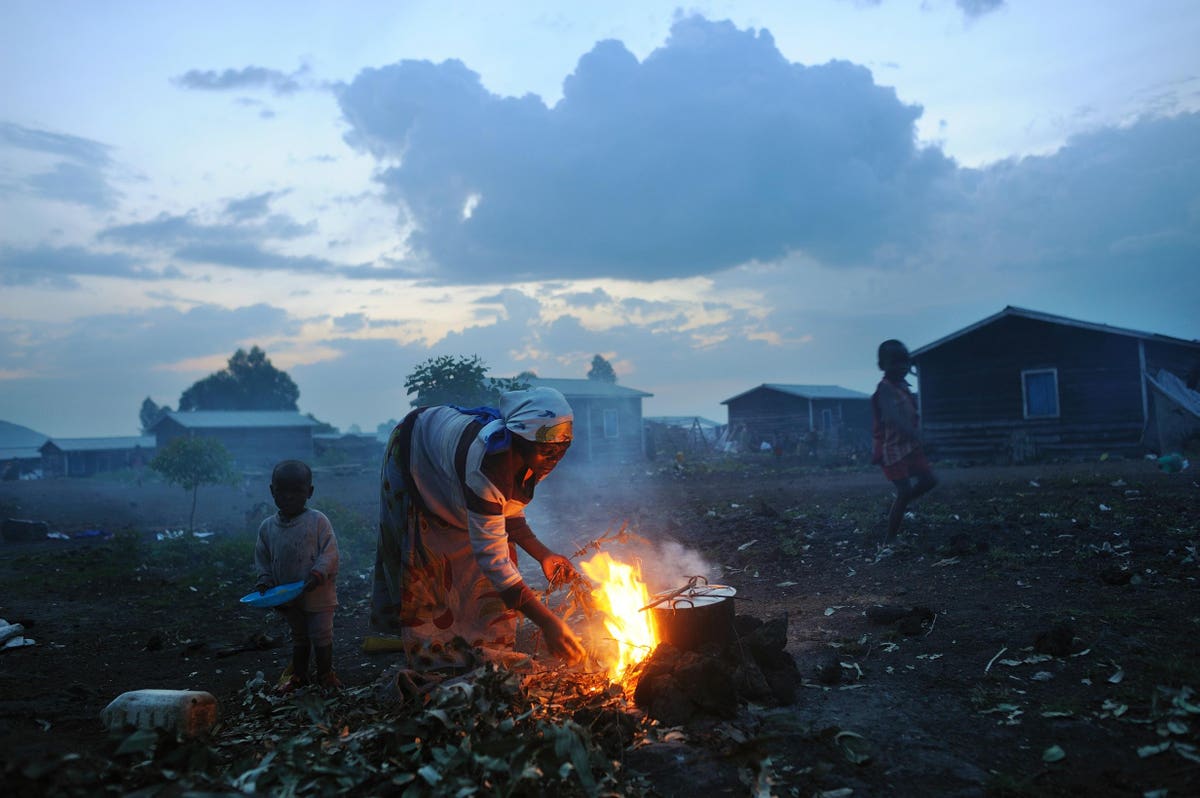 Refugees crowded into squalid camps is not a new mental image. The numbers of refugees are continuing to climb globally. This year 274 million people were recorded to be in need of humanitarian assistance, of which 100 million are refugees. The Russian invasion of Ukraine not only brought this to Europe but to many states in the global south dependent on Ukrainian foodstuffs. This humanitarian crisis is not just a disaster on its own terms but is also an underappreciated part of our modern energy crises.

Paradoxically as more and more people are forcibly disconnected from energy grids and forced into refugee camps, these individuals’ per capita energy consumption increases despite individuals using less.

The figures are staggering. Only 11 percent of displaced persons have access to individual energy outlets, and 9 out of 10 refugees lack access to sustainable light sources. Profound inefficiencies and lack of attention to basic energy needs in refugee and humanitarian policy are creating the worst of all worlds: Energy usage is increasing while providing fewer and fewer benefits.

Over 4 million refugees and 6 million internally displaced persons (IDPs) are already straining European energy infrastructure. Burnouts and blackouts are now endemic problems in Eastern European power grids. Refugees’ reliance on forward-distributed hot meals utilizes much more energy per person through the transport of cooking oils and utilization of smaller inefficient ranges. When winter arrives, poorly insulated tents, barracks, and other “temporary” accommodations will utilize vast quantities of electricity, keeping its inhabitants warm with less efficient portable fuels or depend on blankets and shawls, which must not only be produced but transported en masse.

If agencies cannot solve these problems, refugees themselves will. Unfortunately, like most unorganized mass actions, the results will be undesirable. In Lebanon, Syrian refugees worsened “levels of solid waste, air and water pollution and sanitation” to avoid mortal danger. Likewise, Bangladesh was environmentally impacted when Rohingya refugees destroyed 3 713 acres of critical reserve forests, accelerating deforestation and increasing air pollution from more than 100 tons of human waste so they could cook food.

In Uganda, refugees from the Democratic Republic of Congo and South Sudan had to create their own ad hoc energy infrastructure, which damaged the relationship between refugees and hosts.

While governmental and intergovernmental actions are lacking, there are few active Public-Private Initiatives to address this energy problem. The NGO Practical Action has partnered with Ikea Foundation and other humanitarian NGOs in the Renewable Energy for Refugees project (RE4R) to provide sustainable energy access for refugee camps in Rwanda (Nyabiheke, Gihembe, and Kigeme) and Jordan (Irbid). The project takes a total energy access approach, which provides “energy access for households, enterprises, and communities in displaced settings.”

Chatham House led the Moving Energy Initiative with a consortium of private and public actors to provide renewable and sustainable energy solutions, as well as policy recommendations, to refugee camps in Jordan, Kenya, and Burkina Faso. International Renewable Energy Agency (IREA) partnered with UNHCR to address clean and affordable energy solutions in humanitarianism and to contribute to UNHCR’s Global Strategy for Sustainable Energy 2019-2024. Their findings pointed to an opportunity for leverage in solar mini-grids, which can provide refugees with electricity access.

These small-scale projects have all been successful but require more charitable support to be scaled up and help solve their energy problems. Thankfully the solutions to this problem are primarily logistical and, if implemented, would save host countries money. Unfortunately, all these scientific solutions require political will and organization for a constituency that rarely has deep political influence.

Refugee problems have energy policy implications. The sooner international aid organizations and the donor community realize this, the sooner practical solutions can be leveraged to solve both problems. Despite controversial optics, long-term energy planning for refugees will accelerate repatriation, yield better humanitarian outcomes, and help protect the environment.