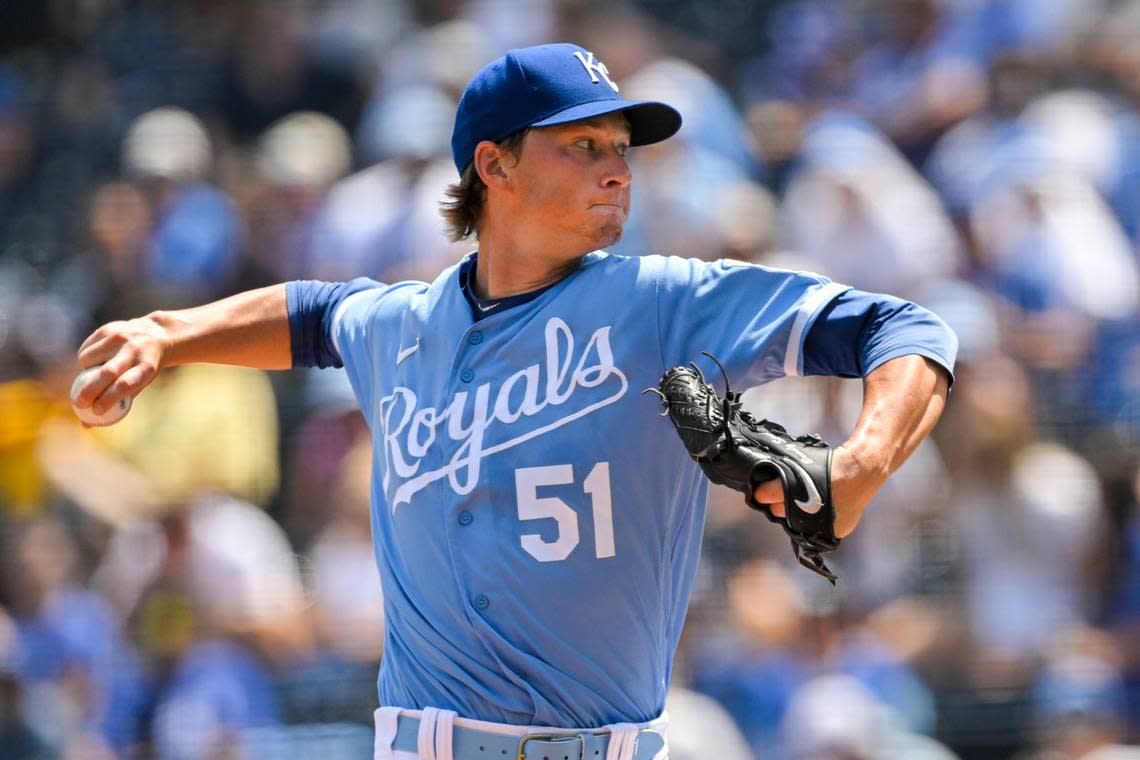 The Los Angeles Dodgers were a runaway freight train on a streak not seen in 100 years, with an outstanding lineup laden with All-Stars and multiple former MVPs. But Kansas City Royals starting pitcher Brady Singer was unmoved by his opponents’ accolades, streaks and resumes on Sunday afternoon.

Singer took the mound against the majors’ hottest team and dominated thoroughly for six innings, setting the Royals on the path to a 4-0 win in front of an announced 18,481 in attendance for the finale of a three-game series at Kauffman Stadium.

Singer pitched six scoreless innings an held the juggernaut Dodgers to one hit. He struck out seven and walked three.

The Dodgers had became the first National League team to win 12 straight games by multiple runs since the Pittsburgh Pirates had a 13-game streak in 1922.

In his last five starts, Singer has allowed just six earned runs. Those starts have included matchups against the Dodgers, who own the best record in the majors, the AL East-leading New York Yankees and the playoff-contending Chicago White Sox.

The Dodgers and Yankees are the top-scoring teams in the majors.

This story will be updated.