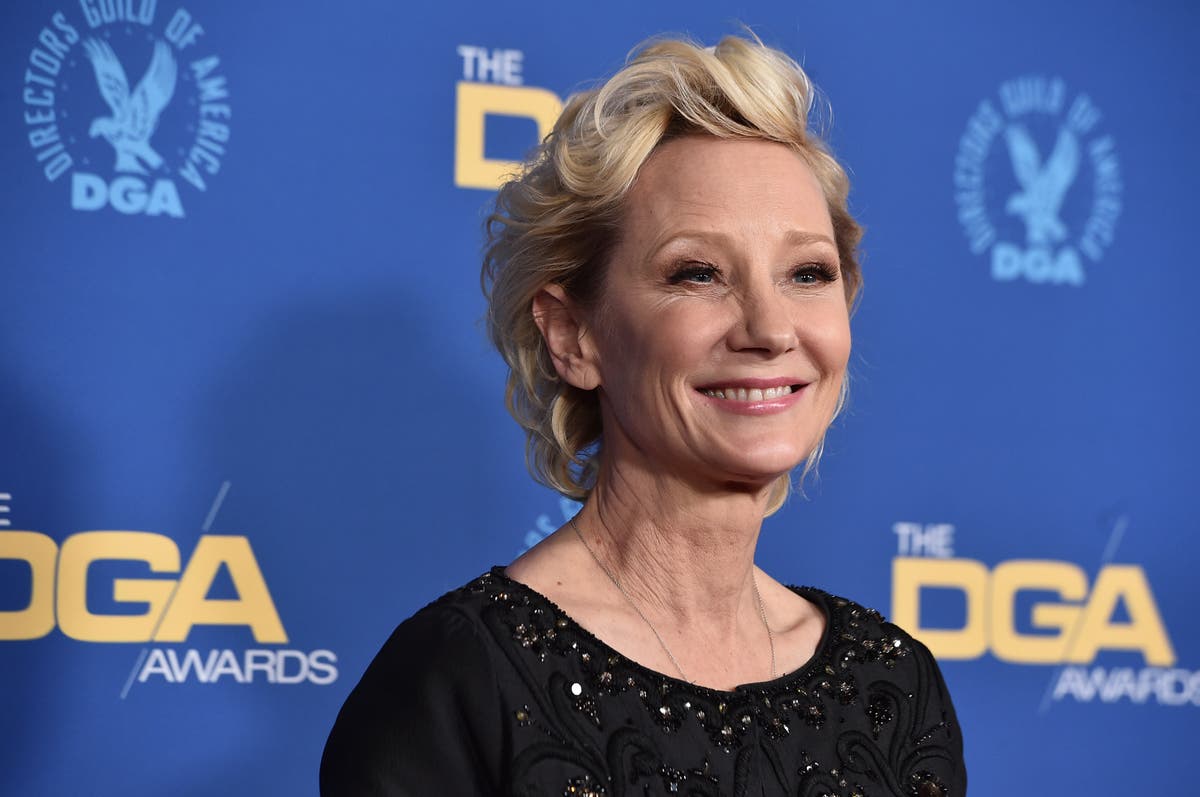 Anne Heche will be taken off of life support on Sunday afternoon after matching organ donor recipients were identified, according to her spokesperson.

The actor was pronounced brain-dead on Friday, a week after she crashed her Mini Cooper car into a house in Los Angeles, sparking a huge blaze that left her hospitalised in a coma.

She was kept on life-support while recipients were identified and surgeons are ready to perform the implants once she is removed from it, according to NBC News. It is not known which organs, or how many, will be donated.

Under California law, she is already considered legally dead.

“While Anne is legally dead according to California law, her heart is still beating, and she has not been taken off life support so that One Legacy can see if she is a match for organ donation,” Heche’s spokesperson said in a statement on Friday.

Heche, 53, was behind the wheel of the car when she left the road at a T-junction and careened into the house in the Mar Vista neighborhood of the city on 5 August.

LAPD had been investigating her for felony DUI after blood tests found drugs in her system, but authorities have confirmed that following her death they would close their investigation into the incident.

“As of today, there will be no further investigative efforts made in this case,” the department announced on Friday.

“Any information or records that have been requested prior to this turn of events will still be collected as they arrive as a matter of formalities and included in the overall case. When a person suspected of a crime expires, we do not present for filing consideration.”

Witnesses say that the crash came after Heche first smashed her car into the garage of a nearby apartment complex.

Residents of the apartment complex tried to get Heche out of the car but she drove off before they could stop her, according to TMZ.

Her car was then caught on surveillance video driving through the neighborhood at high speed, before leaving the road at a T-Junction and careening into the home.

The fire was so intense that it took 59 firefighters an hour to bring it under control, according to LAFD.

Heche suffered serious burns in the accident. After being removed from the badly damaged car, she was rushed to hospital.

Initially, her representatives stated that she was in a “stable condition” but on Monday 8 August, they announced that she had gone into a coma and was in a “critical condition.”

The Emmy-winning actor rose to stardom in the 1990s and appeared in movies such as Donnie Brasco, Six Days Seven Nights and Return to Paradise.