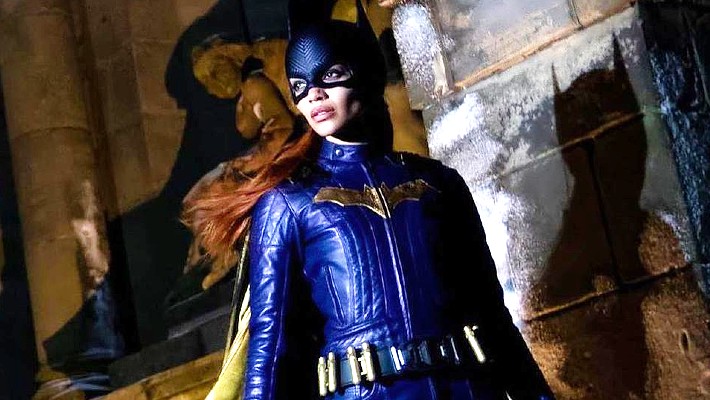 There is a lot going on in the superhero world. Marvel is over in one corner mapping out their next decade or so of releases, while in the other corner, DC has already axed their 2022 Batgirl release and seems to be scrambling to keep up with Marvel’s jam-packed schedule.

Warner Bros. Discovery CEO David Zaslav has made it clear that he is shifting focus for the DC universe, and restructuring a plan similar to Marvel Studios CEO Kevin Feige‘s “phases” (Marvel is currently wrapping up Phase Four). The aim is to “reset” the DC film timeline and bring in some fresh new faces and stories, like Lady Gaga in the new Joker installment, which may or may not be a musical?

But Joker: Folie A Deux is currently the only movie in development since the Warner Bros Discovery merger. There are several other movies DC has lined up, including Shazam! Fury Of The Gods, Dwayne Johnson’s Black Adam which is still slated to hit theaters in October, and, of course, Jason Momoa in the latest Aquaman installment. Then there is the Ezra Miller problem.

Despite being arrested in Hawaii, getting accused of holding a family captive on a remote farm in Vermont, allegedly grooming multiple minors, and most recently being charged with burglary, Miller has still allegedly been shooting scenes for The Flash all summer. That movie, somehow, is still slated to be released next summer, assuming Miller stays out of jail. If DC decides not to move forward with that, it will have a bigger (and more expensive) problem on its hands.

Other potential films on the DC horizon include a sequel to Matt Reeves’ Batman, though no sequel has been greenlit as of right now. Of course, there is Wonder Woman 3 and the next Superman adaptation in the works, but both have been stuck in development and there is no production news about them moving forward.

Initially, DC wanted to follow in Marvel’s footsteps and create a series of streaming shows to introduce characters and then bring them to the big screen, but they seem to have abandoned that idea in favor of focusing on big-budget movies.

Right now, it seems like DC is sitting in limbo trying to map out its next move, though they don’t have anyone to take the reigns. Walter Hamada has been in charge of DC Films since 2018, though according to reports, the producer nearly resigned after Batgirl got shelved. He will stay on with the company until Black Adam, but who really knows what the future of DC will be after that?

(Via Variety and The Hollywood Reporter)