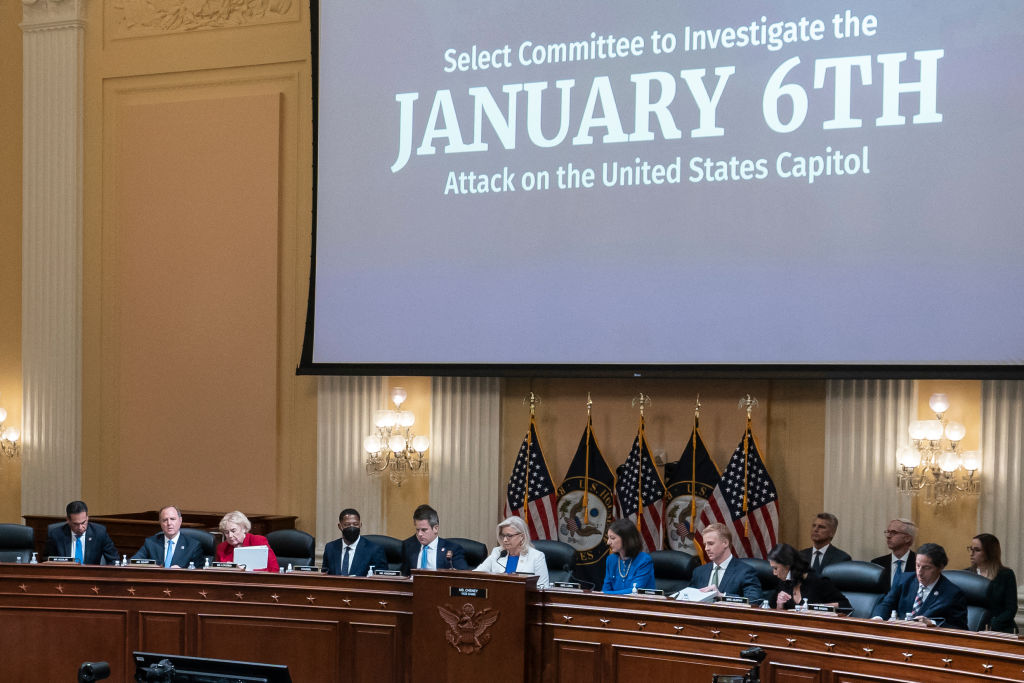 What America saw on Jan. 6, 2021, was not an aberration but a glimpse at what truly lies just beneath the surface of modern American politics – an angry and dangerous confederation of individuals and organizations, fueled by grievance and white supremacy, whipped into a frenzy by demagogic fear-mongering and a steady diet of misinformation. As the House Select Committee hearings on the Jan. 6 Capitol attack have made abundantly clear, American Democracy is under attack.

During these hearings, committee members and witnesses have painstakingly recounted the insurrectionists’ determined and illicit efforts to stage a coup in broad daylight. The greatest threat to our freedom comes not from foreign adversaries but from those among us who would pervert our democratic institutions and turn them into tools of authoritarianism.

The brazen violence of the attackers and the flagrant disregard for the rule of law left many Americans calling for criminal charges. That is a worthwhile goal. But, regrettably, criminal convictions may prove elusive. The Department of Justice will only prosecute if it believes it has proof of a crime beyond a reasonable doubt, and the bar for a conviction is high.

Even successful prosecutions may not be enough to stem the rising tide of authoritarianism as many Trump supporters continue to glorify the attack and sympathize with its participants. In some cases, the apologists are the worst actors of all. While justice must be done, we must be willing to take every legal and political avenue available to hold the insurrectionists accountable and prevent another attack from happening again.

First, civil litigation is critical in ensuring that every insurrectionist, from those who physically laid siege to the United States Capitol to former President Donald Trump himself, is held accountable. The Lawyers’ Committee for Civil Rights Under Law is already pursuing action in a federal civil rights lawsuit against Donald Trump, his extremist allies and co-conspirators. Our clients are eight Capitol Police officers who put their lives on the line to protect the votes and voices of everyone in this country–especially Black voters and other voters of color who have been the targets of disenfranchisement schemes.

In Smith v. Trump, we argue that the Jan. 6 attack, led by several self-described white supremacists, violated the Ku Klux Klan Act of 1871. As the lawsuit alleges, former President Trump and others deliberately spread election fraud claims that targeted cities with large populations of Black voters, such as Detroit, Atlanta, and Philadelphia and incited violence against members of Congress and the law enforcement officers whose job was to protect them. Maliciously targeting those charged with conducting and protecting the certification of our elections mocks the very ideals of our constitution. Donald J. Trump, former president or not, is not above the law and deserves no special exemption in a court of law.

Active engagement in the political process is also critical. The attack on our democracy began long before a violent mob marched on the Capitol, determined to overturn a free and fair election. It was another battle in a struggle that spans generations, carried out by those who seek to impose their will through counter-majoritarian policies and spread hate through white supremacy across the United States.

Today, these forces are hard at work inside and outside the halls of government. Some of them are running for elected office in states across America, openly campaigning on The Big Lie and determined to hijack the infrastructure of government to disenfranchise those with whom they disagree.

Every American must stand up against the rising tide of hate and fascism as its emboldened agents step out of the shadows and into elected office at all levels of government. We must be clear: white supremacists and enemies of democracy have no place serving as the administrators of our elections, as the authors of our laws, or as the executives of our government agencies. The next attack on our democracy may not be as dramatic as armed militia members crashing through windows at the Capitol, but it will be no less damaging.

We must also continue the fight to expand participation in our democracy. First and foremost, that means protecting access to the ballot. At the state level, conservative legislators have enacted new draconian voting laws designed to restrict ballot access for Black and brown voters, young voters and any voting bloc they see as a threat to their electoral success.

Most insidiously, they have “otherized” these groups, creating a false narrative that they are undeserving of participating in our democracy. This type of rhetoric only emboldens violent white supremacists, permitting them to harass and harm people from marginalized communities.

Indeed, through our role as convenor of the Election Protection Coalition, the Lawyers’ Committee has seen a dramatic increase in complaints from voters of color about intimidation and harassment. This is why, despite prior failed efforts, President Biden and Congress must do everything they can to enact core voting rights protections like those laid out in the John Lewis Voting Rights Advancement Act, which would reinstate and strengthen the key components of the Voting Rights Act of 1965.

To be clear, the recently introduced bipartisan revisions to the Electoral Count Act are essential. Still, they do not cover the same ground as critical civil rights provisions in the Voting Rights Act. Democracy will not be safe if Congress only does half the job.

As this phase of the Jan. 6 hearings draws to a close, we know the clock is ticking. Americans must act quickly to confront the lies that fueled the violence on Jan. 6 to repair the damage done to our country and to deter future efforts in upcoming elections in 2022 and 2024.

We must also prepare for more illegal power grabs and schemes to subvert the will of the people. This fight is only just beginning.

OP-ED: Healing Democracy Requires Everyone To Show Up No Matter The Odds