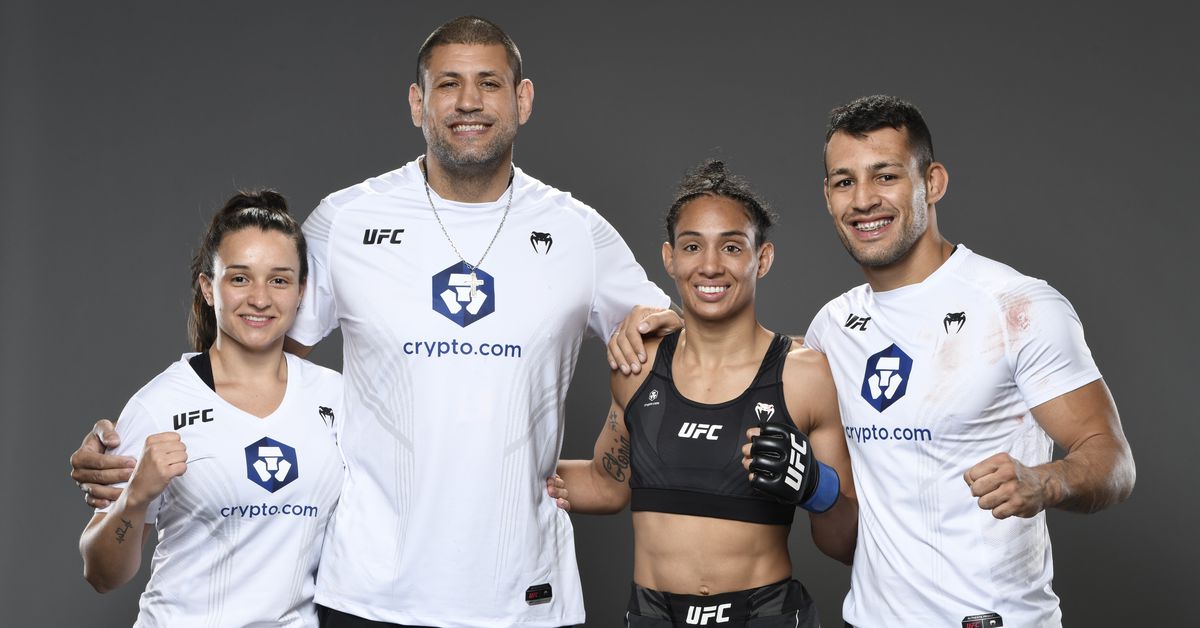 UFC fighter Taila Santos has been accused by two former coaches and a manager of not paying them for her past three UFC bouts, including a 125-pound title fight with Valentina Shevchenko, but Santos denies the accusations.

Santos’ former head coach and manager Marcelo Brigadeiro claims Santos of not fulfilling their contract after parting ways with his gym over a year ago, including not paying his percentage for her fights with Roxanne Modafferi, Joanne Wood and Shevchenko. Brigadeiro told MMA Fighting he will file a lawsuit in the coming weeks.

Marcio Malko, who has coached Santos for those three contests, already filed a lawsuit. MMA Fighting obtained the suit, in which Malko state the UFC flyweight paid him for the Modafferi and Wood training camps, but refused to pay after challenging Shevchenko for the title in Singapore in June. According to the lawsuit, Malko is asking for 20 percent of her UFC 275 pay ($150,000 flat purse, and $32,000 of the “Athlete Outfitting Policy”), a total of $36,400.

Patricio Barbosa Farias, a brown belt in jiu-jitsu and the brother of Santos’ husband and coach Pedro Barbosa Farias, told MMA Fighting he was left with a R$15,000 debt ($2,935) after not fulfilling a verbal agreement to train her after leaving Malko’s team.

Patricio told MMA Fighting he doesn’t have funds to pay a lawyer to seek justice, but has filed a police report for embezzlement on Aug. 5 against his brother and the UFC fighter. In the police report, which was obtained by MMA Fighting, Farias said he was invited to coach Santos and set to make 3% of her upcoming purses and eventual sponsorship deals, plus reimbursement for expenses after moving to a different city, but wasn’t paid after three months.

Santos released a statement to MMA Fighting on the situation. Regarding Brigadeiro’s accusations, Santos said they are in the process of splitting what she called an “abusive” deal. Santos filed a lawsuit against Brigadeiro, a member of MTK Global at the time. MMA Fighting obtained the lawsuit filed in December 2021, in which Santos claims she “couldn’t even read [the contract] or keep copies of it,” and couldn’t understand how “abusive and illegal the clauses of the contract were” since she didn’t have proper education. Santos accuses Brigadeiro of trying to book her against another athlete managed by him in the UFC in 2021, and turning down a replacement without her knowledge. Santos is seeking R$24,724 ($4,820) in her lawsuit.

Brigadeiro told MMA Fighting the “situation was very disappointing for me” because “I was with her since her second professional fight. She lived in my house for more than two years, I treated her as a daughter, and was very upset with that happened. But we had a contract and it wasn’t respected, and now we’ll decide in court who’s right and who’s wrong. I have nothing person against her, but I was always very professional with everybody I’ve ever dealt with and I hope people are [professional] with me.”

As for Malko’s lawsuit, Santos said she doesn’t agree with the amount asked by the coach, claiming they don’t even have a contact signed, and said it will be proven in court. In the case of her brother-in-law, Santos referred to his statements as “false accusations.”

Santos said her husband decided to help his brother, who was unemployed and working as a Uber driver in a different city, offering him the opportunity to work as a jiu-jitsu coach. Farias also helped in the construction of her new training center and was paid for it, Santos said, but was demoted from his gig as jiu-jitsu coach after disagreements with another member of the team, causing “great personal instability.” Farias told MMA Fighting he was paid for the construction service, but only that.

Malko released a statement to MMA Fighting in which he said “we set up a career plan for her in which I promised her that we would get to a title shot within four fights or two years, but Taila was already in the octagon fighting the best flyweight in the world after two fights, 12 months total. … I still haven’t been paid the amount agreed for my services. The only thing she has done after the fight was send me a letter admitting how much she owes me, but wouldn’t honor her part of the deal.”

The 297-page suit filed by Malko includes a letter he attributes to Santos and her team, in which she allegedly called their deal “abusive,” saying she was persuaded to agree because she was in an “unstable financial situation.” Instead of the $36,400 amount asked by Malko, Santos allegedly offered to pay $5,200.