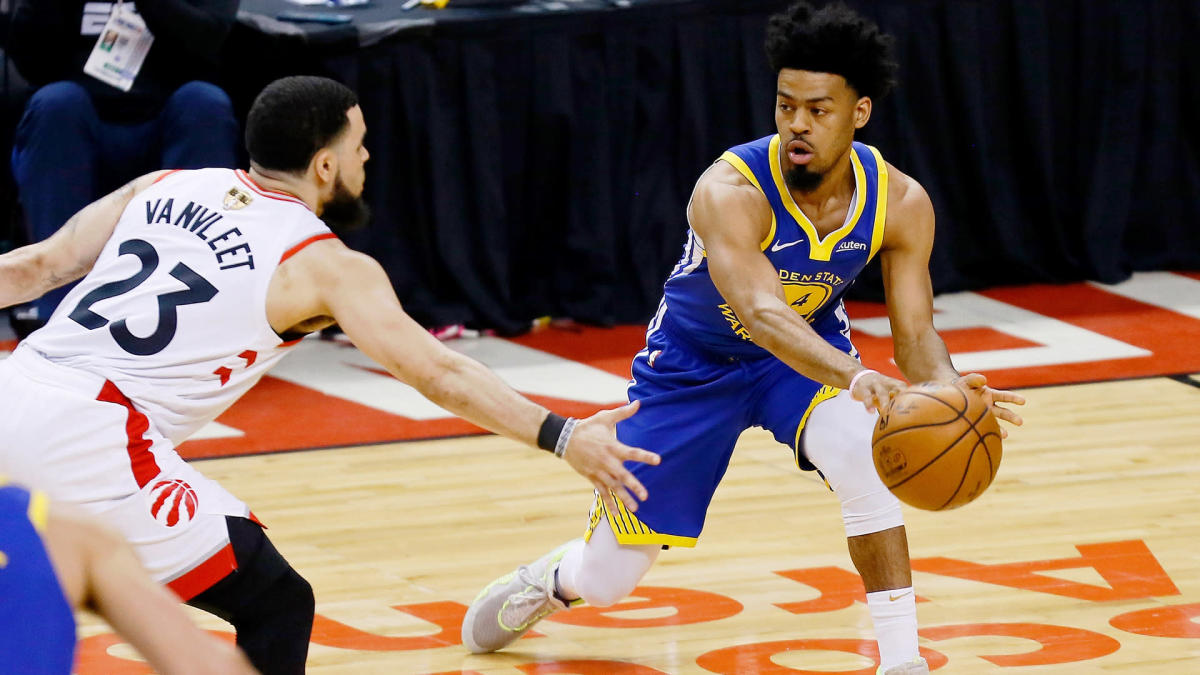 After spending last season in the G League, Quinn Cook could be on his way back to the NBA.

The Kings have agreed to sign Cook to a one-year contract, Andscape’s Marc J. Spear reported on Monday evening, citing a source. The two-time NBA champion last played in the league with the Cleveland Cavaliers in 2020-21 and will compete for the Kings’ third point guard spot, per Spears.

At 29 years old, the deal marks a potential NBA comeback for Cook after playing for the Stockton Kings last season. Sacramento could utilize Cook’s veteran presence behind De’Aaron Fox and Davion Mitchell, two young point guards that round out the team’s fresh-faced core.

And his familiarity with former Warriors assistant and new Kings coach Mike Brown might just give him an edge over fellow offseason addition Matthew Delladova.

Cook has plenty of NBA playoff experience, having won titles with the Warriors in 2018 and the Los Angeles Lakers in 2020. The point guard has appeared in 188 NBA games across his career and averaged 6.4 points, 1.6 assists and 1.7 rebounds per contest.

During that time, Cook also shot 40.8 percent from behind the 3-point line.

After helping Golden State and the Lakers both win championships, Cook played in just 23 games for both Los Angeles and the Cavaliers in 2020-21. His last NBA game was on March 26, 2021, when he played 14 minutes for the Cavaliers against the Lakers and scored nine points on 3-of-8 shooting from the field and 1-of-3 from behind the arc.

RELATED: Where Kings roster stands after agreeing to Bazemore deal

Cook wasn’t able to find an NBA home last season and tweeted in March that a return to the league would be “the proudest moment” of his career thus far.