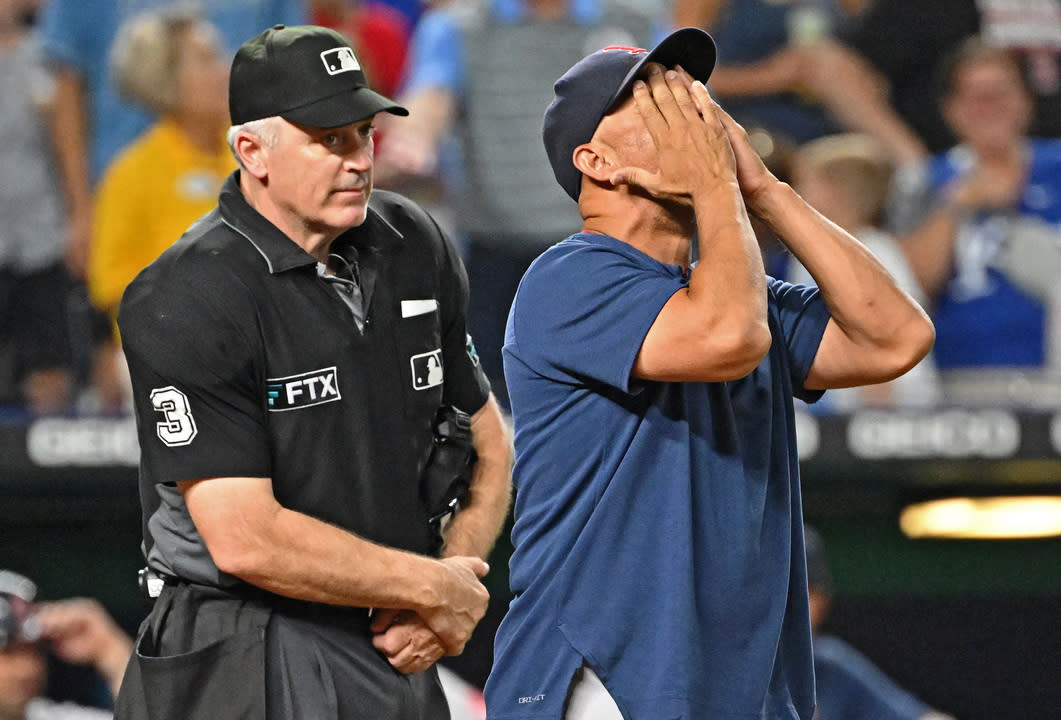 The Boston Red Sox are now in last place in the AL East after losing three out of the last four games to the Kansas City Royals. The games between the Sox and Royals marked the first full series for both teams since the MLB trade deadline on August 2.

Prior to the deadline, Chaim Bloom and the Red Sox traded starting catcher Christian Vazquez to the Houston Astros in exchange for two prospects. The Sox also acquired catcher Reese McGuire from the Chicago White Sox for pitcher Jake Diekman. Outfielder Tommy Pham and first baseman Eric Hosmer joined the Sox roster via trades, as well.

Players on the team, such as shortstop Xander Bogaerts, had hoped that the front office would help add talent to the roster ahead of the MLB trade deadline. With the Hosmer trade addressing the Red Sox’ problems at first base, there was a possibility that the team would get the boost needed to contend with the strong field of AL East teams, even after the Vazquez trade.

Now, the team has fallen into last place in the AL East, sitting 3.5 games behind the Baltimore Orioles. Currently, team morale might be the main issue for the Red Sox.

Boston manager Alex Cora getting thrown out of Thursday’s game against Kansas City probably does not help the team’s morale. Cora was ejected from the game in the seventh inning after arguing with home plate umpire Bill Welke over a home run call.

“It’s the second year in a row now that this team has reacted, and I get it. It’s emotional. I’ve been there. But, at some point, it’s like you still have 50-some odd games to go,” former Red Sox infielder Lou Merloni said Monday on NBC Sports Boston.

“It seems like for the second year in a row they feel sorry for themselves. We can bitch and moan all we want, but they still gotta go out and play games. They shouldn’t be losing three out of four [games] to Kansas City.”

After just one series, it is difficult to properly judge whether or not the Red Sox have fully given up after the trade deadline. Either way, one thing is clear: Alex Cora and veteran players must help boost morale in the clubhouse if the team wants any chance of increasing its playoff odds.

Check out Merloni’s full comments in the video above.