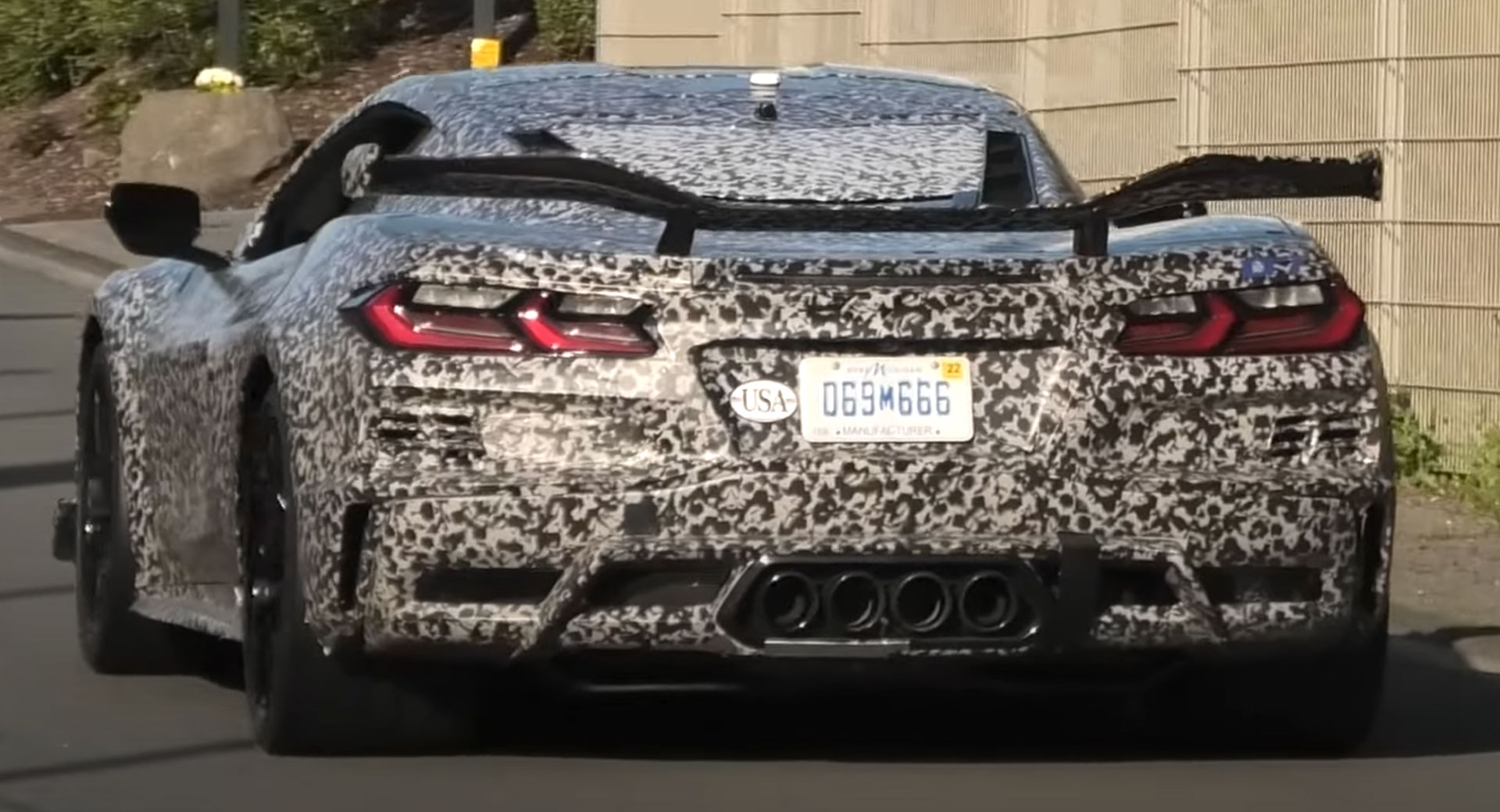 The 2023 Chevrolet Corvette Z06 is exciting for a lot of reasons, most notably as it features a bespoke engine not used by any other road-going Chevy. In this clip, we get a taste of just how brutal this engine is.

While the following video was only recently shared to YouTube, it shows various Corvette Z06 prototypes that were spied near the Nurburgring throughout 2021. As such, they are bathed in camouflage but we do get an excellent opportunity to hear the engine in full flight.

The 5.5-liter naturally-aspirated V8 of the Corvette Z06 made its first appearance in the C8.R race car a couple of years ago, initially prompting speculation that Chevy wouldn’t be developing an all-new engine for a race car without also installing it in a road car. As it turns out, those reports were correct and the automaker did indeed take this race-proven engine and slot it into the new Z06.

This engine is unique for a Corvette as it features a flat-plane crank, which is one of the reasons why it sounds just so damn special. It also rocks forged aluminum pistons, titanium connecting rods, dual throttle bodies, and four-into-two-into-one stainless steel exhaust headers. The engine is rated at 670 hp and 460 lb-ft (623 Nm) of torque, making it the most powerful naturally-aspirated V8 ever used in a production car.

Chevrolet officially opened order books for the 2023 Corvette Z06 on July 28. Prices start at $106,395 for the Z06 1LZ and rise to $115,595 for the 2LZ and $120,245 for the 3LZ. The convertible variant adds an extra $7,000 to the price tag of each trim level. The available $8,995 Z07 Performance package will likely prove popular among shoppers and features new FE7 suspension, Brembo carbon ceramic brakes, underbody strakes, and Michelin Pilot Cup 2R ZP tires.