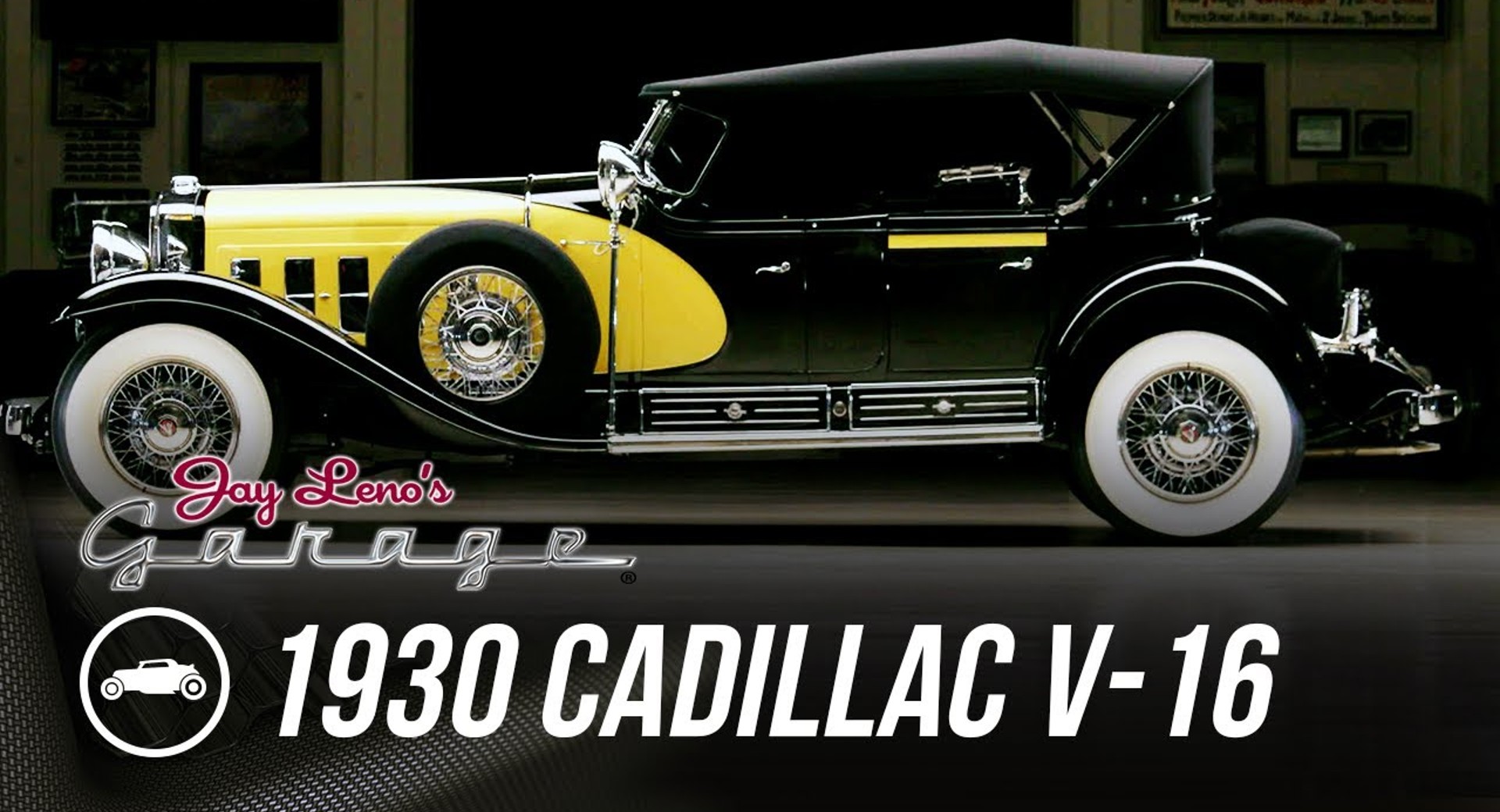 Cadillac is working hard to regain its place in the automotive world as one of the most sought-after luxury brands. Around a hundred years ago it was building cars that were unquestionably impressive. Now, Jay Leno is driving the car that he says put Cadillac on the map, a 1930 V16 452A.

When Cadillac first announced this car they told everyone that it would arrive with a V12 and that made sense as its rivals also had 12-cylinder engines. Secretly though they worked hard to build a V16 model and this is one of those prototypes. In fact, Cadillac was so under the gun to get it completed that they used an older 1928 or 1929 body on the new chassis and drivetrain.

J.B. Nethercutt founded the museum that now carries his name and owns this particular Cadillac. Nethercutt’s great-grandson, Cameron Richards, joins Leno for a tour of the car and points out that this is likely the only V16 Cadillac with this particular body style. As they open the engine compartment, we get a hint of what made this car so special. Yes, that includes the V16 engine but it’s also the way the engine bay was laid out.

Read More: A Look Back At Cadillac’s Previous Ultra-Luxury Concepts

This was one of the very first cars to be so luxurious that even the engine bay was styled with an eye on aesthetics. Leno calls it a work of art saying that it was meant to look like a sculpture. That attention to detail and luxury continues on the road as well.

The big benefit of having so many cylinders is smooth torque-rich power delivery and that’s on display from the driver’s seat according to Leno. Jay compares this car to the Bugatti Chiron saying that in many ways it was an engineering demonstration to show off what GM was capable of. This car made 175 or 180 horsepower, which wasn’t as much as some rivals of the day, but it was far more refined.

It lent well to Cadillac’s desire to be the standard of the world. Today, the Lyriq could be the brand’s first step back up towards the top of the mountain. Could the Celestiq end up being the spiritual successor of the V16 452A? We can’t wait to find out.