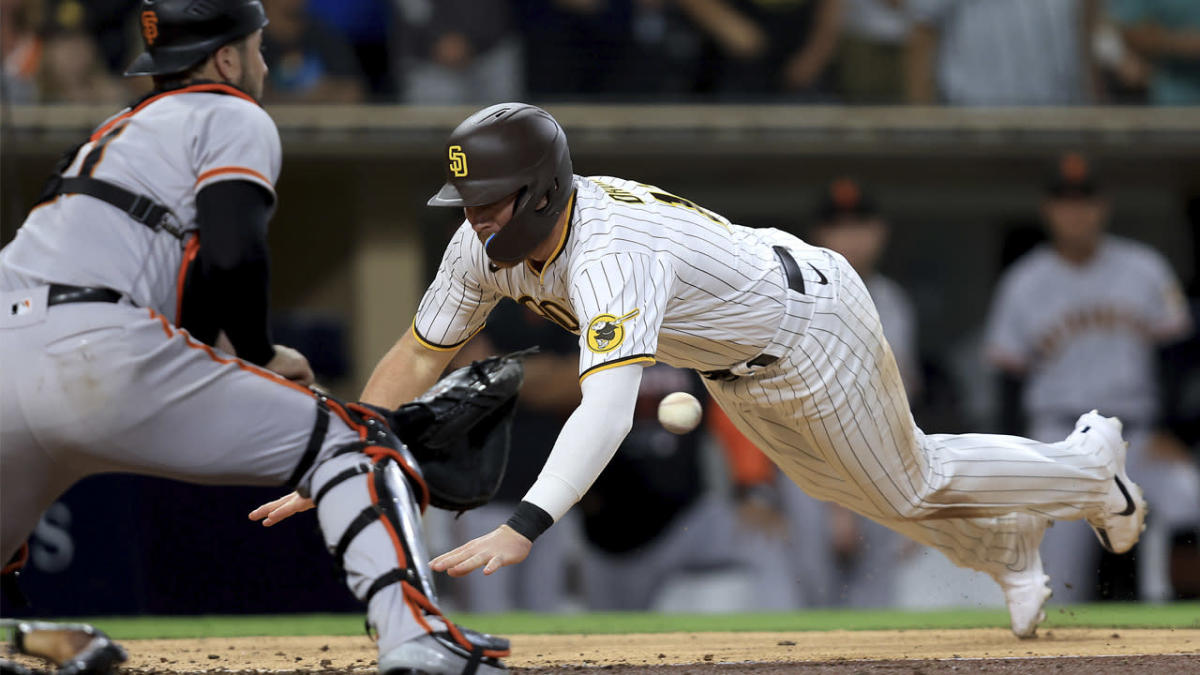 An overturned play at home plate proved controversial during the Giants-Padres game on Monday night — and might have just saved the game for San Francisco.

An incredible seventh-inning relay from left fielder Luis González to cutoff man Brandon Crawford to catcher Joey Bart beat San Diego’s Brandon Drury to the plate after he was sent from first base on Ha Seong-Kim’s double, but the base runner was called safe at home.

The run would have tied the game at 1-1, but the call was overturned upon review after officials ruled Bart’s tag landed on Drury’s arm before his head-first slide could get underneath it.

With that, the Giants finished the top of the seventh with a 1-0 lead that held until the end of the game and earned them the series-opening win.

Padres fans were clearly upset with the call, as play had to be paused so that a ball girl could collect items that were thrown onto the field after the review.

The call proved pivotal in a must-win game for the Giants, who came into Monday’s game 6 1/2 games back of a wild-card playoff spot.