Group A rallying doesn’t really get the respect of the fire-breathing Group B days, but the world is starting to come around on the era. And Chris Harris makes a good argument for why.

Driving an ex-works Lancia Delta Integrale Group A from 1991, he gets all gushy. To be fair, it isn’t just any Lancia Delta. This specific car is the last factory Lancia to ever win a rally, and the list of drivers who have taken the wheel is nothing short of amazing.

Because it was a works test car, as well a competition car, Juha Kankkunen, Didier Auriol, Andrea Aghini, Ari Vatanen, Markku Alen, Stig Blomqvist, Francois Delecour, and Carols Sainz Sr have reportedly driven the car. That last driver is the one for whom the car is now setup.

“It’s got what they call the ‘Carlos Sainz rack’,” says Harris, referring to its steering rack. He reports that that makes the steering very quick. “The turn-in is just outrageous! Absolutely outrageous.” The gearbox, too, is beautifully precise, with “Swiss watch-like” precision.

The fact that it remains tight and well-built is doubtless due to the recent restoration that was performed in collaboration with two-time World Champion Miki Biasion. That meant repainting the car in its original Repsol livery using the actual, original paint stencils designed for this car at the end of 1992. Even the Michelin slicks are original, though that means that they’re for display purposes only.

The car is powered by a 2.0-liter turbocharged inline-four and Harris reports that when all of the WRC limiters are removed, it makes 370 hp (276 kW/375 PS). That power goes to all four wheels via a six-speed Lancia Abarth R90 transmission.

Best of all, it can be yours. Offered for sale by Collecting Cars, the online auction is set to end on Sunday, August 14, at 2:20 PM U.K. time. 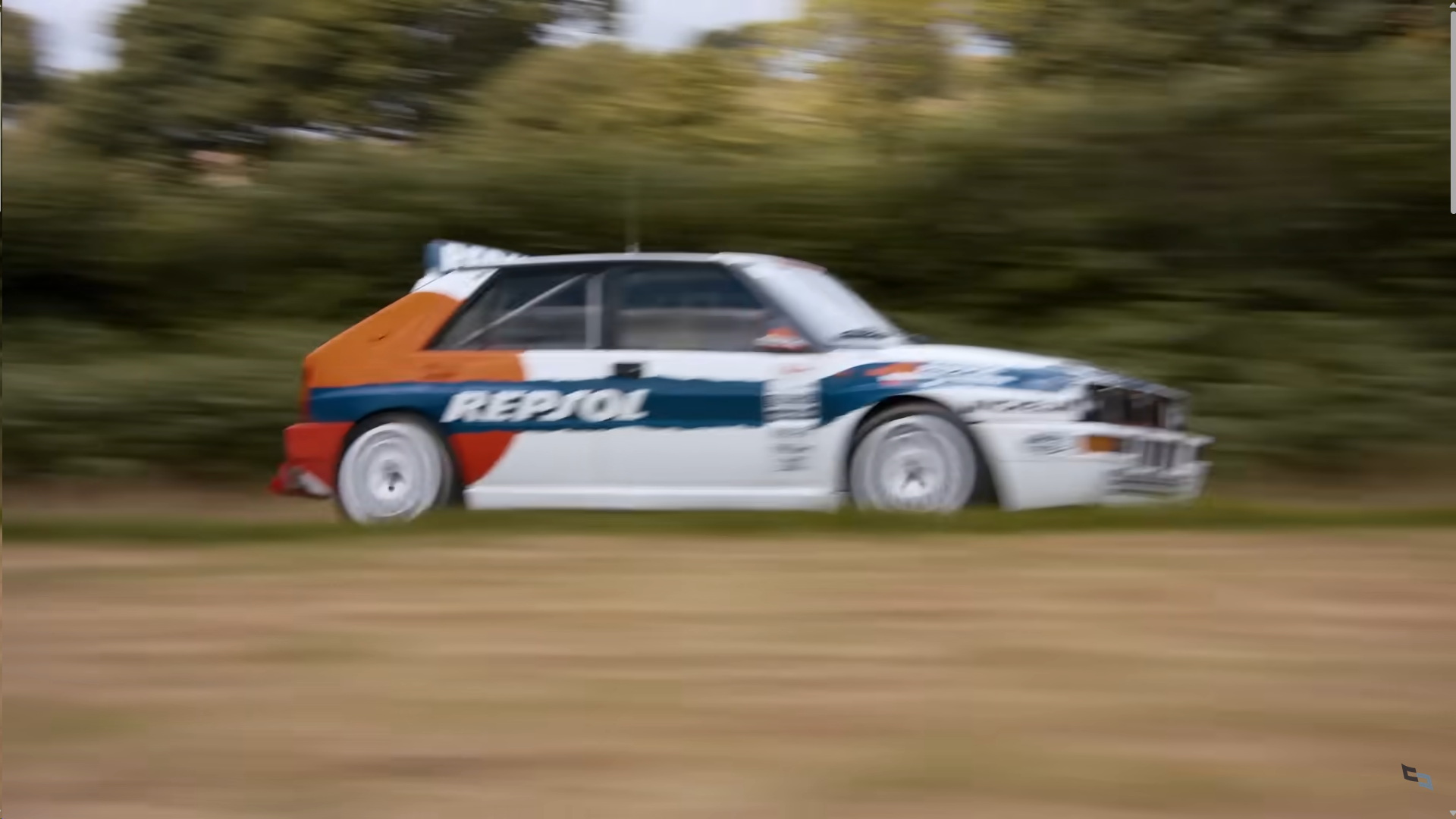