Audi USA announced today that the Audi S1 e-tron quattro Hoonitron, designed and built specifically for Ken Block, will be shown publicly in the U.S. for the very first time at the Rolex Monterey Motorsports Reunion at Laguna Seca during Monterey Car Week.

The one-off EV was made for the driver’s latest addition to his Gymkhana series, which will be called “Electrikhana.” Powered by a pair of electric motors powering all four wheels, and built on a carbon fiber chassis, the car abides by FIA safety standards.

The design of the “Hoonitron” was inspired by one of the brand’s most legendary race cars, the Audi Sport quattro S1. To honor that legacy, it will be shown alongside the example with which Walter Rohrl won the Pikes Peak Hillclimb in 1987. Rohrl’s 10 minute 48 second time was a record, and is now one that can never be broken because the course was changed in subsequent years to eliminate the dirt portions of the track. 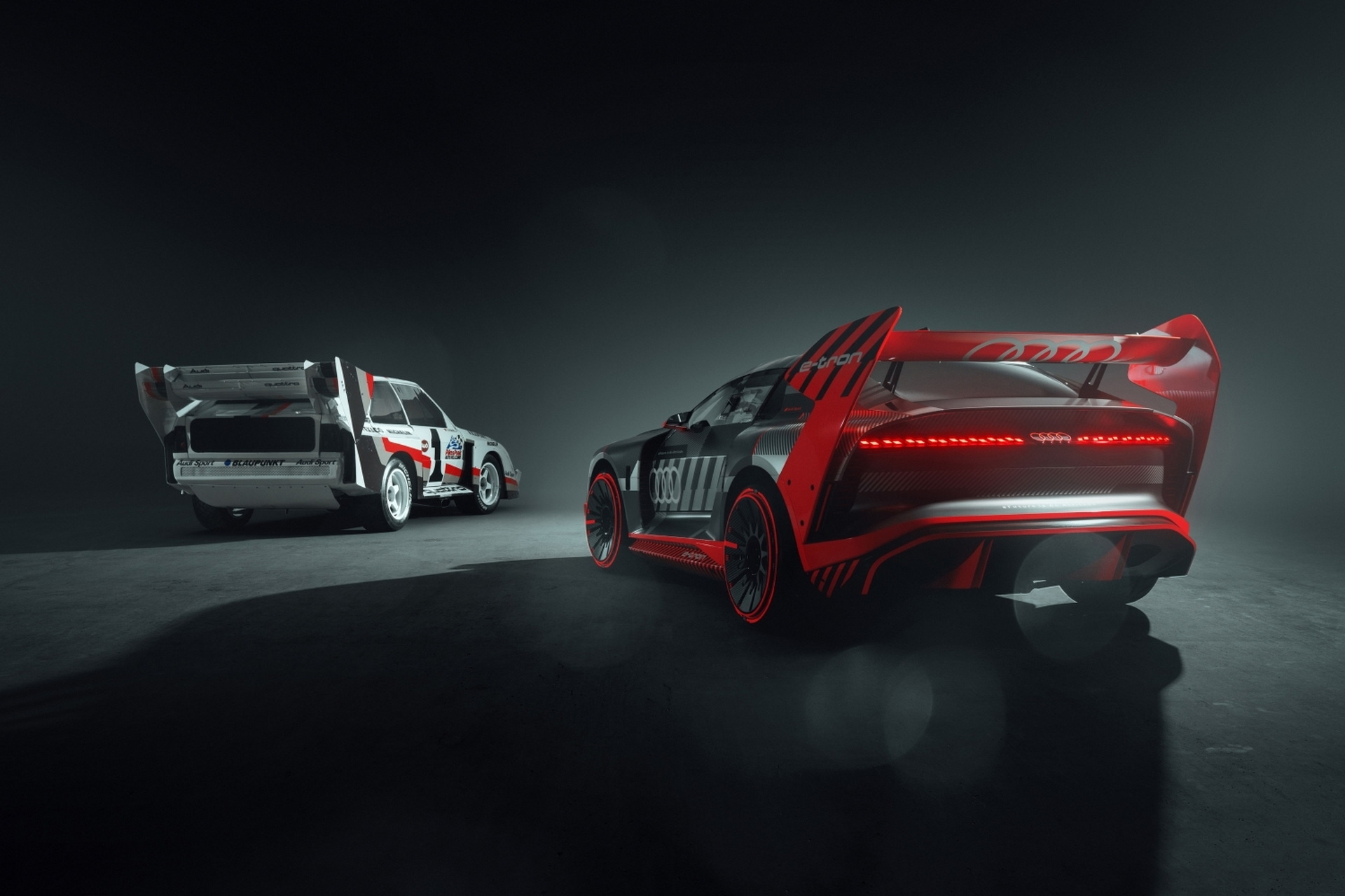 “The S1 Hoonitron combines a lot of what Audi was already famous for in the nineteen-eighties,” said Block when the Hoonitron was first unveiled in December. “I think it’s cool that the Audi designers have been inspired by their own past and uniquely transferred the car’s technologies and appearance into the present.”

Power figures remain a mystery for the Audi S1 e-tron quattro Hoonitron, but Audi’s RS Q e-tron, an electric SUV that competed at Dakar, used two Formula E motors to pump out a combined 671 hp (680 PS/500 kW), which seems like it would be pretty good for Ken Block’s purposes. However much power it makes, Block seems happy with it.

“Audi gave me the opportunity to test it for a few days in Germany,” said Block. “I’m familiar with a wide variety of cars using internal combustion engines and transmissions, but there were a lot of new things for me to learn here. Spinning into a donut at 150 km/h directly from a standstill- just using my right foot – is an all-new experience for me.”