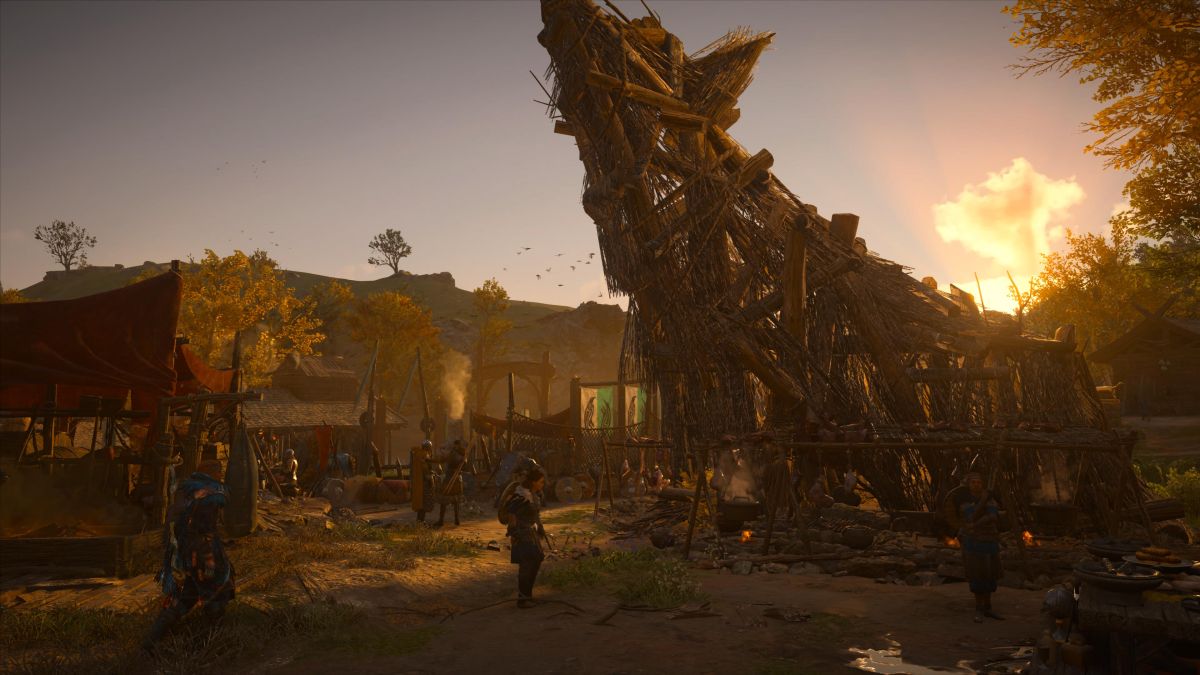 As part of the Sigrblot festival, you’ll need to complete the Feeding the Wolf quest. Your clanmates in Ravensthorpe have many hopes and prayers for the year ahead and as their leader, it’s up to you to decide which god to dedicate an offering to. You’ll get a bunch of tokens for completing this quest which you can use to purchase cosmetics for yourself and the settlement.

Where to find the shrine and letters

Once you’ve returned to Ravensthorpe, you’ll begin The War Effort questline for the Sigrblot festival, and Feeding the Wolf is one of the tasks. Speak with Thyra to get your first lot of instructions, which involves visiting the shrines near the waterfall. To find the shrines, head back to the longhouse and turn right, up towards the waterfalls overlooking the settlement. If you get stuck, use Odin’s Sight to look for the green circle to point you in the right direction.

There will be some letters highlighted at the shrines and there will be three boxes you can pick up. Read all of the letters and decide which offering you’d like to make to the gods—they involve different themes and it doesn’t matter which you choose. Pick up a box and head back to the festival site.

How to make an offering to the gods

Once you arrive back at the festival site, Thyra will be standing in front of a bonfire of a big wolf, so go ahead and throw the offering into it. Afterwards, she’ll tell you to light a torch and decide which god will receive the offering. You can choose from Thor, Baldr and Freya, so go ahead and light the beacon of whichever god you like.

Afterwards, Thyra will tell you to visit the homes of the clan members whose offering you chose. Waypoints will appear on the map, so go and visit them to pick up a letter of thanks and 35 tokens per letter.