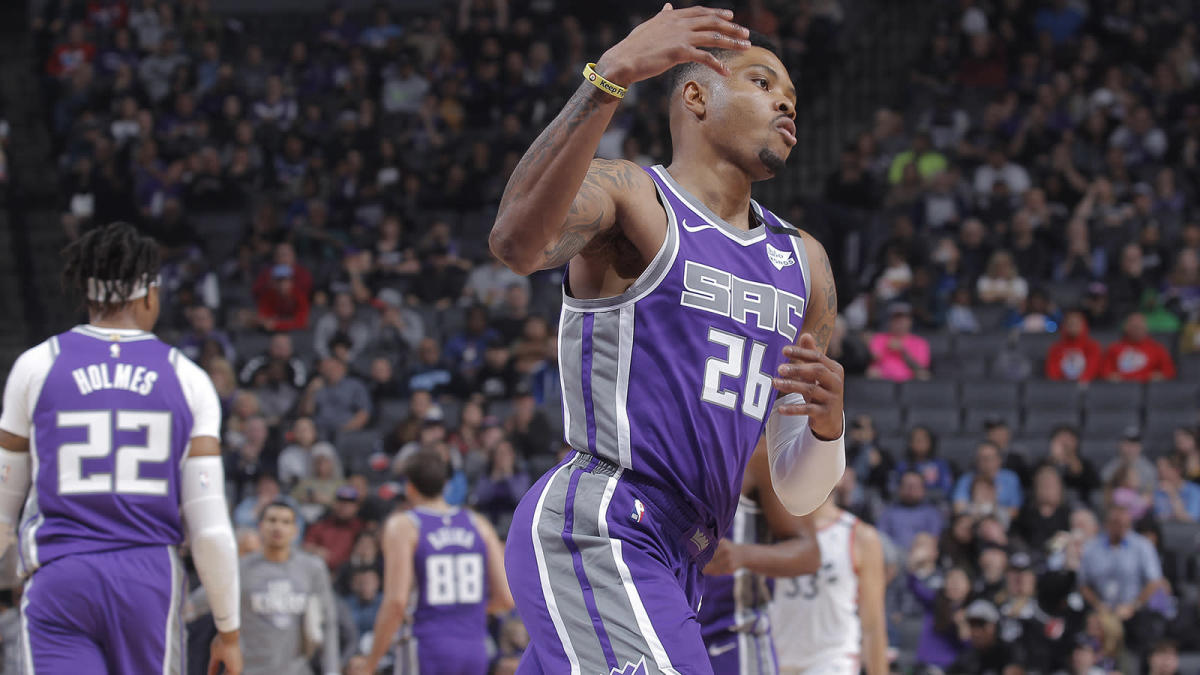 Kings general manager Monte McNair has made numerous crafty moves this offseason, acquiring talent in a variety of ways through trades, the draft, and free agency.

With Sacramento reportedly agreeing to sign Kent Bazemore to a one-year contract on Sunday, the Kings have filled 18 roster spots heading into training camp, including a pair of two-way contracts.

How is the Kings’ roster shaping up after the latest move? Let’s dive in:

Believe it or not, Fox is entering his sixth NBA campaign. In the first season of the five-year contract extension, Fox averaged 23.2 points, 5.6 assists, 3.5 rebounds, and 1.2 steals per game in 2021-22. He has been the Kings’ leading scorer the past three seasons and is expected to do the same once again.

Mitchell will be Fox’s primary backup at the point guard position. The 23-year-old finished his rookie season on a tear, averaging 17.1 points and 7.3 assists over the last 16 contests.

Dellavedova didn’t play in the NBA last season, suiting up for Melbourne United in his native Australia instead. He will try to summon the defensive mindset that made him a folk hero in the Cleveland Cavaliers‘ run to the 2015 NBA Finals.

One of the biggest questions surrounding Brown’s rotation is who will start at the two-guard position between the recently-acquired Huerter and Monk.

Does it matter? Not really. It’s much more important to see who Brown plays in crunch time, but it’s still fun to predict which player will hear his name announced in the starting five on opening night.

Huerter has started significantly more games than Monk — 216 to 38, respectively. However, Monk has more proven chemistry playing alongside Fox, his college teammate at Kentucky.

Aside from Huerter and Monk, Davis is entering the final season of his two-year deal inked last summer. Davis missed the Kings’ final 33 games of the 2021-22 season after undergoing surgery on his right wrist in January and will be looking to carve out a role off the bench.

Barnes was linked to a trade rumor or two in the offseason, but it appears he will return for a fourth full season in Sacramento.

Bazemore, the newest addition to McNair’s depth chart, provides the young roster with another veteran leader alongside Barnes. At his peak, Bazemore was known to be an impact defender with his 7-foot wingspan. He appeared in 39 games for the Los Angeles Lakers last season and averaged 3.4 points in 14 minutes per game.

On a two-year contract, Okpala is an intriguing addition having played for Brown on the Nigerian national team at the 2020 Summer Olympics in Tokyo. Brown once labeled him a candidate to win Defensive Player of the Year at some point in the youngster’s career.

Murray occupied the spotlight all summer for the Kings and couldn’t have represented the organization better. In seven total summer league games — three in the California Classic at Chase Center in San Francisco and another four in Las Vegas — Murray racked up 21.7 points and 7.6 rebounds per contest while shooting 41.2 percent from downtown. He deservedly was named MVP in Las Vegas.

With Murray as the presumed starter, Lyles and Metu will chip in with Barnes and other small forwards at the four, as today’s position-less game of basketball goes.

Metu was responsible for one of the brightest moments of the Kings’ 2021-22 season, knocking down a buzzer-beating 3-pointer as time expired to beat the Dallas Mavericks in December.

Sabonis will take his pick-and-roll partnership with Fox into the 2022-23 season. The 6-foot-11 big man only played 15 games for the Kings after getting traded from the Indiana Pacers at the deadline, averaging 18.9 points and 9.3 rebounds per contest.

Holmes will continue to chip away at Sacramento’s efforts on the glass. He has averaged double-digit points in each of his three seasons with the Kings and had a career year in 2020-21 with 14.2 points and 8.3 boards per game.

After Sabonis arrived in Sacramento last February, Len appeared in just six games and likely will have another minuscule role this upcoming season.

Queta, a three-year star at Utah State, played 14 games for Sacramento as a rookie. Ellis went undrafted this spring out of Alabama, but looked impressive in seven total summer league games, knocking down 46.9 percent of his attempts from deep.