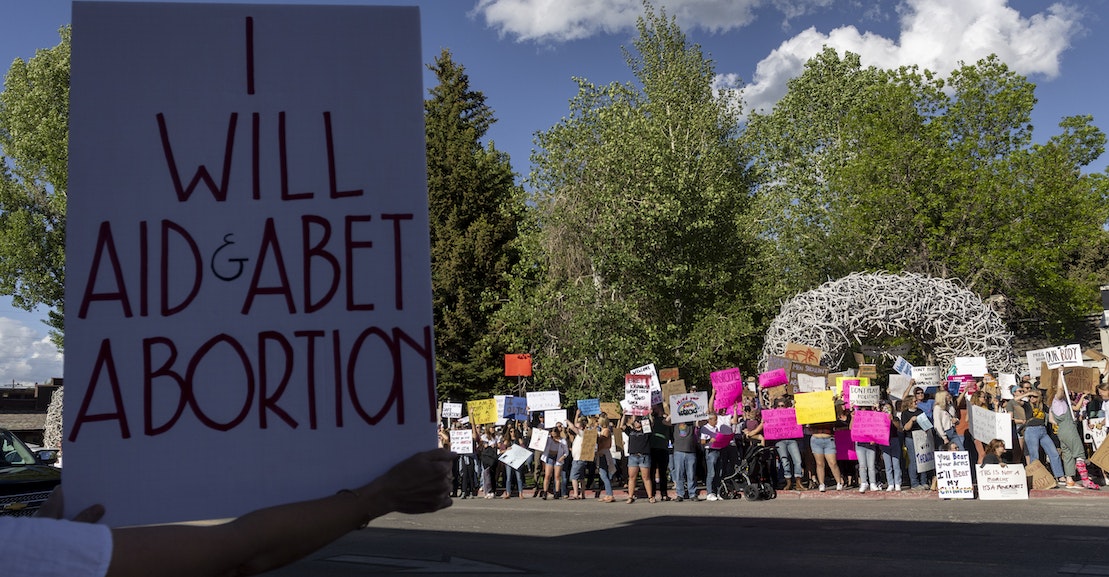 In late-July, a coalition of Wyoming residents, medical providers, and abortion-supporting nonprofits filed a lawsuit alleging that House Bill 92—the state law which makes performing an abortion in Wyoming a felony crime punishable by up to 14 years in prison except in rare cases of rape, incest or health risks—was unlawful and unenforceable. Among the plaintiffs’ many arguments against the legislation was that it allegedly violated Article 1, Sec. 38 of the Wyoming state constitution, which guarantees that “each competent adult shall have the right to make his or her own health care decisions.”

That language was inserted into the constitution via a 2012 ballot initiative designed to push back against Obamacare’s individual mandate. A couple years earlier, efforts to amend the constitution with language more specifically tailored to the ACA fell short of the two-thirds legislative majority required to send the matter to the voters. Instead, broader language was put forth, with proponents promising the amendment would “preserve individual rights.” Even at the time, however, some worried the sweeping amendment might go too far—then-State Representative Mary Throne, a Democrat who represented Cheyenne, told a local paper the amendment might have unintended consequences. Nonetheless, on November 6, 2012, Wyomingites voted 73–22 to approve the broad provision enshrining the right to health care determination for residents of the Equality State.

That the amendment was intended as a spiteful measure, kicking back against Obamacare, is not in question; indeed, during a hearing before Teton County District Judge Melissa Owens, who was presiding over the abortion-rights supporters’ suit last week, attorneys for the state of Wyoming argued as much in an effort to uphold the abortion trigger law. “That statute was supposed to push back on the Affordable Care Act,” Special Assistant Attorney General Jay Jerde told the Wyoming judge, “not to implicitly confer the right to an abortion.”