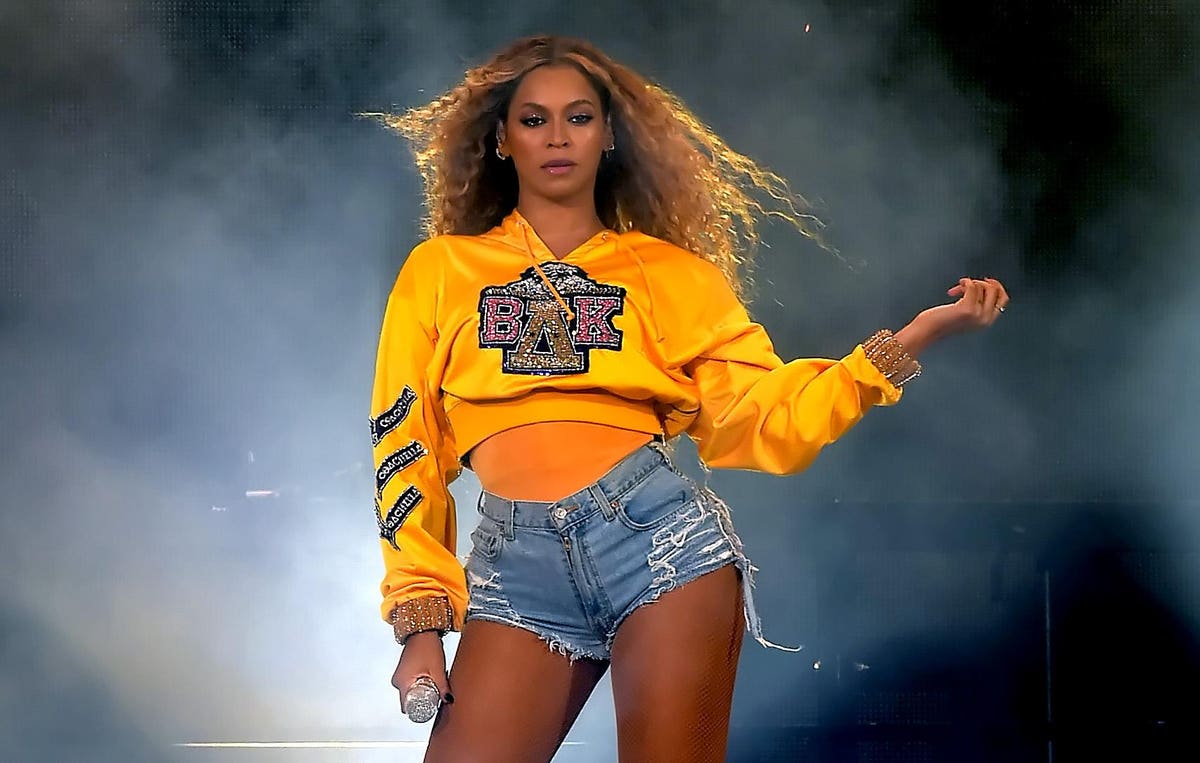 After rising to a new peak position of No. 6 last week, Beyoncé’s current single “Break My Soul” leaps once again, soaring as high as a track can. The tune jumps to No. 1 on this coming week’s Hot 100, Billboard’s ranking of the most-consumed songs in the U.S. Impressively, Queen Bey’s name will appear in the highest rung on both of the company’s most competitive lists when they properly refresh tomorrow (August 9), as her new album Renaissance has already been named the top title in America as well.

“Break My Soul” marks Beyoncé’s eighth solo No. 1 on the Hot 100 and her first in two years. The superstar first reached the summit under her current moniker back in 2003, a year that would see her top the charts twice, as both “Baby Boy” with Sean Paul and “Crazy In Love” with Jay-Z worked their way to the throne. She would return to the peak position three more times before the decade was through, with “Check On It” with Slim Thug, “Irreplaceable” and “Single Ladies (Put A Ring On It)” all spending some time in the penthouse.

In the 2010s decade, Bey only grabbed two more No. 1s on the Hot 100, and she managed both as a featured artist on tunes initially shared as solo efforts by other acts. She helped Ed Sheeran send “Perfect” to No. 1 by hopping on a remix they called “Perfect Duet.” In 2020, she collected her most recent champion (until now) as a guest on Megan Thee Stallion’s “Savage.”

Of course, discussing Beyoncé’s solo career leaves out a number of hits she recorded and released as a member of Destiny’s Child. The girl group scored four No. 1 smashes on the Hot 100 throughout their time together, all within about a two year period. “Bills, Bills, Bills” became the outfit’s first leader in 1999, and they quickly followed that up with both “Say My Name” and “Independent Women Part I” in 2000 and “Bootylicious” in 2001 before they went their separate ways not much later.

Several weeks ago, “Break My Soul” bolted from its No. 14 starting point (after just a few days of activity) to the top 10 on the Hot 100, becoming Beyoncé’s thirtieth placement in the top region, when taking into account both her solo out put and that of Destiny’s Child.

“Break My Soul” is, thus far, the only single from Renaissance, and it preceded the album’s release by several weeks. Renaissance opens at No. 1 on the Billboard 200 this frame with 332,000 equivalent units shifted. The set marks her seventh chart-topper on her own and her ninth when including her work with Destiny’s Child.