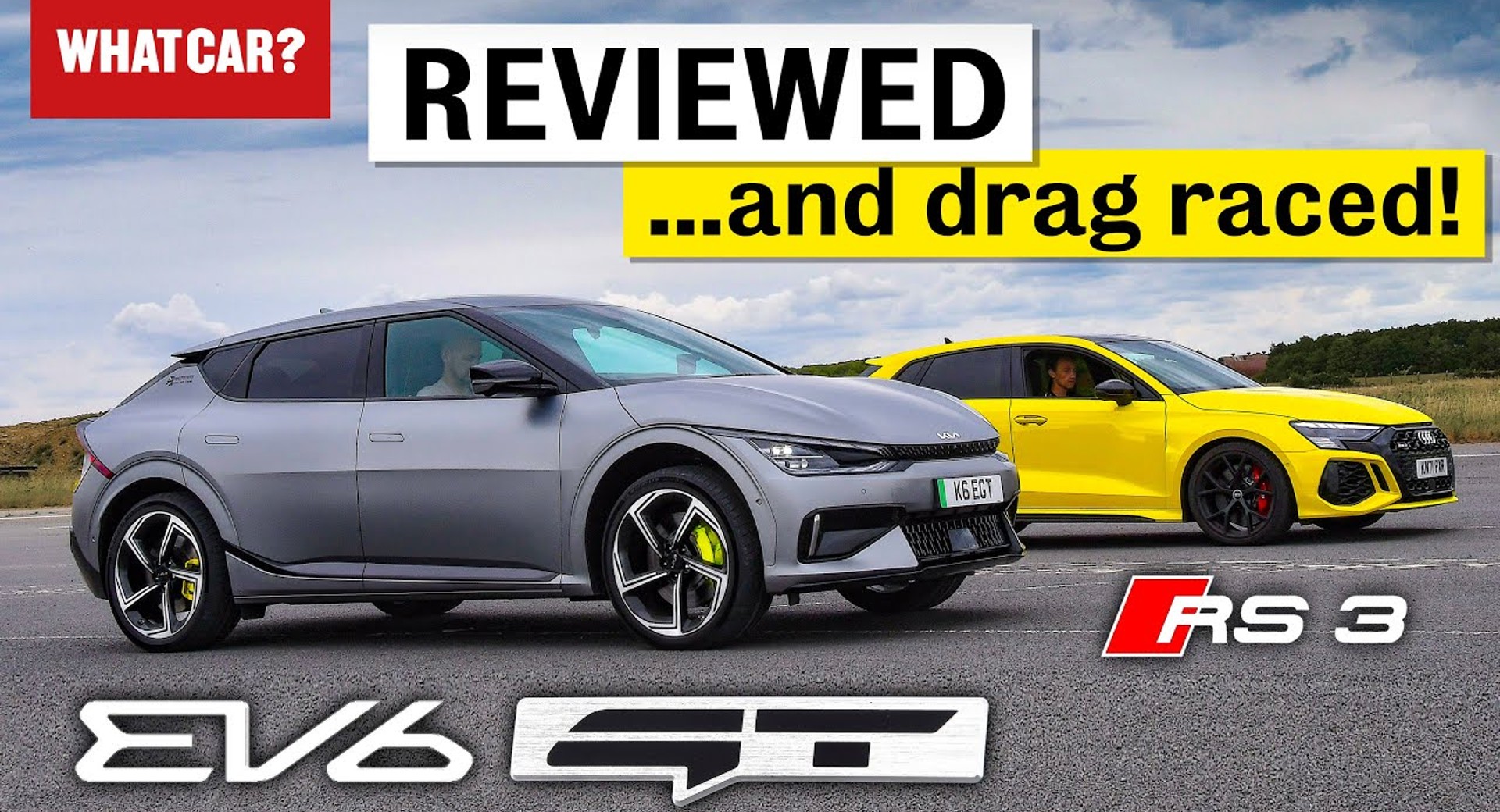 We’ve liked the Kia EV6 since its introduction earlier this year. Despite that, we’ve been clamoring for its top-spec GT trim that offers 576 horsepower (429 kW). Now we get the chance to hear more about how it behaves from an independent source and we see it take on the Audi RS3 in an old-school drag race.

It’s not a totally perfect comparison since the RS3 weighs a lot less and has a lot less horsepower too. Despite that, they’re priced similarly and offer a lot of the same day-to-day practicality.

On the track though, there’s no competition so long as the road is straight. Both cars might have AWD but the Kia launches forward at a pace that few ICE cars could keep up with. The Audi is fast, as we can attest, but in both drag races from a dig, the Kia takes the win each time.

A decade ago we don’t think anybody was expecting a day when a Kia hatchback could easily drop an Audi RS3 in a drag race. Sure, it might not be as quick in the bends, but that shouldn’t diminish how far the brand has come. We wonder how they would’ve done in a roll race.

The review portion of the video reveals a few tangible differences between the EV6 GT and its lesser counterparts. Firstly, it’s a bit of a mixed bag with regard to components. Kia has upgraded the brakes, the tires, the wheels, and added an adaptive suspension. At the same time, they’ve removed the power seats which feels like a bad cost-cutting measure for a car in this price bracket.

Additionally, the adaptive suspension can be of benefit but for the folks over at What Car? it feels too stiff. Thankfully, Kia allows you to customize the different performance features of the car but even when the host switches the suspension to normal mode, he says that the car feels overpowered for the chassis. All we can say is that we can’t wait to find out for ourselves.