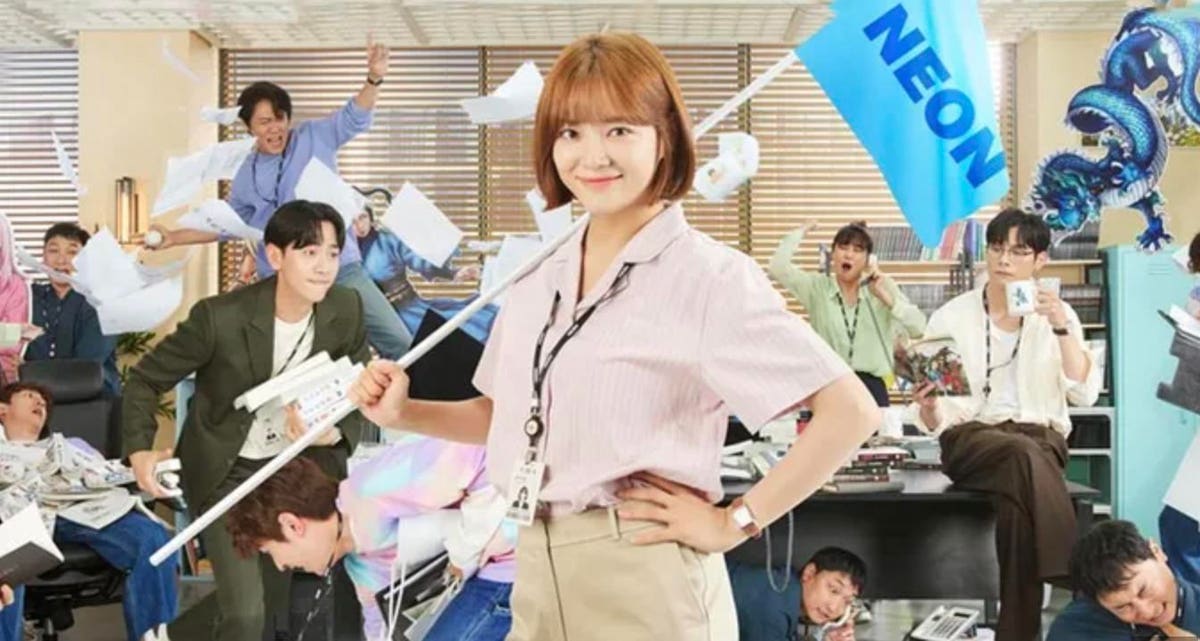 Japanese manga and Korean manhwa/webtoons are a reliable source of interesting plots and characters for Korean dramas. Today’s Webtoon is no exception. It’s based on the Japanese manga Juhan Shuttai by Nakao Matsuda. What’s different about Today’s Webtoon is that the manga-inspired drama focuses on the world of webtoons: how they are made, who makes them and the real-life problems a webtoon company might encounter. The central character of this drama is an ardent webtoon fan, On Ma-eum, played by actress Kim Se-jeong. Ma-eum is ecstatic when she gets a job at Neon, a company that makes her favorite webtoons.

The team she’s assigned to has one important mission: to get their webtoon artists to deliver their creations in a timely manner, preferably without having to use physical force.

Physical force is what Ma-eum is good at since she was a judo athlete for years. Like her favorite webtoon character, Princess Gumiho, she can physically disarm a villain in minutes. What she’s not used to is coping in the corporate world, where the actual bottom line is not creativity but ad revenue. If a webtoon does not run on time, the company may have to face angry readers and even return ad dollars.

At her new office, she must compete with Jun-yeong, played by Nam Yoon-soo, a fellow newbie with plenty of corporate skills, but no understanding or appreciation of webtoons. Fortunately, she has a champion in the form of producer Ji-hyeong, played by Daniel Choi. He’s initially a fan of her enthusiasm, but it can cause problems and he may have to rein it in. To survive in the corporate environment of Neon, Ma-eum must develop some new skills and acquire more workplace allies. Her knowledge of webtoons is ultimately likely to help.

Kim Se-jeong is no stranger to webtoon-inspired dramas. Her last drama, the hit romcom Business Proposal, was based on the web novel, Sanae Matsun, and the drama she did before that, The Uncanny Counter, was based on the web comic Jang Yi. Choi appeared in the dramas The Ghost Detective and Fly, Butterflies, as well as the film The Beast. Nam previously appeared in the TV dramas Beyond Evil, The King’s Affection and Birthcare Center.