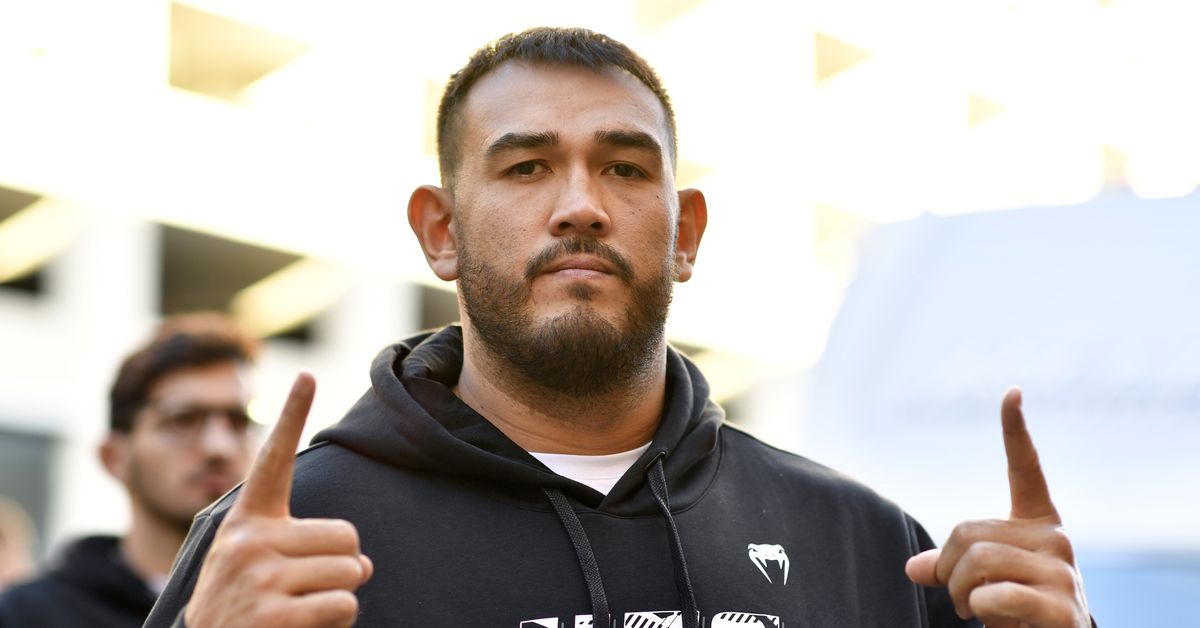 Augusto Sakai has his back against the wall after three straight knockout defeats in the UFC. Yet, those losses — or “learning experiences,” as he prefers to call them — made him change several things in his life ahead of Saturday night’s UFC Vegas 59 event, which sees him faces Sergey Spivak.

The Brazilian heavyweight believes that his previous 4-0 start in the UFC could help him avoid getting cut from the promotion in case of another loss, but either way, he said, “I want to win this fight so bad, and I know it’s coming.”

“Enough of losses,” Sakai explained on this week’s episode of MMA Fighting’s Trocação Franca. “A fight is a fight and [losses] might happen, of course, but I’m way better now. I’ve learned a lot with the past few fights and I’m in a great moment now.”

Spivak, on the other hand, looks to keep his momentum going five months after finishing Greg Hardy and bouncing back from a loss to Tom Aspinall in 2021 — his only defeat in his past five octagon appearances.

Sakai said he wants his first knockout win since a 59-second finish over Tybura in September 2019 to “remove the jinx once for all.”

“He’s a weird guy with an odd game,” Sakai said of Spivak. “Sometimes he hugs you to take you down and sometimes he trades a little bit on the feet, like he did last time and ended up winning by knockout. He’s a tough guy, but we’re ready for this. We’re ready to surprise him and kill his game.”

Sakai signed with the UFC after stopping Marcos Conrado Jr. at Dana White’s Contender Series in 2018 and won his first four in the UFC, knocking out Chase Sherman and Marcin Tybura and winning decisions over Andrei Arlovski and Blagoy Ivanov, but then suffered TKO defeats to Alistair Overeem, Jairzinho Rozenstruik, and Tai Tuivasa.

“Unfortunately I’m coming off a few losses, a few learning experiences, but won four in a row in the UFC and few people did that in the heavyweight division. I’m not thinking about this pressure — ‘You have to win’ — but on my evolution and my victory.”