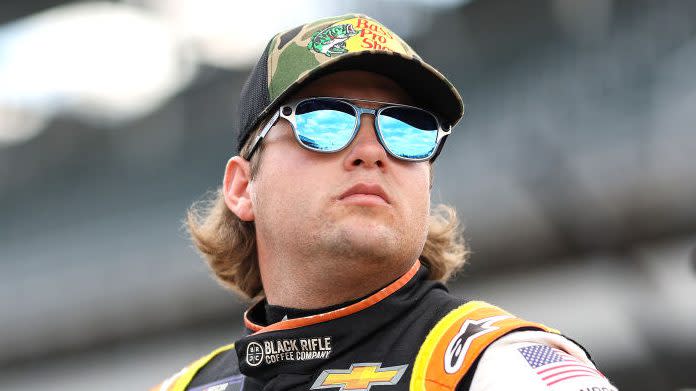 Gragson topped Saturday morning qualifying with a lap of 190.370 miles per hour around the 2-mile oval.

That lap was just fast enough to beat Kaulig Racing’s A.J. Allmendinger (190.340 mph), who came within .006 of a second of Gragson on the final qualifying attempt of the session to claim second on the starting grid.

When asked what he and his team must do to convert the pole into a win this afternoon, Gragson’s response to NBC Sports was simple.

“Just not trying too hard,” he said. “I feel like when you try too hard, you can really take yourself out of the game and almost focus on the wrong things.

“I feel really comfortable and confident with this team. We’re here to win races. We really want to win at this place in particular… We just need to stay focused throughout the race and be there at the end.”

Like the front row, Row 2 will include a JRM and a Kaulig driver. JRM’s Justin Allgaier was third-quickest (189.643 mph) in qualifying, followed by Kaulig’s Daniel Hemric in fourth (189.618 mph).

This story will be updated…