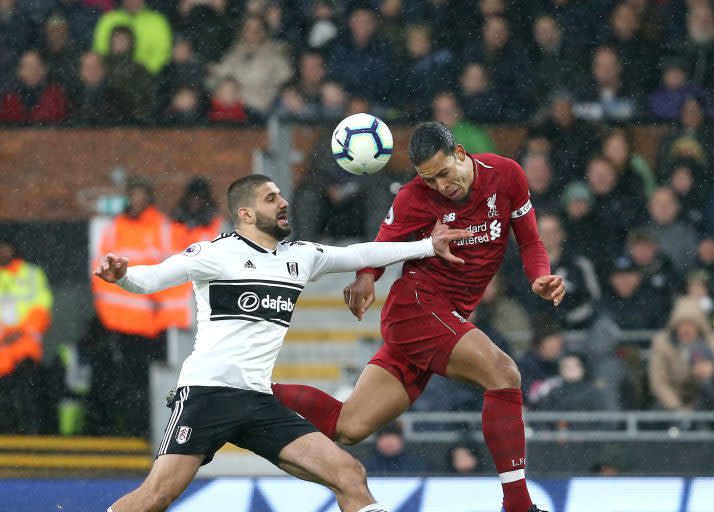 Fulham host Liverpool at Craven Cottage on Saturday as the Premier League newcomers have an almighty test on the opening weekend of the new season.

As for Jurgen Klopp’s Liverpool, they came so close to winning the Premier League title for the second time in three years but Manchester City pipped them to it on the final day. But there’s renewed optimism around Anfield that they can once again be crowned champions.

Below is everything you need ahead of Fulham vs Liverpool on Saturday.

How to watch Fulham vs Liverpool live, stream link and start time

Hello and welcome to Craven Cottage! It is a beautiful day here by the banks of the River Thames. What an amazing place to kick off the first Saturday of the new season.

Joe Bryan and Harry Wilson are ruled out with wrist and knee issues respectively, while new signings Bernd Leno, Shane Duffy and Kevin Mbabu are on the bench, while other new boys Joao Palhinha and Andres Pereira start. USMNT duo Tim Ream and Antonee Robinson start for Fulham.

Jurgen Klopp has been mixing things up throughout preseason but we saw what was very close to his best starting lineup in the Community Shield win against Manchester City last weekend.

Liverpool are without Diogo Jota, Curtis Jones, Caoimhin Kelleher and Alex Oxlade-Chamberlain, while Kostas Tsimikas, Naby Keita and Ibrahima Konate are all shaking off knocks. Alisson returns in goal after missing most of preseason with an abdominal issue.

For Fulham it’s been a wild ride over the last five seasons with two relegations and three promotions to the Premier League. Life at Craven Cottage is anything but dull. All of their hopes are once again pinned on Aleksandar Mitrovic as the Serbian goal machine (at least in the second tier) will be peppered with crosses and the hope is that he can finally become more prolific in the Premier League. Marco Silva has been outspoken about Fulham not making a lot of signings this summer and staying up will be a huge achievement. Silva loves to counter-attack and he needs a good start to the season to build positive vibes. Sidenote: Fulhamerica is still going strong with Tim Ream and Antonee Robinson set to play key roles this season.

Liverpool have had a pretty decent, and quiet, offseason overall. They sold Sadio Mane early in the summer but replaced him with club-record signing Darwin Nunez who looks set to be the next forward star at Anfield. And oh yeah, they managed to sign Mohamed Salah to a new long-term contract too. Klopp’s side have had a few strange results in preseason but they are warming up nicely for the new campaign and the big questions are around how Nunez, Diaz and Salah will slot in together as a forward trio, plus how much gas the likes of Jordan Henderson and Thiago Alcanatara have left in the tank for another push for all four trophies.