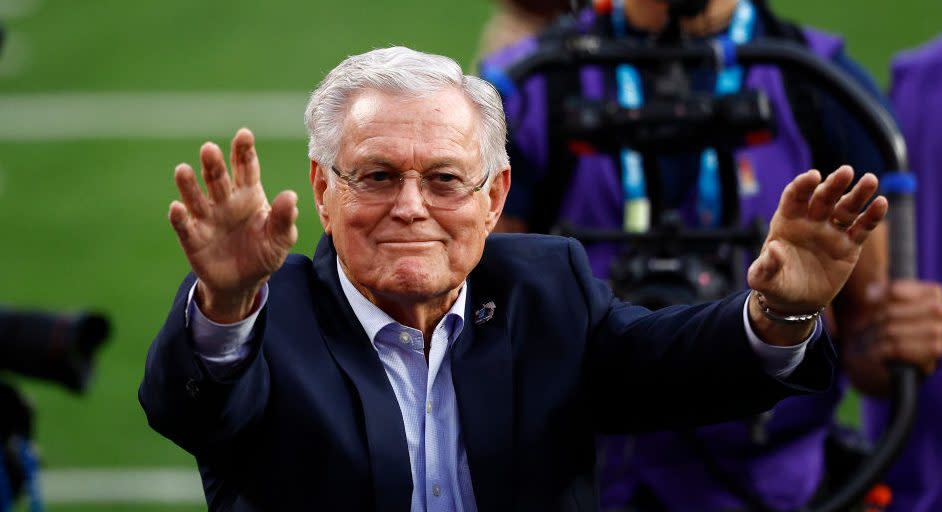 Dick Vermeil had promised tears in his enshrinement speech. He didn’t cry, though he did get choked up when talking about his wife of 66 years, Carol, and he didn’t stick to the 8-minute time limit.

Vermeil, who was elected in the coaching category in the Class of 2022, was the final of the eight inductees on the two-hour program. He thanked dozens and dozens . . . and dozens of people.

That is something he delivered as promised, having said beforehand that the theme of his speech would be “Thank you!”

“Gosh darn, I just wish I had time to go through everyone,” Vermeil said.

Vermeil coached for the Eagles, Rams and Chiefs in his 15-year head coaching career. He led the Eagles to their first Super Bowl appearance in the 1980 season, which ended with a loss to the Raiders, and won the Super Bowl coaching the then-St. Louis Rams in the 1999 season.

Vermeil won 120 games in the regular season, winning .545 of his games.