We have seen plenty of footage showing cars with autonomous tech testing on public roads but the latest video from DeepRoute.ai is quite impressive, highlighting the sophisticated nature of the production-ready Level 4 capable Driver 2.0 system. The driverless prototype was tested in the city of Shenzhen in China under heavy traffic conditions, showing how well it reacts to challenging real-life scenarios.

The video shows a 14-mile route in the Central Business District roads of Shenzhen which was completed in one hour. This was “the first legalized driverless test in China”, following the new regulation on intelligent connected vehicles applied in Shenzhen on July 6. Note that this is the fourth largest city in China with a population of 17.5 million and heavily congested roads.

It is really interesting to watch the autonomous tech handle tricky situations with cars changing lanes, pedestrians walking dangerously close to traffic, bikes going the wrong way and vehicles passing red lights. The overall experience should be pretty frustrating for an average driver but the autonomous system has all the patience in the world and is always forgiving the illegal and dangerous behavior of other road users. Still, being a passenger in this driverless car would definitely be hard for your nerves, until you learn to trust computers.

Unlike other systems, DeepRoute.ai‘s hardware and software appear to be working together in harmony slowing down on time even as a precaution measure in order to protect human life and avoid collisions. Thus, the autonomous tech does not only react to traffic lights, traffic signs, and single-lane traffic, but it is able to change lanes and interact with the surroundings in a dynamic way, even when the vehicles/pedestrians are coming from outside the field of view. 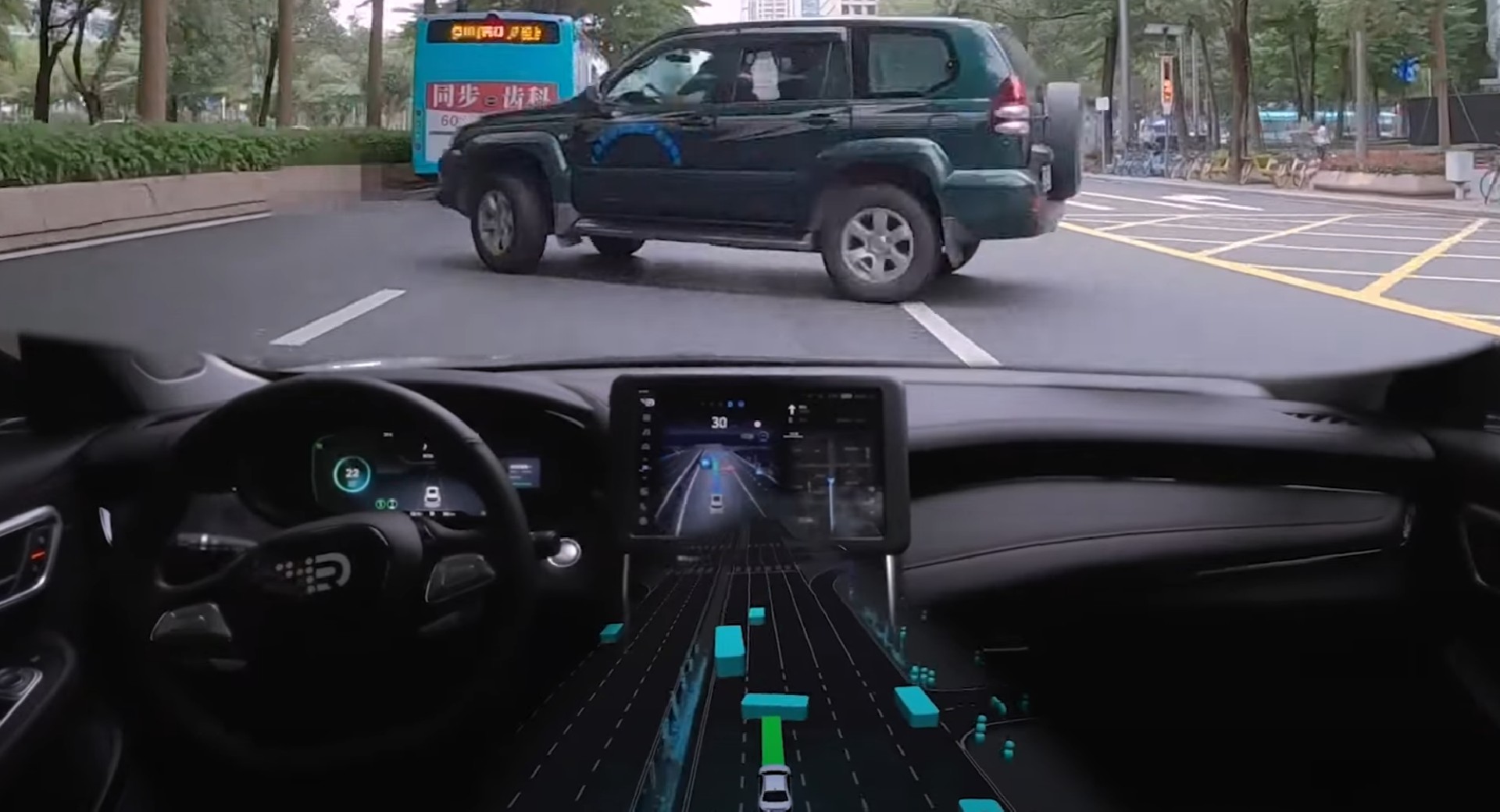 The hardware in the prototype vehicle, which is a specially prepared MG Marvel R, includes five solid-state LiDARs, eight cameras and other sensors, plus a computing platform. The game changer though is the perception algorithm which appears to be working pretty well in this demonstration, successfully predicting the route of pedestrians, cars, and bikes from up to 660 feet (200 m).

DeepRoute.ai will be offering the Driver 2.0 system for $3,000 for automakers who intend on using it in mass-production vehicles and robotaxis. The company describes it as a production-ready solution, and expects the first models with the system to be offered from 2025 onwards.