When it comes to selling your car, convenience is almost as important as getting the best price.

With that in mind, FinanceBuzz decided to compare CarMax, Carvana, and Vroom to see which company gives sellers the most generous offer. In order to do this, they requested quotes for 100 different vehicles – with varying manufacturers, mileage, and age – and then compared the results.

CarMax was the clear winner as their average offer was $13,902 which was $1,007 more than Carvana and $1,127 more than Vroom. That’s a pretty significant difference and Vroom customers could make an extra 8.4% by selling to CarMax.

Also Read: CarMax Reportedly Offers Ford Bronco Owner Nearly $17,000 Over Sticker To Sell – Would You Do It? 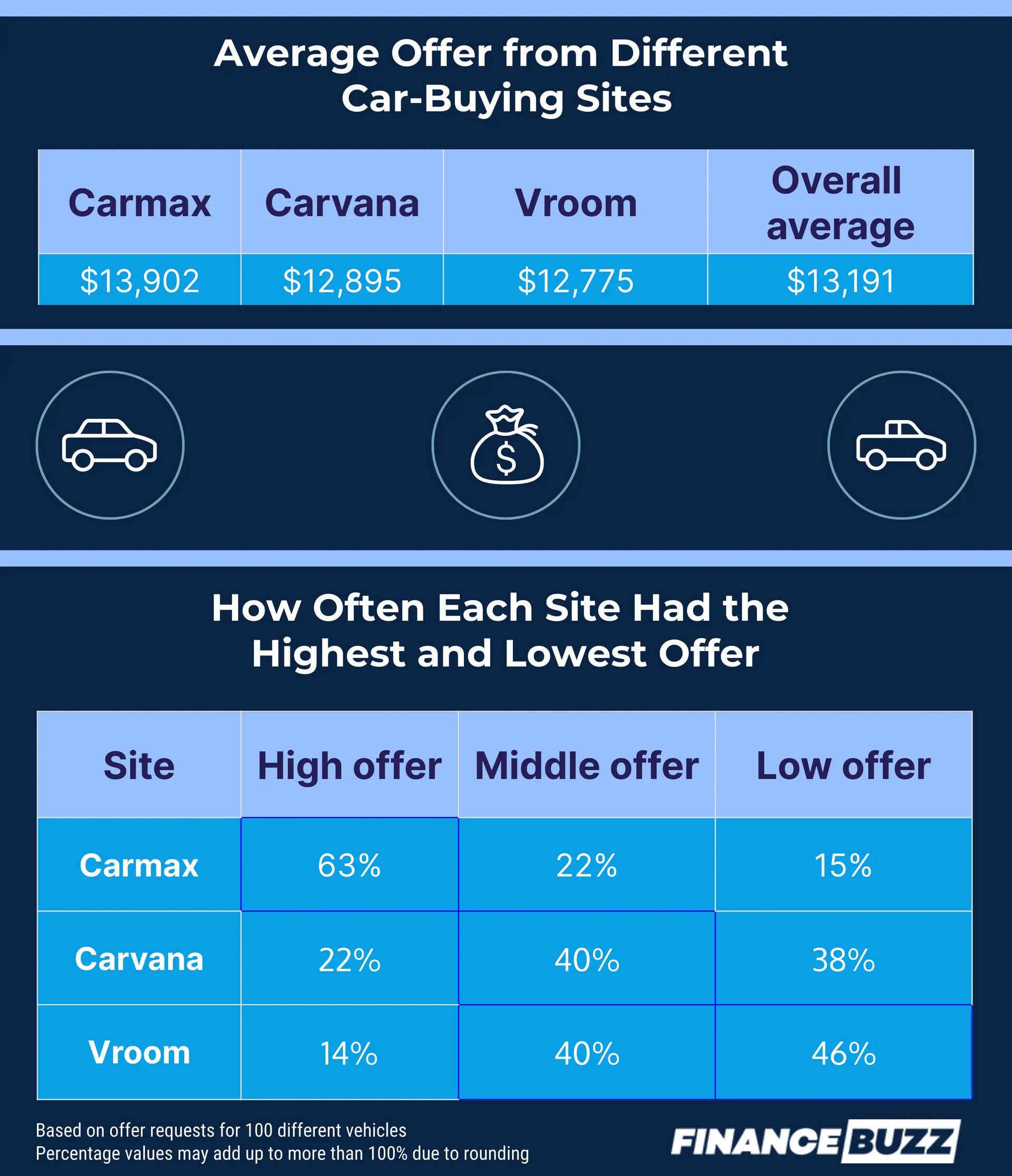 FinanceBuzz went on to say that for 63% of the vehicles, CarMax returned the top offer. Vroom, on the other hand, had the worst offer 46% of the time.

The results varied by body type as Vroom typically made more competitive offers on trucks. However, CarMax offered over $1,500 more, on average, than either of the other two sites when it came to SUVs. CarMax also offered far more than competitors for older vehicles from 2001-2009 model years.

While CarMax was the winner in this study, your experience may vary.  As a result, sellers should put in the extra effort and get multiple offers as a few minutes of your time could be well worth it.