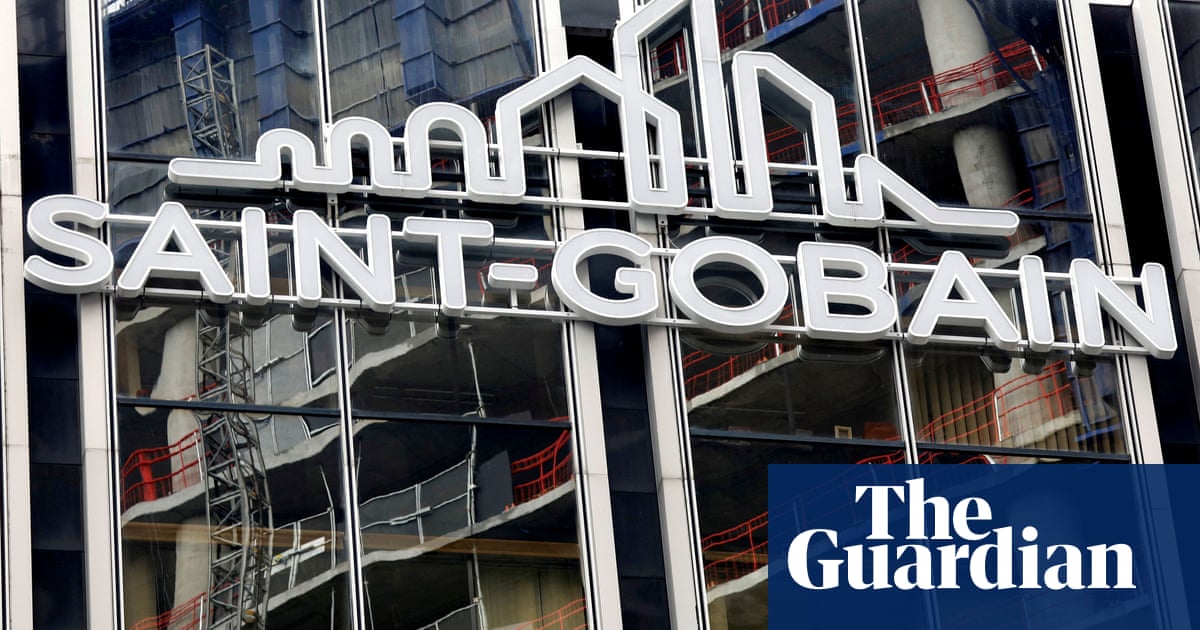 The company, Saint Gobain, now admits it used far more PFAS than regulators previously knew, and officials fear thousands more residents outside the contamination zone’s boundaries may be drinking tainted water in a region plagued by cancer clusters and other health problems thought to stem from PFAS pollution.

Saint Gobain in 2018 agreed to provide clean drinking water in the 65-sq-mile area as part of a consent agreement with New Hampshire regulators, and damning evidence suggesting it used more PFAS than previously admitted surfaced in a trove of documents released in a separate class-action lawsuit.

“People are sick, there are really high cancer rates and people literally have died, so when you see what’s happening and the company acts like this – it’s really upsetting,” said Mindi Messmer, a former state representative who analyzed the documents and sent them to the New Hampshire attorney general and state regulators.

Saint Gobain has denied wrongdoing. PFAS, or per- and polyfluoroalkyl substances, are a class of about 12,000 chemicals used across dozens of industries to make products resist water, stains and heat. The highly toxic compounds don’t naturally break down, and are linked to cancer, thyroid disease, kidney problems, decreased immunity, birth defects and other serious health problems. They have been called “forever chemicals” due to their longevity in the environment.

Saint Gobain Performance Plastics’ Merrimack, New Hampshire, plant had for decades treated its products with PFOA, one type of PFAS, to make them stronger. The company released PFOA from its smokestacks and the chemicals, once on the ground, moved through the soil and into aquifers. Hundreds of residential and municipal wells pull from the groundwater.

As the company and New Hampshire department of environmental services (DES) negotiated the 2018 consent agreement, company officials repeatedly said they didn’t use pure PFOA, or didn’t have a record of using it, but instead used a diluted PFOA mixture of which the toxic chemical only comprised about 2%.

In a 2016 letter to state regulators, Saint Gobain wrote that it “never used [pure PFOA] as a raw material at any point in time” in Merrimack, and in 2014 told the EPA it “is not and never has been a … user of PFOA per se anywhere in the United States.”

The diluted PFOA wouldn’t spread as widely as pure PFOA, and the modeling that determined the boundaries within which Saint Gobain would be responsible for providing clean drinking water supplies and remediating contamination was developed with the diluted solution as an input.

But the documents released as part of the lawsuit show Saint Gobain knew it used pure PFOA years before the consent decree.

Among the evidence are 2003 emails between company employees explicitly stating the Merrimack facility treated its fabric with pure PFOA. Meanwhile, a former Saint Gobain attorney who is now whistleblowing testified that sales records from 3M, which sold PFOA to Saint Gobain, show the company bought “hundreds if not thousands” of pounds of pure PFOA. The 3M sales records are under seal in the class-action suit.

And a salesman for DuPont, which also sold PFAS products to Saint Gobain, last year testified that he had “learned that they were using [pure PFOA] … and adding it to our products”.

The modeling used to develop the original contamination zone’s boundaries is “fundamentally flawed” because it did not account for the pure PFOA, an engineer hired by Saint Gobain testified in February.

Saint Gobain no longer denies that it used pure PFOA; however, in a statement to the Guardian, the company wrote it “vehemently denies any allegation it withheld data, or misled, the New Hampshire Department of Environmental Services”. The information was “not new” because it was in 90,000 documents it gave the DES since 2016, the company wrote.

Messmer said she’s skeptical of that explanation: “If you throw 90,000 papers at someone, is that really notifying them?”

In response to a follow-up question about why it developed the consent decree modeling assuming diluted PFOA instead of pure PFOA, the company said the type of PFOA was only “one factor considered in setting the boundaries”.

In their July letter to the attorney general’s office and DES, Messmer and other lawmakers asked for an investigation and to expand the boundaries of the contamination zone. The state has “sound legal basis to hold Saint Gobain fully accountable for their pollution, including beyond the current [boundary]”, the letter reads. The attorney general’s office told the Guardian it is reviewing the documents while the DES did not immediately respond to a request for comment.

Some are also frustrated with the DES. Documents show it knew it didn’t have Saint Gobain’s complete PFAS purchase records from before 2004, but still entered into the consent agreement.

“The regulatory agency is broken, and I’m really angry with the state departments that are supposed to be there to protect the environment and residents,” said Laurene Allen, a Merrimack resident and clean water activist. “Think of the harm that could have been prevented.”

The documents reveal a company executive stating in 2006 that Saint Gobain “ought to downplay the potential health risks” of PFOA relative to other PFAS, and argue there are “no proven” health risks. But a 1995 company memo shows management had issued a decree to stop using PFOA “because of its toxicity and long half-life”.

The company had also in 2006 conducted blood tests for PFOA on its employees but the results remain under seal, and the plant’s previous owner in 1980 investigated why its male employees were experiencing impotence and “polymer fever”.

“They all knew,” Messmer said.