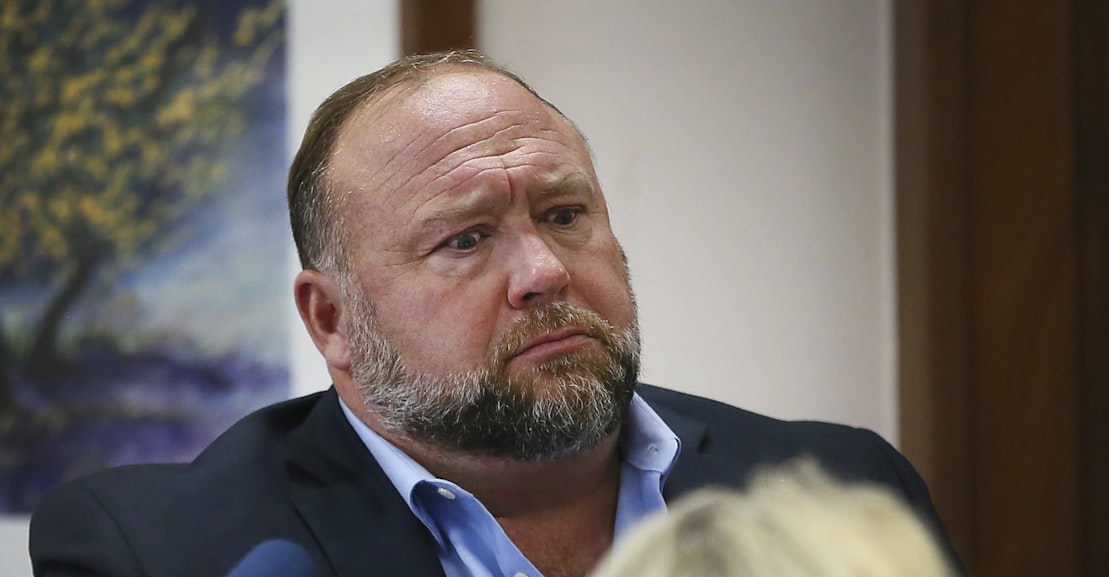 It would almost be easier to list the conspiracy theories and denialism movements to which Jones does not subscribe. The only major one that he does not align himself with, as far as I can tell, is Holocaust denial. But giving him credit for this would be a little like praising Ted Kaczynski for not using overnight delivery. Jones claimed in 2016 that there is a “Jewish mafia” that partially runs the world in a “global, corporate combine,” echoing antisemitic imagery of a global Jewish conspiracy. After the deadly protests in Charlottesville, Virginia, in 2017, Jones told listeners that “Jewish actors” posed as Ku Klux Klan members to discredit the white supremacist protesters there. Some white nationalists have described him as a key influence on the road to their ideological development, and Jones is an influential figure in his own right on the far right edges of American society.

It would still be a mistake to view everyone who dabbles in a little suspicion from time to time as Alex Jones’s ilk. A majority of Americans consistently tell pollsters, for example, that Lee Harvey Oswald didn’t act alone when he assassinated President John F. Kennedy in 1963. In the late 1970s and early 2000s, as many as eight in ten American adults told Gallup that they didn’t believe the Warren Commission’s version of events. For younger folks, there’s even a (mostly ironic) conspiracy theory that claims birds aren’t real. Many, if not most, Americans who dabble in unorthodox beliefs are probably closer to Fox Mulder than to Alex Jones.

Egged on by the Infowars empire, however, Jones’s adherents tend to take things beyond idle amusement or generalized suspicion. After he told his audience that Comet Ping Pong, a popular pizzeria in Washington, D.C., was a child sex-trafficking hub, one of his listeners drove from North Carolina to the restaurant, barged in with an AR-15, and opened fire at the walls and ceiling in an apparent effort to liberate the children. (None were found except among the diners.) In the wake of the incident, Jones retracted his allegations against Comet Ping Pong and its owner on air.