A FASHION guru has left people divided after stating the clear, unspoken rule of attending a wedding – so what do you think?

When it comes to being a wedding guest, there is one unwritten rule that’s caused more debate than any other – attending someone’s big day dressed in all-white.

Whilst there are some who believe you should be able to wear whatever your preferences are, there are many who think that showing up in a white – or any light colour – garment will steal the limelight from the bride.

The styling whizz, Lindsay Albanese, is amongst those who fit in the latter category and took it to TikTok to share her opinion.

”Every single of you out there need to stop wearing this – just stop wearing white to traditional weddings,” the celebrity stylist urged.

The only exception, she added, was if that’s what the newlyweds-to-be have requested. 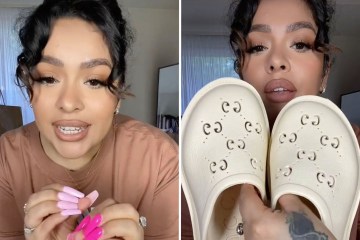 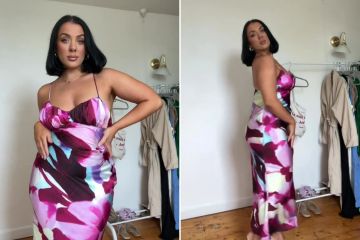 ”Unless it says on the invitation to wear white, do not wear anything in the white territory.”

Lindsay, who has more than 646,000 followers on TikTok, then demonstrated a few garments and explained why they might not be a smart choice for a wedding attendee.

”No – it’s predominantly white,” she hit back.

How about a pair of chic wide leg trousers combined with a slinky black top?

”Oh, the hero element of this outfit is white – therefore, we can’t wear it,” the expert pointed out.

Not necessarily, according to the stylist.

”Guys, it’s the bride’s day. She’s been waiting for this forever.

”Give her her moment in the one colour that only she should be wearing.

”No matter if it’s a top, bottom, or both, there’s a whole other rainbow of colours you can wear to a wedding.

”Take this as an opportunity to do so,” she ended the clip.

However, Lindsay’s opinion left the viewers divided, with a large proportion of them disagreeing with what she had stated in the video.

One person commented: ”Honestly I really wouldn’t care, as long as no one else is wearing a wedding dress.

”It’s just clothing, no need to make such a big deal about it.”

Another agreed: ”Yeah…unpopular opinion.. I don’t care if someone wears white to my wedding…like those outfits don’t even come close to my dress.”

A professional added: ”I have worked with brides for twenty years & you would be surprised how many of them don’t care about that these days.”

But there were also plenty of those who shared the same opinion as the celebrity stylist, such as this TikTok user: ”Not even a dress with white! THANK YOU!!”

”SAY IT LOUDER FOR THE PEOPLE IN THE BACK.! There are several other beautiful dresses/colours out there!!!” a second penned.