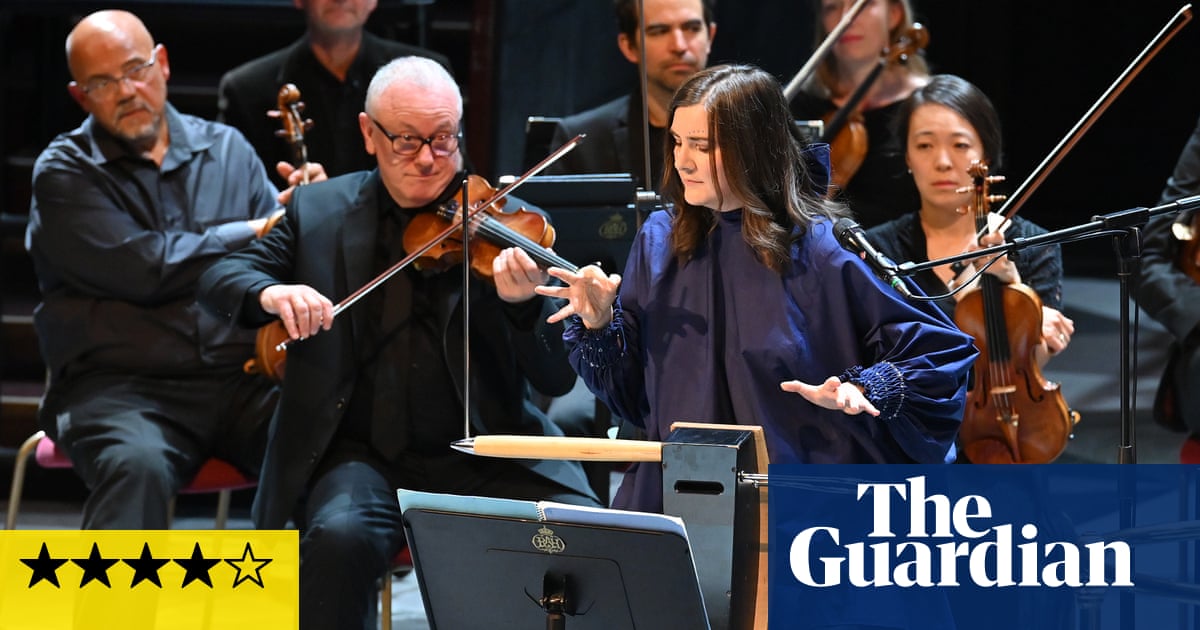 John Storgårds opened his BBC Philharmonic Prom with the London premiere of Finnish composer Kalevi Aho’s flawed yet fascinating Eight Seasons, a concerto for theremin and orchestra, played by Carolina Eyck, for whom it was written, and who gave the world premiere with the Lapland Chamber Orchestra, and Storgårds again, in 2012.

Invented in 1919 by the Russian physicist Léon Theremin, the electronic instrument that takes his name has long been associated with film and pop music, less so with the classical repertory until Eyck’s exploration and advocacy of its possibilities. For Aho, as for others, it’s also associated with magic: the player never touches the instrument, but instead produces its unearthly wailing sound by means of hand gestures in multiple electromagnetic fields. Eyck, swathed in midnight blue robes, looked like a pagan priestess, conjuring music out of the air.

Taking its name from the calendar of Lapland’s Sami people, which divides the year into eight seasons rather than four, it depicts the cyclic patterns of nature in slowly evolving music sometimes reminiscent of Sibelius. The solo writing exploits the theremin’s lyrical potential in a series of songs without words, as well as its sinister, swooping qualities in a shrill depiction of wind and snow at the work’s centre. It’s too long and sometimes lacks tension, but Eyck was mesmerising. It would have been more enjoyable, perhaps, without the interruptions of mobile phones and the admission of latecomers partway through.

Storgårds and the BBC Philharmonic were on fine form with it, however, as indeed they were in the rest of the programme, which consisted of Kaija Saariaho’s Vista and Shostakovich’s 15th Symphony. Vista was inspired by a road trip from Los Angeles to San Diego, its impressionistic heat contrasting with Aho’s sparse cold: ritzily glamorous music, it’s an acquired taste, though it was superbly done. The Shostakovich was terrific, though: alert to its sad ironies and bitter humour, Storgårds probed its paradoxes, enigmas and allusions (Rossini, Wagner) with great care, while the playing was exceptional in its subtlety and detail.