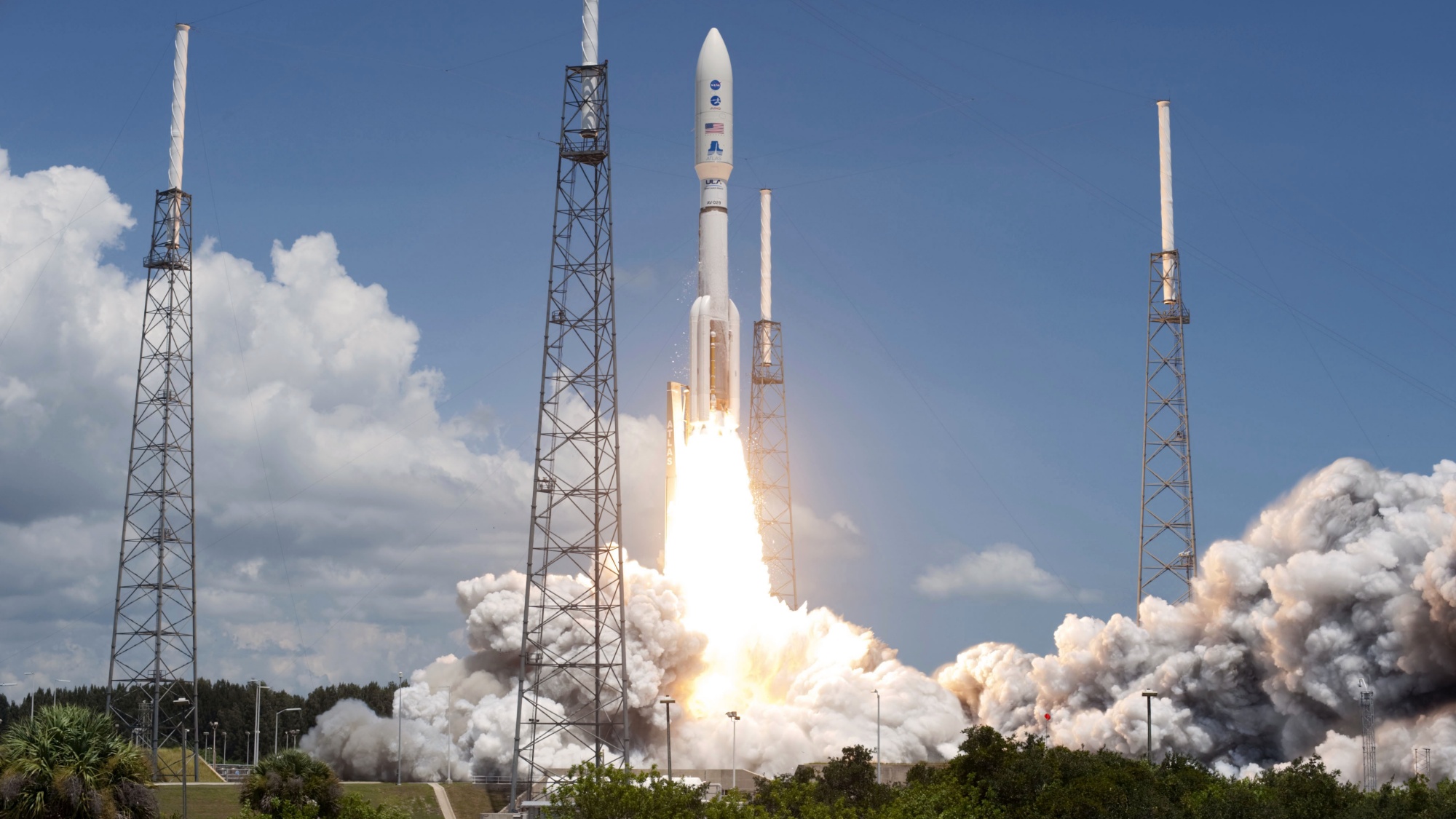 On Aug. 5, 2011, NASA launched the Juno spacecraft on a mission to study Jupiter, the largest planet in the solar system.

The robotic spacecraft lifted off on an Atlas V rocket from Florida’s Cape Canaveral Air Force Station and spent the next five years making the 1.74-billion-mile trek to Jupiter.

Since it arrived in Jupiter’s orbit in 2016, the Juno spacecraft has taken the most amazing photos of Jupiter anyone has ever seen! But it has also taken plenty of scientific measurements to study Jupiter’s composition, magnetic fields, weather patterns and more.

Hanneke Weitering is an editor at Space.com with 10 years of experience in science journalism. She has previously written for Scholastic Classroom Magazines, MedPage Today and The Joint Institute for Computational Sciences at Oak Ridge National Laboratory. After studying physics at the University of Tennessee in her hometown of Knoxville, she earned her graduate degree in Science, Health and Environmental Reporting (SHERP) from New York University. Hanneke joined the Space.com team in 2016 as a staff writer and producer, covering topics including spaceflight and astronomy. She currently lives in Seattle, home of the Space Needle, with her cat and two snakes. In her spare time, Hanneke enjoys exploring the Rocky Mountains, basking in nature and looking for dark skies to gaze at the cosmos.