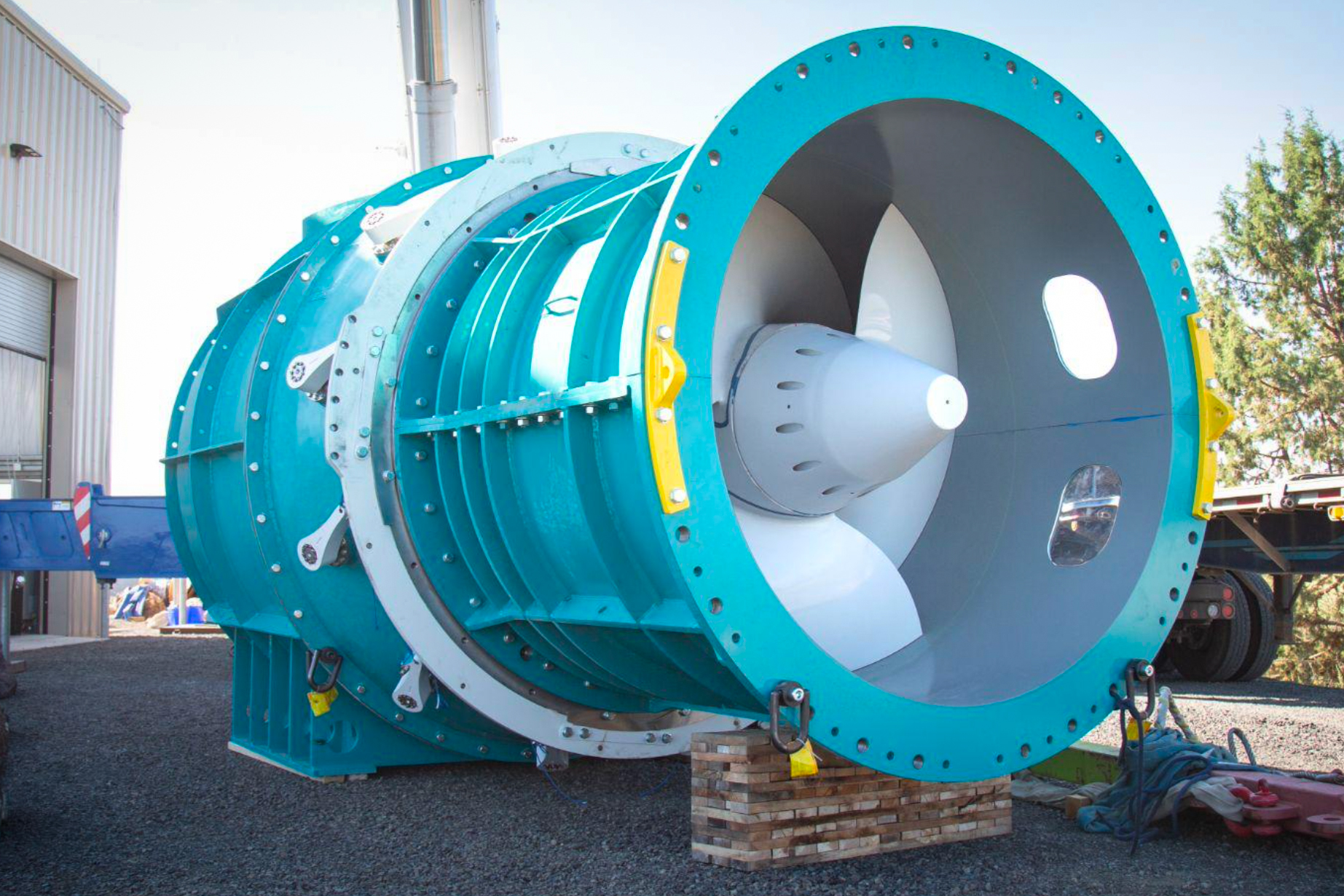 Growing up on a farm in Texas, there was always something for siblings Gia Schneider ’99 and Abe Schneider ’02, SM ’03 to do. But every Saturday at 2 p.m., no matter what, the family would go down to a local creek to fish, build rock dams and rope swings, and enjoy nature.

Eventually the family began going to a remote river in Colorado each summer. The river forked in two; one side was managed by ranchers who destroyed natural features like beaver dams, while the other side remained untouched. The family noticed the fishing was better on the preserved side, which led Abe to try measuring the health of the two river ecosystems. In high school, he co-authored a study showing there were more beneficial insects in the bed of the river with the beaver dams.

The experience taught both siblings a lesson that has stuck. Today they are the co-founders of Natel Energy, a company attempting to mimic natural river ecosystems with hydropower systems that are more sustainable than conventional hydro plants.

“The big takeaway for us, and what we’ve been doing all this time, is thinking of ways that infrastructure can help increase the health of our environment — and beaver dams are a good example of infrastructure that wouldn’t otherwise be there that supports other populations of animals,” Abe says. “It’s a motivator for the idea that hydropower can help improve the environment rather than destroy the environment.”

Through new, fish-safe turbines and other features designed to mimic natural river conditions, the founders say their plants can bridge the gap between power-plant efficiency and environmental sustainability. By retrofitting existing hydropower plants and developing new projects, the founders believe they can supercharge a hydropower industry that is by far the largest source of renewable electricity in the world but has not grown in energy generation as much as wind and solar in recent years.

“Hydropower plants are built today with only power output in mind, as opposed to the idea that if we want to unlock growth, we have to solve for both efficiency and river sustainability,” Gia says.

The origins of Natel came not from a single event but from a lifetime of events. Abe and Gia’s father was an inventor and renewable energy enthusiast who designed and built the log cabin they grew up in. With no television, the kids’ preferred entertainment was reading books or being outside. The water in their house was pumped by power generated using a mechanical windmill on the north side of the house.

“We grew up hanging clothes on a line, and it wasn’t because we were too poor to own a dryer, but because everything about our existence and our use of energy was driven by the idea that we needed to make conscious decisions about sustainability,” Abe says.

One of the things that fascinated both siblings was hydropower. In high school, Abe recalls bugging his friend who was good at math to help him with designs for new hydro turbines.

Both siblings admit coming to MIT was a major culture shock, but they loved the atmosphere of problem solving and entrepreneurship that permeated the campus. Gia came to MIT in 1995 and majored in chemical engineering while Abe followed three years later and majored in mechanical engineering for both his bachelor’s and master’s degrees.

All the while, they never lost sight of hydropower. In the 1998 MIT $100K Entrepreneurship Competitions (which was the $50K at the time), they pitched an idea for hydropower plants based on a linear turbine design. They were named finalists in the competition, but still wanted more industry experience before starting a company. After graduation, Abe worked as a mechanical engineer and did some consulting work with the operators of small hydropower plants while Gia worked at the energy desks of a few large finance companies.

In 2009, the siblings, along with their late father, Daniel, received a small business grant of $200,000 and formally launched Natel Energy.

Between 2009 and 2019, the founders worked on a linear turbine design that Abe describes as turbines on a conveyor belt. They patented and deployed the system on a few sites, but the problem of ensuring safe fish passage remained.

Then the founders were doing some modeling that suggested they could achieve high power plant efficiency using an extremely rounded edge on a turbine blade — as opposed to the sharp blades typically used for hydropower turbines. The insight made them realize if they didn’t need sharp blades, perhaps they didn’t need a complex new turbine.

“It’s so counterintuitive, but we said maybe we can achieve the same results with a propeller turbine, which is the most common kind,” Abe says. “It started out as a joke — or a challenge — and I did some modeling and rapidly realized, ‘Holy cow, this actually could work!’ Instead of having a powertrain with a decade’s worth of complexity, you have a powertrain that has one moving part, and almost no change in loading, in a form factor that the whole industry is used to.”

The turbine Natel developed features thick blades that allow more than 99 percent of fish to pass through safely, according to third-party tests. Natel’s turbines also allow for the passage of important river sediment and can be coupled with structures that mimic natural features of rivers like log jams, beaver dams, and rock arches.

Natel has already installed two versions of its latest turbine, what it calls the Restoration Hydro Turbine, at existing plants in Maine and Oregon. The company hopes that by the end of this year, two more will be deployed, including one in Europe, a key market for Natel because of its stronger environmental regulations for hydropower plants.

Since their installation, the founders say the first two turbines have converted more than 90 percent of the energy available in the water into energy at the turbine, a comparable efficiency to conventional turbines.

Looking forward, Natel believes its systems have a significant role to play in boosting the hydropower industry, which is facing increasing scrutiny and environmental regulation that could otherwise close down many existing plants. For example, the founders say that hydropower plants the company could potentially retrofit across the U.S. and Europe have a total capacity of about 30 gigawatts, enough to power millions of homes.

Natel also has ambitions to build entirely new plants on the many nonpowered dams around the U.S. and Europe. (Currently only 3 percent of the United States’ 80,000 dams are powered.) The founders estimate their systems could generate about 48 gigawatts of new electricity across the U.S. and Europe — the equivalent of more than 100 million solar panels.

“We’re looking at numbers that are pretty meaningful,” Gia says. “We could substantially add to the existing installed base while also modernizing the existing base to continue to be productive while meeting modern environmental requirements.”

Overall, the founders see hydropower as a key technology in our transition to sustainable energy, a sentiment echoed by recent MIT research.

“Hydro today supplies the bulk of electricity reliability services in a lot of these areas — things like voltage regulation, frequency regulation, storage,” Gia says. “That’s key to understand: As we transition to a zero-carbon grid, we need a reliable grid, and hydro has a very important role in supporting that. Particularly as we think about making this transition as quickly as we can, we’re going to need every bit of zero-emission resources we can get.”