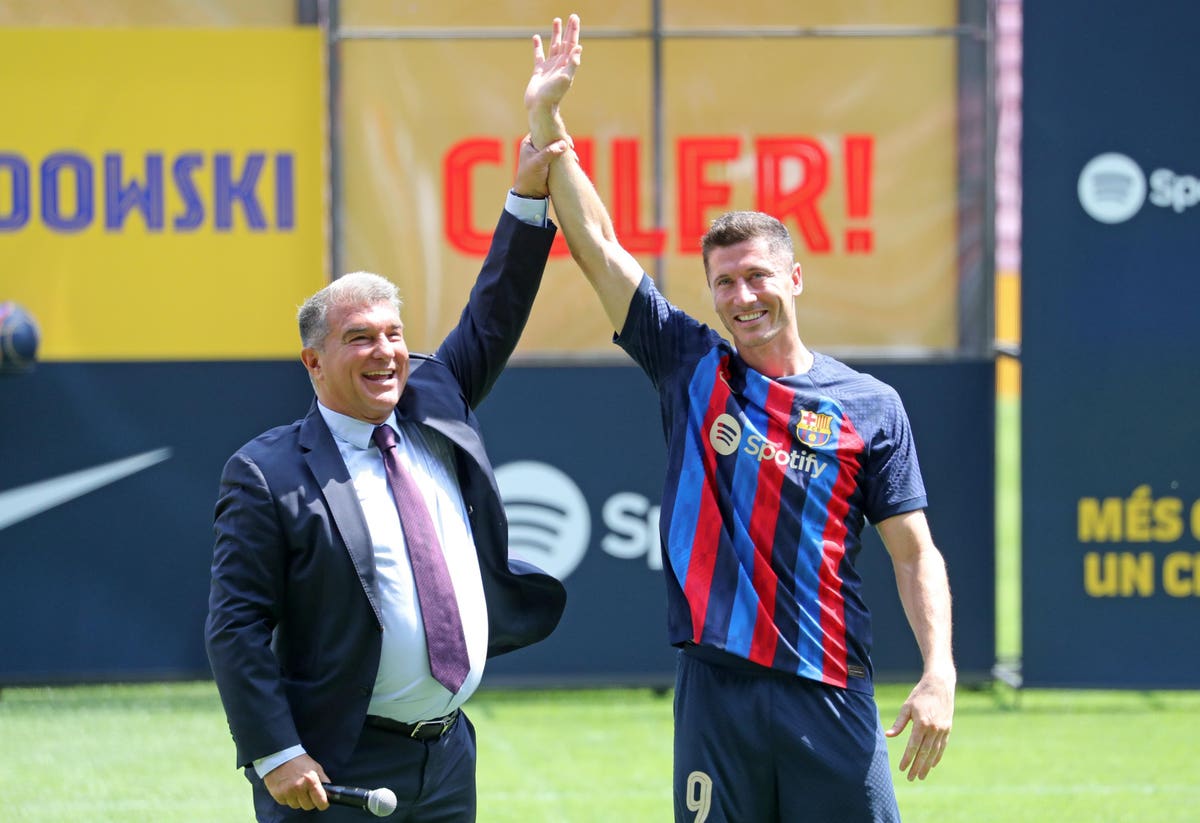 La Liga is reportedly refusing to allow FC Barcelona to register new players ahead of the new season.

The Blaugrana get their Spanish top flight campaign underway against Rayo Vallecano at Camp Nou on August 13.

This Sunday, at the same ground, they will also present the first team squad to fans in the Joan Gamper Trophy played against visiting Mexican outfit PUMA UMA S UNAM

In 2022/2023, the roster contains new arrivals such as Raphinha, Robert Lewandowski, Jules Kounde, Franck Kessie and Andreas Christensen plus a further two players who have renewed their contracts in Ousmane Dembele and Sergi Roberto.

On Friday, as Lewandowski was unveiled to a crowd of nearly 60,000 punters in the Catalans’ home stadium, president Joan Laporta revealed that all the necessary documentation to register the players had already been sent off to La Liga.

“We have done the job well and we believe that we meet all the requirements,” Laporta said.

“The documentation has already been sent and we are waiting for the response from the league. There may be some disparity, but we understand that there will be no problems because we have complied with everything and the players will be able to register.

“If not, we are prepared to apply a fourth [economic] lever and we will do it,” he vowed.

According to SPORT on Friday evening, however, Laporta will have to do just that as La Liga are still not permitting the club to register the new players and have informed Barca of the development.

Barca have been holding regular meetings with La Liga top brass for weeks to “evaluate the situation” it is said. But the reality remains that Xavi Hernandez’s men “do not meet the necessary requirements” to include the five new signings and two renewed stars in matchday squads as things stand.

Barca still need to lower player salaries, and offload the likes of Frenkie de Jong, too.

To alleviate their woes, the fourth economic lever, which involves selling a further 24.5% of Barca Studios for €100mn ($102mn) – as seen in an identical deal with socios.com earlier this week – could be activated as early as Monday.

While Barca’s La Liga campaign gets underway on August 31, the club – which also sold a total 25% of its television rights for the next 25 years as part of the first two levers – has until August 31 to register the seven players.