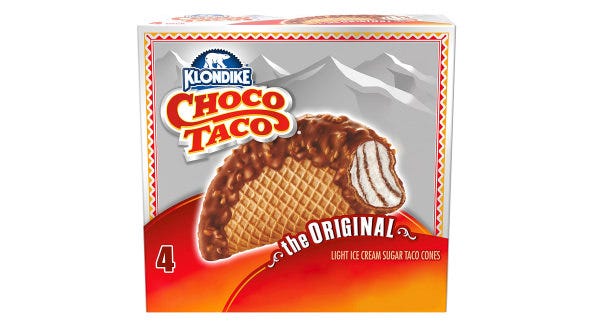 What will you need to get your next Choco Taco? Patience.

Last week, Klondike said it would cease making its frozen treat, which wraps up ice cream, chocolate and peanuts in a waffle cone shaped like a taco. The move to cancel the product was “very disappointing” to consumers, but it was among some “very tough decisions” the company had to make, Klondike said in a statement to USA TODAY at the time.

The news led to a wave of consumer outpouring about the product and Klondike’s decision on Twitter. Amid all those comments, came a lifeline from the Klondike Twitter account in a response to one fan who couldn’t find any Choco Tacos: “We’ve heard from our fans, and we’re hoping to bring this favorite treat back to ice cream trucks in the coming years!”

Is Cracker Barrel’s menu getting ‘woke’? Meat eaters rage on Facebook over addition of Impossible sausage

HBO Max and Discovery+:Streaming services are merging. Here’s when, why and what’s changing

Klondike confirmed “the overwhelming support for Choco Taco has certainly made us reconsider our long-term plans,” the company said in a statement emailed to USA TODAY. “The team is working on a plan to bring it back, though it may take some time. There are currently no definite timelines for bringing the Choco Taco back.”

Despite speculation on social media that the cancelation is simply a business strategy to give the dessert treat a publicity boost, the company insists the move “isn’t just a stunt.”

“The Choco Taco really is discontinued,” Klondike said in response to one Twitter user who asked if the cancelation was a marketing ploy. “That said, we’ve been overwhelmed by the response from our fans, and are working hard to figure out what we can do.”

In the meantime, Klondike professes to have 912 Choco Tacos stashed away and is deciding how to disperse those. The company suggests keeping an eye on its Twitter account (@Klondike) for an announcement on that promotion.

What’s everyone talking about?Sign up for our trending newsletter to get the latest news of the day