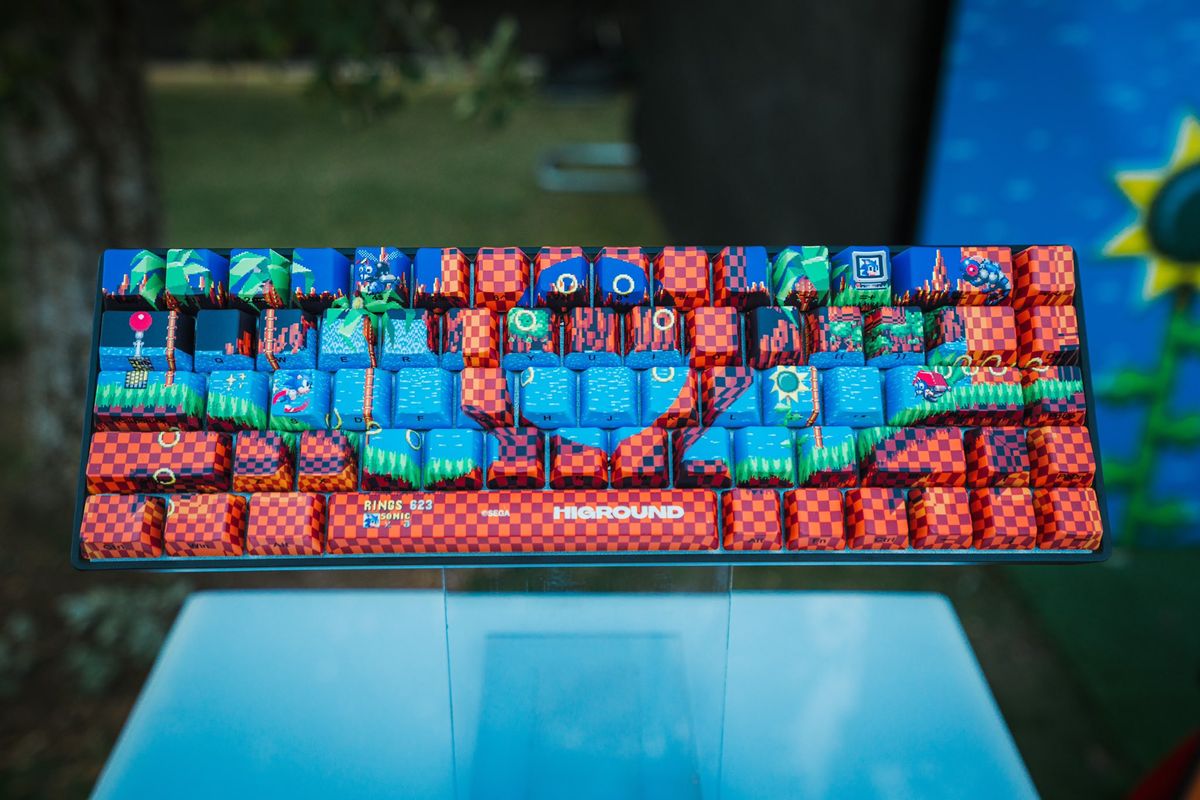 Spotted by Gizmodo (opens in new tab), gaming gear company Higround (opens in new tab) is partnering with Sega on some swag based on the company’s golden age, including absolutely killer keyboards and keycap sets. These are in a whole other league next to the Walmart-sourced Sonic the Hedgehog keyboard (opens in new tab) recently inflicted on my colleague, Jorge Jimenez (and likely 2.5 times as expensive).

The star of the show is definitely the vista of Sonic’s Green Hill Zone printed on glorious PBT caps, but my personal preference is for the Dreamcast-themed board with its clean look and directional buttons that match the pastels of the Dreamcast controller’s face buttons.

Awesome as the Green Hill Board is, it’s the PBT keycap equivalent of an RGB light strip apocalypse⁠. Not quite the tasteful understatement you get with the Dreamcast board. I have to mention the dueling Sonic/Shadow board (opens in new tab) as well. I’d never use it, but I have to appreciate, from afar, it’s apocalyptic Hot Topic perfection.

Both I and PC Gamer Executive Editor Tyler Wilde share a dim assessment of blank keyboards (opens in new tab)⁠—it’s nice to still be able to cheat and reorient yourself here and there, even as a touch typist⁠—but all three keycap sets have characters printed on their fronts, facing the user, instead of up top, a nice compromise between aesthetics and function.

The 65% layout (cutting off a numpad and function keys for a smaller footprint) really speaks to me as well. I use it myself and while I occasionally miss the function keys, replicating them with multi-key shortcuts works fine and I’ve never regretted dropping the numpad.

I’m not fond of Higround’s switch choice for the boards though. They use speed silvers, according to a diagram of the Dreamcast board’s construction (opens in new tab), which are a bit of a “gamer switch.” They’re linear like a Cherry MX Red, but highly sensitive to better augment those Wood Tier IV competitive matchmaking reflexes. In practice, my K/D ratios stayed the same while using speed silvers and the hyper-sensitive actuation just mucked up my typing. I prefer a stiffer linear switch like the horribly named Gateron Oil Kings (opens in new tab) in my board.

Higround is also selling the keycaps as separate sets, with extra keys for full-sized boards even, so you can put them on your own switches if you like. You gotta go fast if you want them, though. This limited “capsule collection” goes live at 12:00 PM PT today, August 5 (opens in new tab).