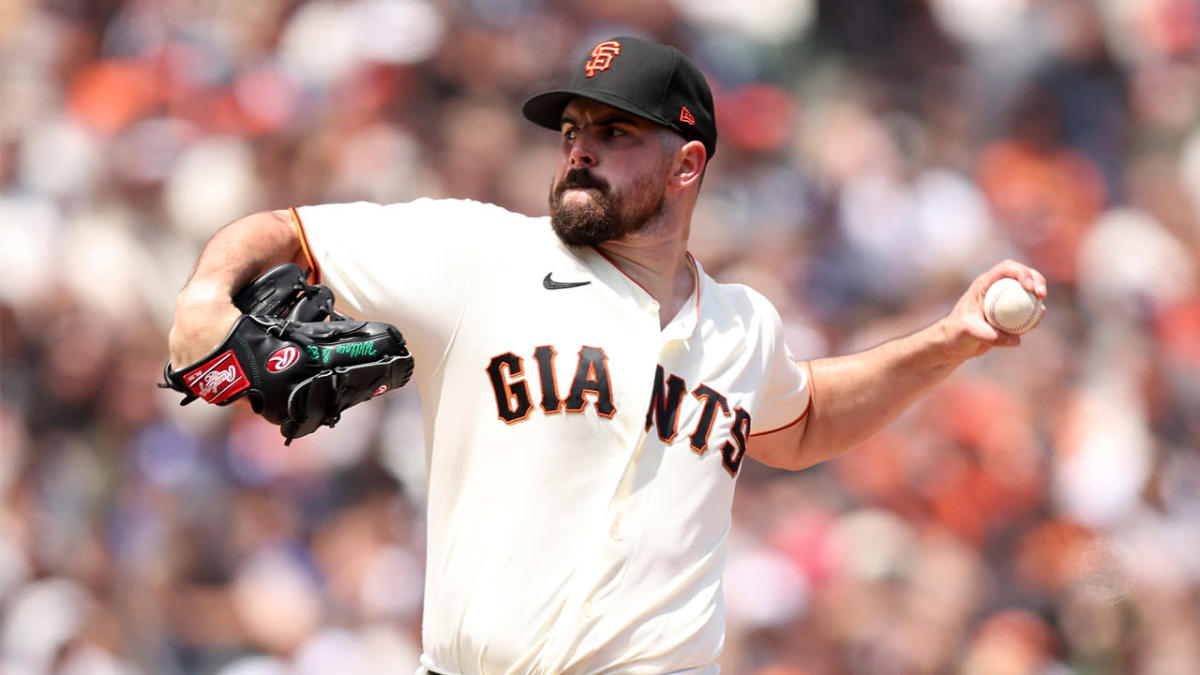 SAN FRANCISCO — In the bottom of the fifth inning on July 21 at Dodger Stadium, Carlos Rodón got Freddie Freeman to fly out to center and Will Smith to fly out to left. He got two strikes on Justin Turner and then flipped in a curveball that the Dodgers third baseman popped up weakly to right. Rodón watched it land in Luis Gonzalez’s glove and then walked slowly back to the visiting dugout.

For the 53,000 in attendance and the national audience watching on TV, it was a very routine inning. For Rodón, it was a pretty huge one.

Rodón came to San Francisco in part because of the creative structuring of his two-year contract. The Giants gave him the ability to opt out of the deal after 2022 if he reached 110 innings, and Rodón did it so on the first night of the second half.

He can — and almost certainly will — opt out of his deal after the season, and as the Giants surveyed the trade market this week, they found that that was a complication. Giants president of baseball operations Farhan Zaidi did not actively seek to deal Rodón, but with the Giants falling in the standings in July, he took plenty of phone calls and took a “very open-minded” approach to the deadline.

Rodón ultimately stayed in orange and black, and on Friday’s Giants Talk podcast, Zaidi explained how the opt-out clause complicated discussions that might have looked more straightforward from the outside.

“It did create an interesting wedge in those discussions,” Zaidi said. “First of all, we feel great about (Rodón’s) health and he hasn’t had any issues this year and obviously has pitched really well for us. But if he makes it to the end of the year and opts out, we have the ability to extend the qualifying offer. We certainly will have discussions about bringing him back (on a new deal). He’s been a great Giant.

“When you look at an acquiring team, they lose the ability to qualify him so they don’t have that potential return, and I do think acquiring teams were worried about the player option essentially serving as an insurance policy for the player, which is really what these player options are. Obviously, we were willing to take our chances because we just believed in his ability to help us and to stay healthy.”

The Giants, understandably, set a high price on Rodón, who stood as easily the best starting pitcher available after Luis Castillo and Frankie Montas were traded to the Mariners and Yankees, respectively. The industry consensus was that the Reds and A’s did well in those trades, and the Giants should have been able to get a good package for Rodón.

But more and more, front offices are becoming risk-averse, and Rodón did come with what some rival evaluators considered a huge complication. If he stays healthy, he will opt out. If he gets hurt, he can simply pick up his $22.5 million option for 2023 and take another shot at free agency a year later. He wasn’t a true rental, but he also wasn’t under club control through 2023, like Castillo and Montas.

You can make a strong argument that this is all overthinking it and that some other front offices may regret their decision. Rodón leads all starting pitchers in FanGraphs’ version of Wins Above Replacement and is the kind of overpowering pitcher who can start Game 1 of a playoff series for any contender. Every pitcher is an injury risk, but if you’re going to take a swing, you should do it on someone who can help you win a title.

The Giants signed Rodón for that purpose, and they were able to get him on a two-year deal because of some shoulder soreness in 2021 that limited his market. But Rodón has been healthy all year has taken the ball every five days. If he keeps it up, he will opt out and try to match the Robbie Ray ($115 million) or Kevin Gausman ($110 million) deals from last offseason.

Zaidi said the Giants will consider keeping him around long-term, and at the very least they’ll recoup draft pick compensation if Rodón bolts, just as they did for Madison Bumgarner and Will Smith after a similar deadline in 2019. That may end up being somewhat equivalent to what was out there on Tuesday, as the Giants never got the kind of offer that would cause them to trade their best player, in part because of the opt-out that Zaidi called a “realistic complication.”

On Tuesday, all involved said they were happy with how it all turned out. The Giants then lost their next three games, falling 6 1/2 games out of the final NL postseason spot. They ultimately may look back at Aug. 2 and feel it was a missed opportunity, but Zaidi said the prospect of holding a full sale was never there.

That seems to be backed up by what happened elsewhere, most notably in Chicago. The Cubs, in a full rebuild, dangled Willson Contreras and Ian Happ for months but ended up trading neither player.

“I think for the sake of our long-term picture we had to be open-minded about (trades), but we were going to have a high cost for taking a step back this year, for hurting our chances this year with (trading) some guys that could have been impact players for other teams and are impact players for us,” Zaidi said. “It was an interesting deadline. I think when you compare it to last year — even though there were some big headlines (this year) obviously — you didn’t see quite the volume of moves.

“Some teams I would categorize as pure sellers, which we were certainly not, held on to some players, and even some players on expiring contracts that was a little bit surprising. But I think that speaks a little bit to the fact that it wasn’t quite the sellers’ market that it was last year.”