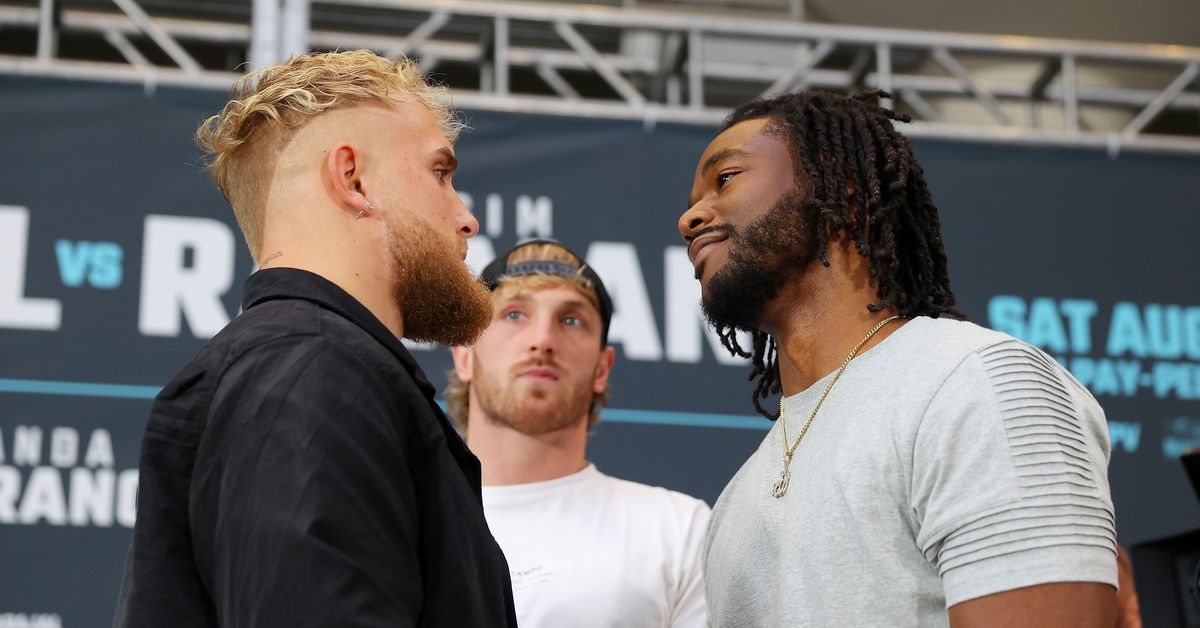 If Hasim Rahman Jr. wanted to prove a point on Friday afternoon, he did just that. Unfortunately, it probably wasn’t the point he hoped to make.

In light of the controversy over his cancelled fight with Jake Paul, Rahman Jr. elected to host his own weigh-in at Gleason’s Gym in Brooklyn on Friday to showcase his ability to make 205 pounds for his bout with Paul, which was scheduled to go down Saturday before issues over Rahman Jr.’s weight led to its cancellation. In the end, Rahman Jr. tipped the scales at 206.6 pounds, which would’ve qualified as a weight-in miss for the 205-pound matchup.

Video of Rahman Jr.’s weigh-in can be watched below.

The Paul vs. Rahaman Jr. was initially booked at 200 pounds as a replacement fight once visa issues prevented Paul’s original opponent, Tommy Fury, from entering the United States. The fight was then shifted to a 205-pound contest due to concerns over Rahman Jr.’s weight, before being scrapped altogether a week out from fight night once Rahman Jr.’s team allegedly asked for a 215-pound catchweight concession. In a previous statement, Paul’s management team Most Valuabale Promotions alleged that the assurances from Rahman regarding his ability to make weight “were not made in good faith.”

206.6. Exposure The 25% purse fines were a post of the contract for a reason. Y’all stay tuned more exposure in a few

With Saturday’s even cancelled, there has been no word yet on MVP’s plans for Paul (5-0 boxing, 4 KOs) to return to the boxing ring.

On Thursday, officials from the planned venue for the fight, Madison Square Garden, pushed back on claims propagated by UFC president Dana White and others that the Paul vs. Rahman Jr. fight card was cancelled due to poor ticket sales, stating that the event “was projected to be in the top 10 of highest grossing boxing events at MSG in the past 15 years.”

“MVP has been great partners and we’re looking forward to working with them again soon,” a representative for Madison Square Garden told MMA Fighting.

UPDATE: Paul at least seemed to enjoy the latest turn of events.