The 19-year-old and the fishmonger, 23, failed to look at each other and both appeared to scowl as they jumped into a cab home.

Their demeanour was a far cry from the some of the other couples of the series, who appeared more loved up then ever before as they all celebrated the show and reunited with their co-stars.

Gemma’s appearance came just hours after she sparked speculation the couple – who came second – were already on the rocks.

She returned to social media for the first time shared a picture of herself enjoying a drink with her trademark scowl as she looked to the future – without a single mention of Luca.

She wrote: “It’s so good to be back home after what has been an incredible and unforgettable experience. 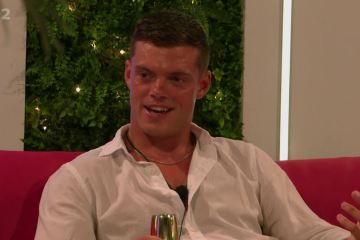 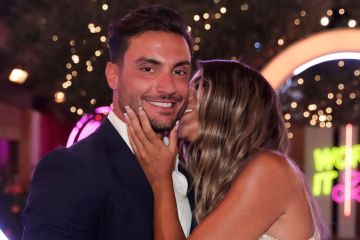 “I am genuinely so grateful for all the support throughout, thank you so much 🤍 I’m looking forward to the next chapter now and will keep you updated on the journey 💋.”

Her followers were quick to spot his absence and rush to comment, with one person asking: “Yikes where’s luca?”

A second added: “Lucas been binned 😂.”

While a third cheekily wrote: “Have you got a restraining order on Luca yet?”

Luca also commented on the snap writing: “Okay so it turns out I am punching.”

He was referring to a row they had in the villa when Paige told him he was “punching” with Gemma and he insisted he wasn’t.

As they returned to the UK on Tuesday, Luca was seen grabbing food alone while fans noted that Gemma’s famous footballer dad Michael Owen was a no-show at the airport upon his daughter’s return.

For many the airport swerve was another hint that the footballer pro isn’t a fan of Gemma’s man after he also missed family day in the villa.

Luca came under fire during his time on the show after appearing to get annoyed when Gemma spoke to new bombshells and was even accused of pushing her.

Throughout the series Luca’s family constantly defended him and even apologised on his behalf after an explosive rant at Gemma.

His intentions towards Gemma were repeatedly questioned, but the pair insisted they loved each other and ended up coming in second place.