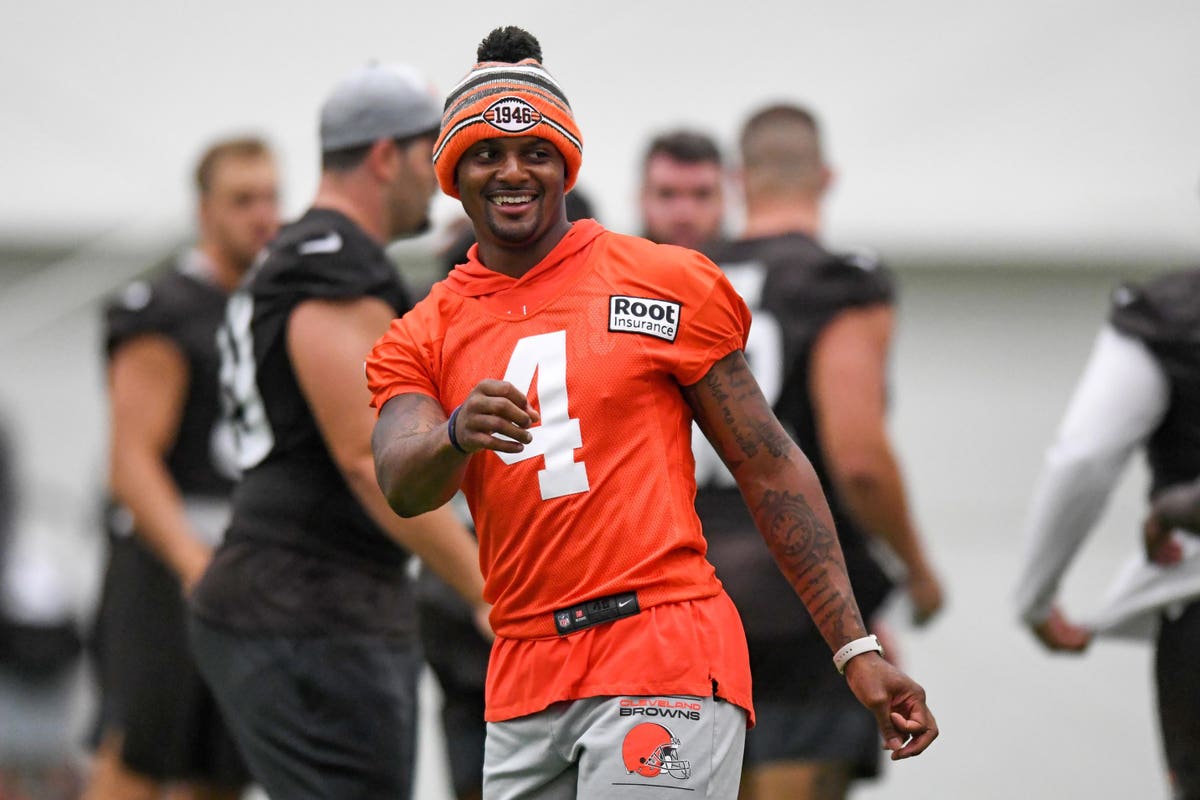 In this week’s SportsMoney Playbook: the world’s highest-paid golfers, a pricey NFL stake sale, and a WNBA star becomes a soccer team owner. Plus: marketing experts weigh in on Deshaun Watson’s future.

The pending sale of a minority stake in the Raiders values the team at $6.5 billion. That’s almost double Forbes’ estimate from last year—but there are caveats.

Facing a suspension from the NFL over sexual misconduct allegations, Deshaun Watson has become untouchable for sponsors, marketing experts tell us.

Amazon will be offering multiple alternate streams each week for its Thursday Night Football broadcasts, including one featuring the stars of a popular YouTube channel.

Retiring WNBA legend Sue Bird is buying a minority stake in NWSL franchise Gotham FC. She tells us she didn’t need any convincing from her fiancée, soccer star Megan Rapinoe.

A matchup between newly crowned Women’s Euro champion England and the USWNT has become the fastest-selling women’s soccer game in history outside a major international tournament.

McLaren races in Formula 1, IndyCar and the off-road electric vehicle series Extreme E, and it will soon join Formula E. CEO Zak Brown tells us that that diversity is key to the organization’s sponsorship success.

The two biggest motocross series are partnering for a new championship that will come with the sport’s biggest-ever prize, $10 million.

The Professional Fighters League plans to launch divisions in both Europe and the United Arab Emirates within the next two years, hoping to identify the next stars for its global roster.

Thanks to Saudi Arabia’s bottomless well of petrodollars, LIV Golf has boosted the earnings of the top ten golfers by an estimated $370 million since June, bringing their combined haul to a record $650 million over the last 12 months. Check out our ranking of the ten highest-paid golfers.

After a record-breaking 2021, Cooper Kupp has a lucrative contract extension with the Rams and is seeing a huge spike in merchandise sales. Still, it’ll be an uphill climb for Kupp to earn as much as the NFL’s top quarterbacks, who claimed seven of the ten spots on our 2021 ranking of the league’s highest-paid players. A wide receiver hasn’t appeared on that list since 2019.

“I think it’s like a car. Your body uses a lot of mileage, and it’s harder and harder to keep going.” — Kevin De Bruyne

Kevin De Bruyne is considered one of the best soccer players of his generation, but at 31, the Manchester City midfielder has had to rethink how he spends his offseasons. Find out why De Bruyne says he did not train at all this summer.