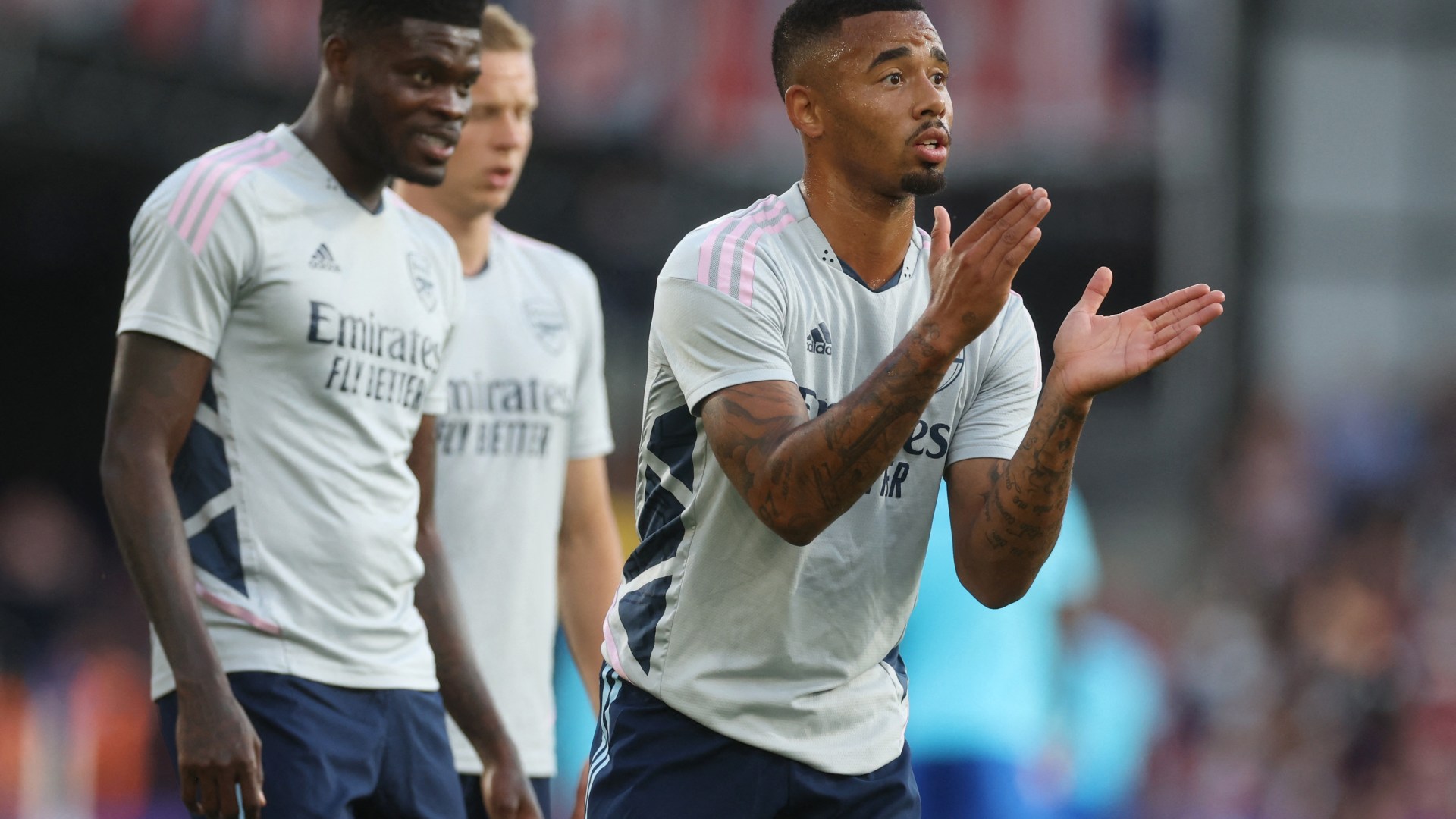 The Premier League is back with a London derby as Arsenal head to Crystal Palace.

Mikel Arteta’s Gunners threw away a Champions League place in the dying stages of last season with away defeats to rivals Spurs and Newcastle.

But they have strengthened over the summer with the signings of Man City duo Gabriel Jesus and Oleksandr Zinchenko, Porto’s Fabio Vieira and Sao Paulo’s Marquinhos.

And they couldn’t have a better chance to prove things will be different on the road this season as they head to Crystal Palace.

When they visited Selhurst Park last season they were overwhelmed by the Eagles and the intimidating crowd as they succumbed to a 3-0 defeat.

But the Eagles will have to contend with the loss of key midfielder Connor Gallagher, who has returned to parent club Chelsea after the end of his loan deal.

Patrick Vieira’s men have had a relatively subdued transfer window so far, forking out a total of just £30m, compared to Arsenal’s £120m.

Midfielder Cheikh Doucoure joined for around £20m from Ligue 1 side Lens while American defender Chris Richards signed for approximately £11m from Bayern Munich.

Former Man Utd goalkeeper Sam Johnstone was also snapped up on a free transfer as was Derby winger Malcolm Ebiowei.

And as always, Arsenal will have to contend with the pace and trickery of talismanic Palace winger Wilfried Zaha if they are to get a result.