CHELSEA are in talks with former Liverpool sporting director Michael Edwards over a potential move to the club, according to reports.

The transfer guru was the man who helped construct Jurgen Klopp’s current Liverpool team before he left the club in June.

He had been in the role for six years, in which he developed a reputation for being a tough negotiator and excellent talent spotter.

New Chelsea owner Todd Boehly is keen on bringing him to West London so he can take charge of transfer business, claims The Times.

As a result, Boehly has been in control of transfer this summer with his approach being criticised by some. 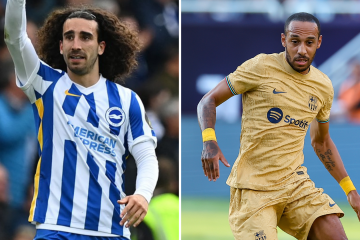 Therefore he reportedly wants to add Edwards to the club’s hierarchy but faces a hurdle in that him and manager Thomas Tuchel may have different visions for the team.

And also Edwards reportedly wanted a year off after leaving Liverpool, speculation suggests it’s unclear if he’d return to work so soon after quitting his role at Anfield.

Rumours say there is no exclusion clause that prevents him joining another club.

Edwards has played a huge behind the scenes role at Liverpool helping build a team that has won most notably the Premier League and Champions League.

Edwards also played a big part in selling Philippe Coutinho to Barcelona for a staggering £142million.

If Chelsea can’t bring Edwards to Stamford Bridge former Southampton and Tottenham chief Paul Mitchell could be of interest as is Atletico Madrid’s Andrea Berta, according to reports.

Liverpool are moving on from Edwards and have signed Darwin Nunez from Benfica for £85million.

Yet there has been frustration over missing out on deals for Jules Kounde and Raphinha to Barcelona.