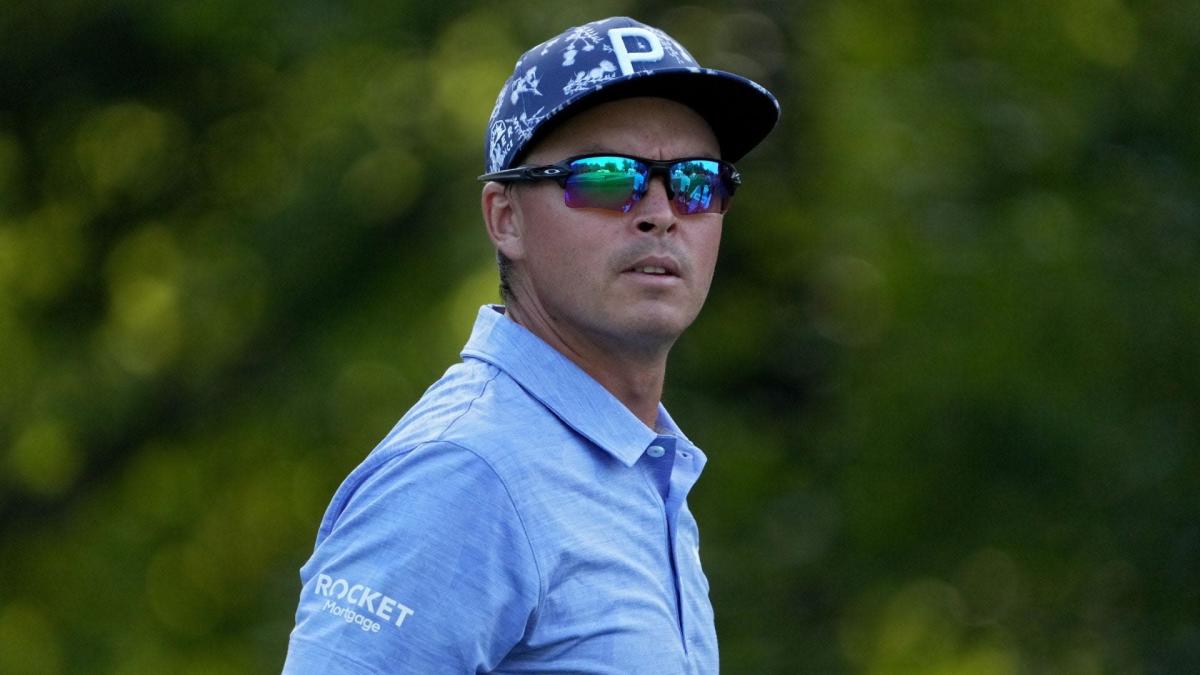 The Wyndham Championship can be a gift or a death sentence to those who hover around the FedExCup Playoffs bubble.

A good week can prolong a player’s season, while a bad one can have them teeing it up at the Korn Ferry Tour Finals to try and keep Tour status for next season — if they don’t already have it. Missing the cut can dash a bubble player’s playoff hopes even earlier.

Keep reading to find out who was trunk slamming on Friday at the Wyndham Championship after realizing they probably won’t be teeing up next week in Memphis.

Fowler missed the playoffs for the first time in his career last season, but what could’ve been chalked up as a fluke has, in all likelihood, turned into two-straight years of failing to make it to the postseason.

A comeback campaign looked promising when Fowler, 33, posted a T-3 at the CJ Cup last fall. Since then, his best finish this season was a T-21 at the Wells Fargo Championship. He still came into the Wyndham inside the bubble at No. 123, but a missed cut knocks his projection down to 127, two spots out of the playoffs. Thankfully for Fowler, he’s fully exempt through next season.

The Englishman won last fall on the DP World Tour, but this season on the PGA Tour, he had only one top-10 (T-7 at the 3M Open) despite making his most starts ever on Tour (21). His five-year exemption from winning the Masters runs out this year, but he can play out of the Nos. 126-150 category next season or head to the KFT Finals.

FedExCup cheat sheet: A guide for how players can qualify for playoffs at the Wyndham

Coming off his second top 10 of the season last week in Detroit, the 32-year-old was looking to ride that momentum to his second-consecutive playoff appearance, but the Englishman finished one stroke off the cutline at Wyndham.

Rookie Smotherman earned his Tour card on the bubble at No. 25 in the KFT standings last season, and now he’s likely heading back to the KFT Finals after he double bogeyed the 18th at Wyndham to narrowly miss the cut. If he doesn’t play well there, he’ll still have limited status out of the Nos. 126-150 category.

The world No. 125 won in each of the last three seasons, but that streak came to an end this year. A wrist injury sidelined him for nearly all of the fall slate, and once he returned in January, he never quite found a groove, with two top 10s in 17 starts and five-straight missed cuts in the middle of the season. His streak of three-straight playoff appearances likely comes to an end, but thanks to his past victories, he has his card for next season.

Higgo burst onto the scene last year when he won the Palmetto Championship in only his second-ever Tour start. This season, the 23-year-old’s best finish in an individual event was a T-18 at the Memorial. Aside from a T-4 at the Zurich Classic, the South African hasn’t had a top-10 finish since his victory at Congaree. The Palmetto win will carry him one more season, as he’s exempt through next year.

Last season, the world No. 289 had three top 10s in a row to clinch his first playoff berth after three years on Tour. He didn’t finish in the top 10 once this season.

In his rookie campaign, Hardy missed roughly a month with a wrist injury. However, he returned and made the U.S. Open cut before notching his first Tour top 10 at the Travelers Championship. It would be too little, too late though, needing a 31st or better at Wyndham to sneak into the top 125 in points.

A year after he ended a seven-year winless drought and earned his first Ryder Cup nod, English was sidelined for most of 2022 after receiving hip surgery. The world No. 38 had one top-20 finish in seven starts since returning and ended the season with three-straight missed cuts. The 33-year-old is exempt through the 2023-24 season thanks to his two wins during the 2020-21 season.