This year’s BMW M Award for the MotoGP rider with the best qualifying results will be quite special. The 2022 winner will get the keys to the first BMW M3 Touring, set to be presented this weekend in Silverstone.

The first M3 Competition Touring that came out of the factory is painted in Frozen Black, combined with Merino/Black leather upholstery for the M sport seats inside the cabin. Under the bonnet lies a twin-turbo 3.0-liter six-cylinder engine producing 503 hp (375 kW / 510 PS) and 479 lb-ft (650 Nm) of torque. An eight-speed automatic transmission sends power to all four wheels thanks to the standard M xDrive system. 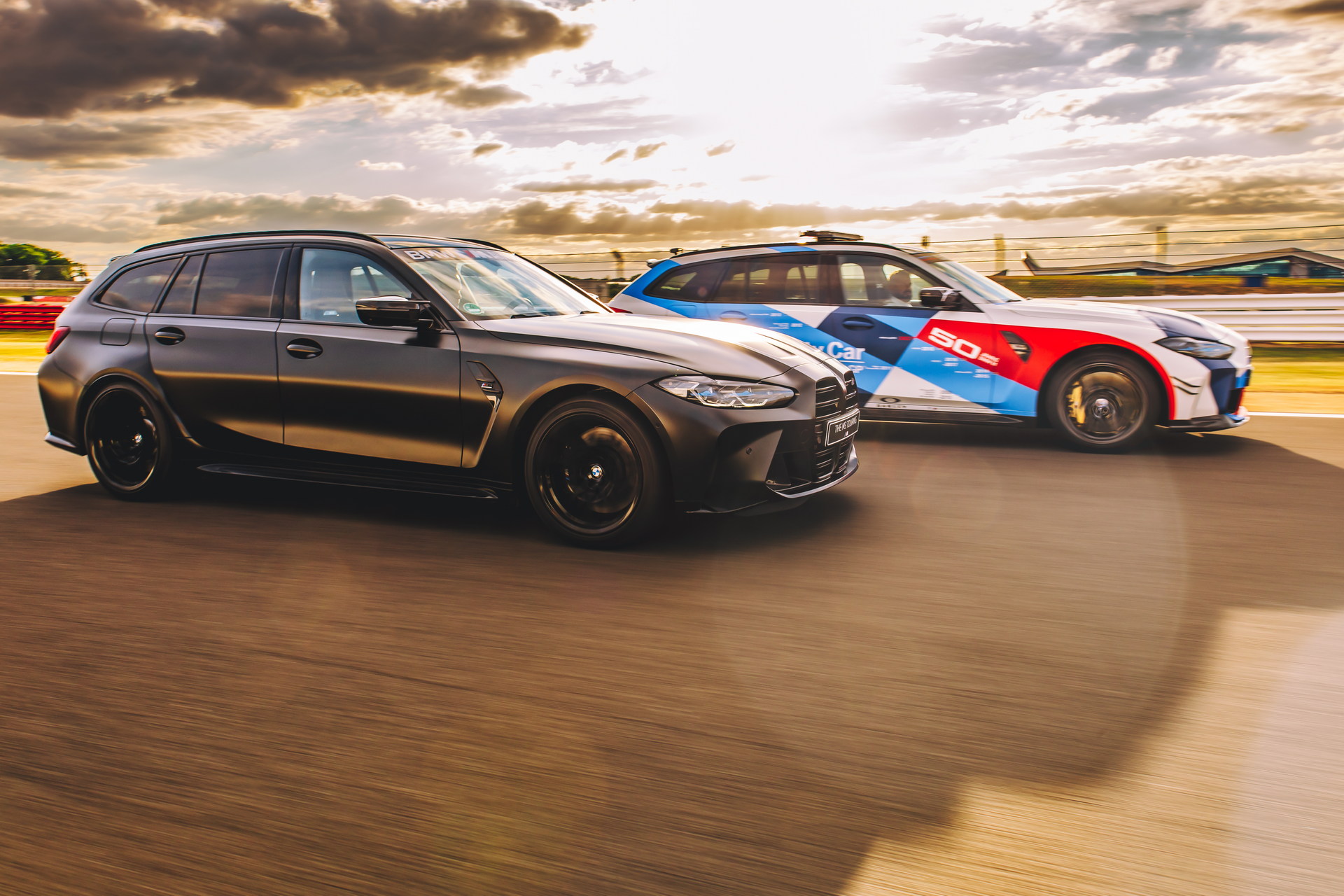 BMW will showcase the model at the British Grand Prix in Silverstone, following its first public outing in Goodwood last June. The Frozen Black M3 Touring will be joined by the official M3 Touring MotoGP Safety Car that is also set to make its racing debut this weekend. The winner will get the keys at the end of the season, while the first deliveries of the model for the general public are scheduled in November.

The special gift was chosen to celebrate not only BMW M’s 50th anniversary, but also the 20th BMW M Award in MotoGP since 2003. Each year a prize is awarded to the rider who gathered the most points based on his qualifying positions throughout the season. Marc Márquez is the record-holder with seven consecutive wins (and an equal number of BMWs), followed by Valentino Rossi and Casey Stoner with three wins each, Jorge Lorenzo with two, and Sete Gibernau and Nicky Hayden with one each. Last year, MotoGP champion and fastest qualifier Fabio Quartararo won a BMW M5 CS.