The BMW i3 is riding off into the sunset with one final version that will be used by Munich car rental company CarVia.

More than 250,000 BMW i3s have been built over the course of the car’s production run and on August 2, the final 18 examples were handed over to CarVia at BMW Welt in Munich.

All of these cars are finished in the same shade of Galvanic Gold that is contrasted by gloss black across the hood, roof, and tailgate. Adding to the unique visual presence of this special run of i3s are gloss black wheels.

Bimmer Today reports that the cars will be available to rent through CarVia for €40 ($41) a day. 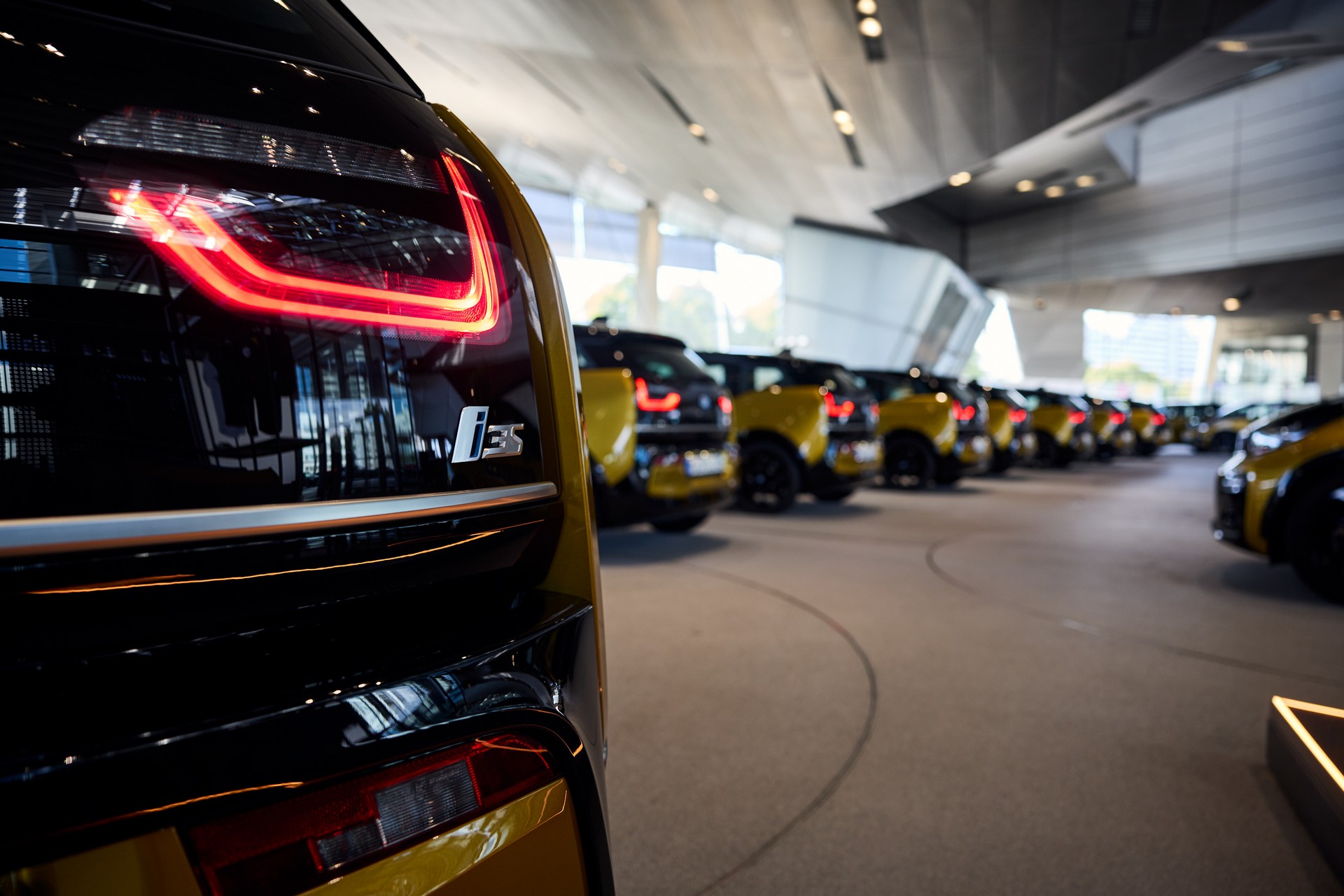 The delivery of these i3s comes shortly after BMW commemorated the model’s nine-year production run with the launch of the special Home Run Edition. Just 10 examples of the Home Run Edition models were produced with five finished in Frozen Dark Gray and five painted in Frozen Red II. Each of the Home Run models also feature 20-inch double-spoke wheels, an electric glass sunroof with solar control glazing, and adaptive headlights.

The BMW i3 has long played a pivotal role in the car manufacturer’s electrification strategy and pushed it into a new segment of the market. It was sold in pure EV and range-extender hybrid guises and was unique from most other vehicles in the premium compact market due to its use of an aluminum chassis and carbon fiber passenger cell. However, it no longer offers the type of performance and range that more recent rivals do, and has been superseded by a number of all-new electric BMWs, including the i4, iX, and the 3-Series-based i3 launched in China earlier this year.