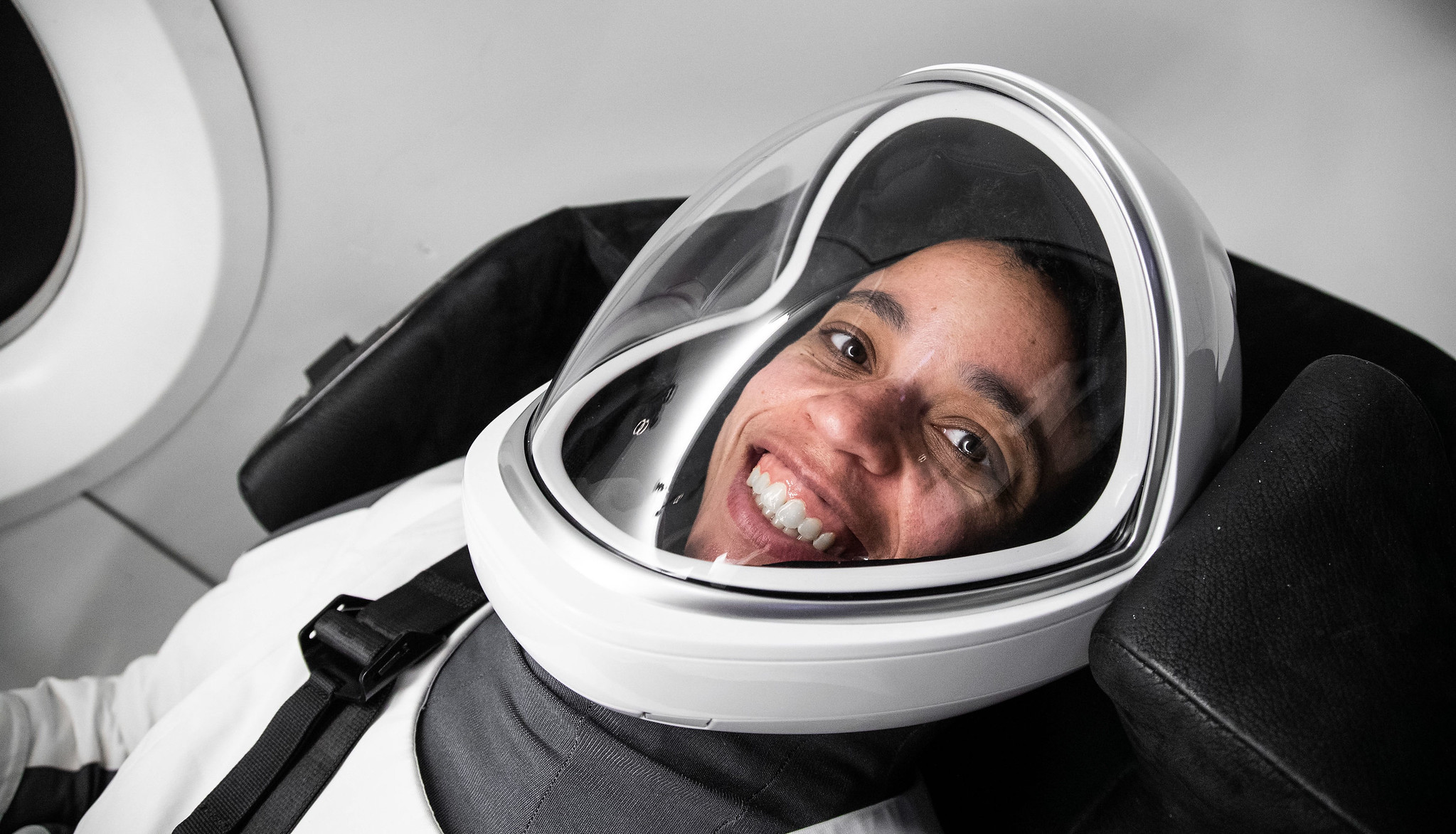 One of the latest Curiosity Mars mission papers happens to have a lead author in space right now.

NASA astronaut Jessica Watkins managed to squeeze out a publication on the Curiosity rover mission, which is reaching its 10th anniversary on Mars Friday (Aug. 5), just before launching to the International Space Station.

It was a long road to publication on this Journal of Geophysical Research paper (opens in new tab), however, which discusses the environment of Curiosity’s landing site at Gale Crater. Watkins and her team submitted the paper in 2017, but a distraction came up in her professional life.

“Shortly after the paper was returned to us by the journal editor with reviewer comments, I was selected by NASA and unable to complete the revisions before reporting for duty as an astronaut candidate,” Watkins told Eos (opens in new tab), a science publication of the American Geophysical Union (which also publishes the journal in which Watkins’ paper appeared.)

A typical astronaut candidate must complete at least two years of training before being certified for spaceflight, and to be fair to Watkins, she was plunged into her SpaceX Crew-4 mission training almost immediately after her 2020 certification.

“After a few years of focusing on training, I was able to return to [the paper] with the help of my co-authors,” Watkins said, noting final acceptance happened around her April 27 launch date for Crew-4. Publication took place June 8, at about the six-week mark of her mission.

The Curiosity affiliation is hardly surprising, as Watkins was trained as a planetary geologist and previously served as a science team collaborator on the mission, according to her NASA biography (opens in new tab).

Her graduate research at the University of California, Los Angeles, just down the road from NASA’s Jet Propulsion Laboratory where Curiosity operations take place, focused on “the emplacement mechanisms of large landslides on Mars and Earth,” the agency stated.

The paper led by Watkins focuses on the formation of sedimentary rocks on Mars, based on data collected by Curiosity. Rocks, the paper states in its plain-language summary, are formed after sediments are “exhumed and recycled back into the crust through renewed burial.”

The paper aims to provide more information on exhumation (uncovering), which is “poorly constrained” on Mars. The team used eroded surfaces as a proxy to better understand how ancient rocks are exhumed on the Red Planet, suggesting that it is primarily dust that causes that process and not water on Mars.

Searching for habitability on Mars is Curiosity’s prime mission, while its newer cousin Perseverance scours Jezero Crater for signs of ancient life itself. Perseverance will assist a Mars sample return mission to ferry rocks, and potential biosignatures, back to Earth for detailed analysis.

“This paper describes the discovery of an unconformity in a sequence of sedimentary rocks on Mars. An unconformity represents a discontinuity in the time of deposition between sequences of rocks,” Watkins told Eos of the work.

The unconformity, she said, is significant because it shows a time of transition between when older and younger rocks were deposited, between different environmental “regimes” contrasted by lacustrine rocks and newer eolian ones.

“In this case, it separates the rocks, which record a time in which a lake was present at Gale Crater, and an overlying sequence of rocks which record a time when the climate was much drier — leading to the formation of eolian sand dunes,” Watkins added.

Watkins, also the first Black woman to undertake a long-duration space mission, may be tasked to do planetary geology on another world. The astronaut is among a cadre named to future missions of the Artemis program, which aims to put boots on the moon later in the 2020s.