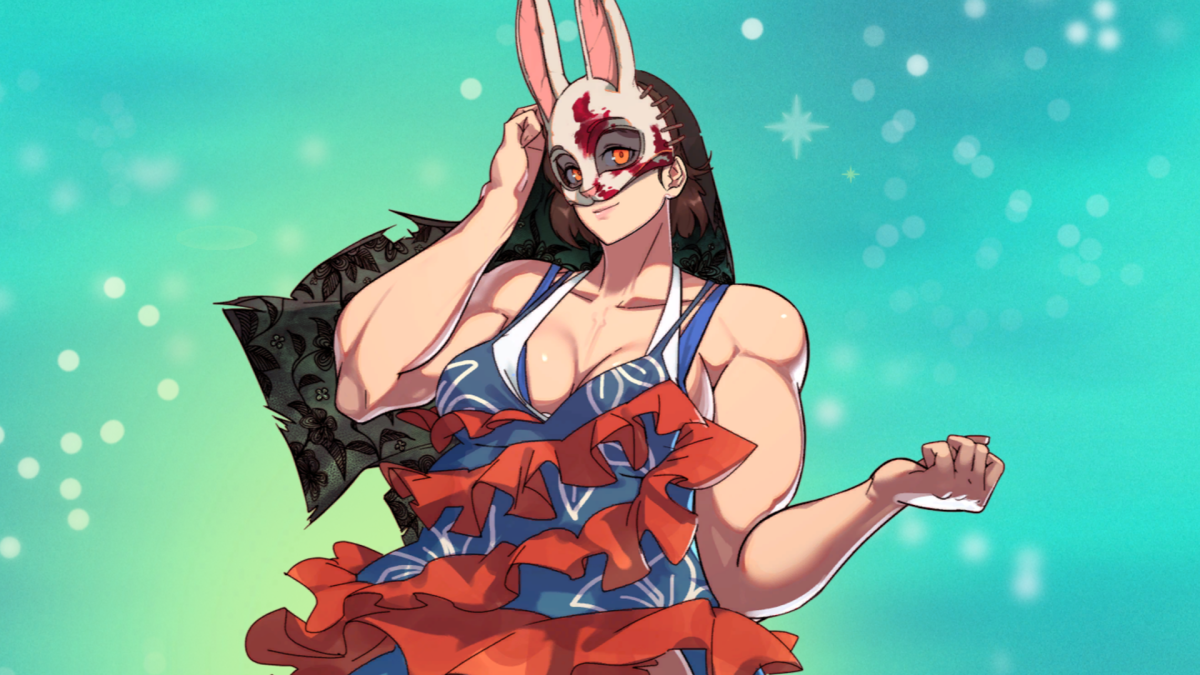 Hooked On You: A Dead by Daylight Dating Sim (opens in new tab) is a gift to all of the people who play Behaviour Interactive’s game about horrific killers, but who also think they might deserve a kiss sometimes. Or all the time, as the staggering waterfall of Dead by Daylight fanart has so explicitly shown. Hooked On You, which is available today on Steam, plucks out four of its hottest villains and puts them on an island with you. Even as someone who hasn’t played the popular multiplayer game it’s based on (I’ve seen it played a lot though), it’s still a surprisingly charming genre twist that didn’t need to be this good.

Hooked On You is developer Psyop’s return to dating sims after releasing the Kentucky Fried Chicken game in 2019. I Love You, Colonel Sanders! A Finger Lickin’ Good Dating Simulator (opens in new tab) received criticism when it came out for being what was essentially an elaborate marketing ploy disguised as a dating sim, a genre that’s had a long history as a place for queer expression that you wouldn’t find in a lot of mainstream releases. Hooked On You carefully rides the line between brand advertisement and sincere dating game, but after having finished it twice, I think its commitment to the bit is largely genuine. The only thing that’s a little hard to get past is Psyop’s recent involvement with NFTs (opens in new tab); a venture that damages my enjoyment a little after the fact, even though it was led by a different project director than the one who worked on this game.

Like almost all dating sims, Hooked On You drops you into a situation where it’s impossible not to fall into the lap of one of its sexy love interests, or killers in this case. You’re stranded on a tropical island and are given the opportunity to chat up the Trapper, the Huntress, the Wraith, and the Spirit. Each of them have their own distinct desires and open up about their traumatic pasts, which the game’s self-aware writing underlines through the voice of its narrator.

Courting the killers requires you to impress them over drinks, volleyball, and impromptu dates in an abandoned, magical lighthouse (it gets weird fast). If you say the wrong thing and piss them off, you’ll get murdered and asked to retry, but, outside of one small stop-the-spinner minigame, it’s easy to lock lips with one of the gruesomely attractive villains by the end of its one-hour length. If the outcome wasn’t exactly what you wanted or there are other paths you want to pursue, you can reload and skip through the dialogue to change your fate.

The structure is exactly what you’d expect, but the way Hooked On You is able to acknowledge its absurd premise, the game it’s based on, and how desperate its characters are for a genuine connection, is magnetic. Once I hit the second day, I couldn’t stop clicking through the witty conversations to see how I could convince one of the killers to spend the night with me. Hooked On You treats everyone, no matter how ridiculous and detached from their violent role in the multiplayer game, like real people, and it all comes through in the writing. And for a short experience, that’s a lot more than I could have asked for.

Hooked On You embraces its place as an imaginative $10 off-shoot where the only aim is to finally let people make out with the chopped-up goth girl or the masked himbo. It’s surprisingly honest and a welcome palate cleanser if you’ve been knee-deep in much bigger and much more grim games this year.

Hooked On You is available on Steam, and if you own Dead By Daylight, you’ll earn some in-game goodies for buying it too.