Retirement normally means slowing down and enjoying the finer things in life, but don’t tell that to Nico Rosberg.

While many retirees spring for a Lexus ES, the 2016 Formula One World Champion recently took delivery of a Rimac Nevera. It isn’t the first production model, as the #000 car will remain in the possession of Bugatti Rimac, but Rosberg managed to secure the first retail unit.

That makes his car pretty special and Rimac said the former racer went with an “aggressive specification” that he described as ‘full Batmobile spec’ when commissioning it. In particular, the car features a Stellar Black exterior with exposed carbon fiber as well as polished Vertex wheels that are backed up by gloss black calipers.

The dark theme continues in the cabin as the model is decked out in black Alcantara. There’s also no mistaking its ownership as the model has a plate with Rosberg’s name and signature as well as a mark identifying it as “001/150.”

Rimac says Rosberg has been along for their journey ever since he saw the C_Two concept in person several years ago. This caused him to become one of the company’s very first customers.

As he explained, “Ever since I first met Mate [Rimac] and truly understood the genius behind Nevera, I knew I wanted car number one. For me, this car represents absolutely everything I could ever want. It showcases the very best of innovative electrification technology, bringing it into a car designed literally from the ground-up to be not just incredibly fast – or the fastest – but really great to drive, too.” 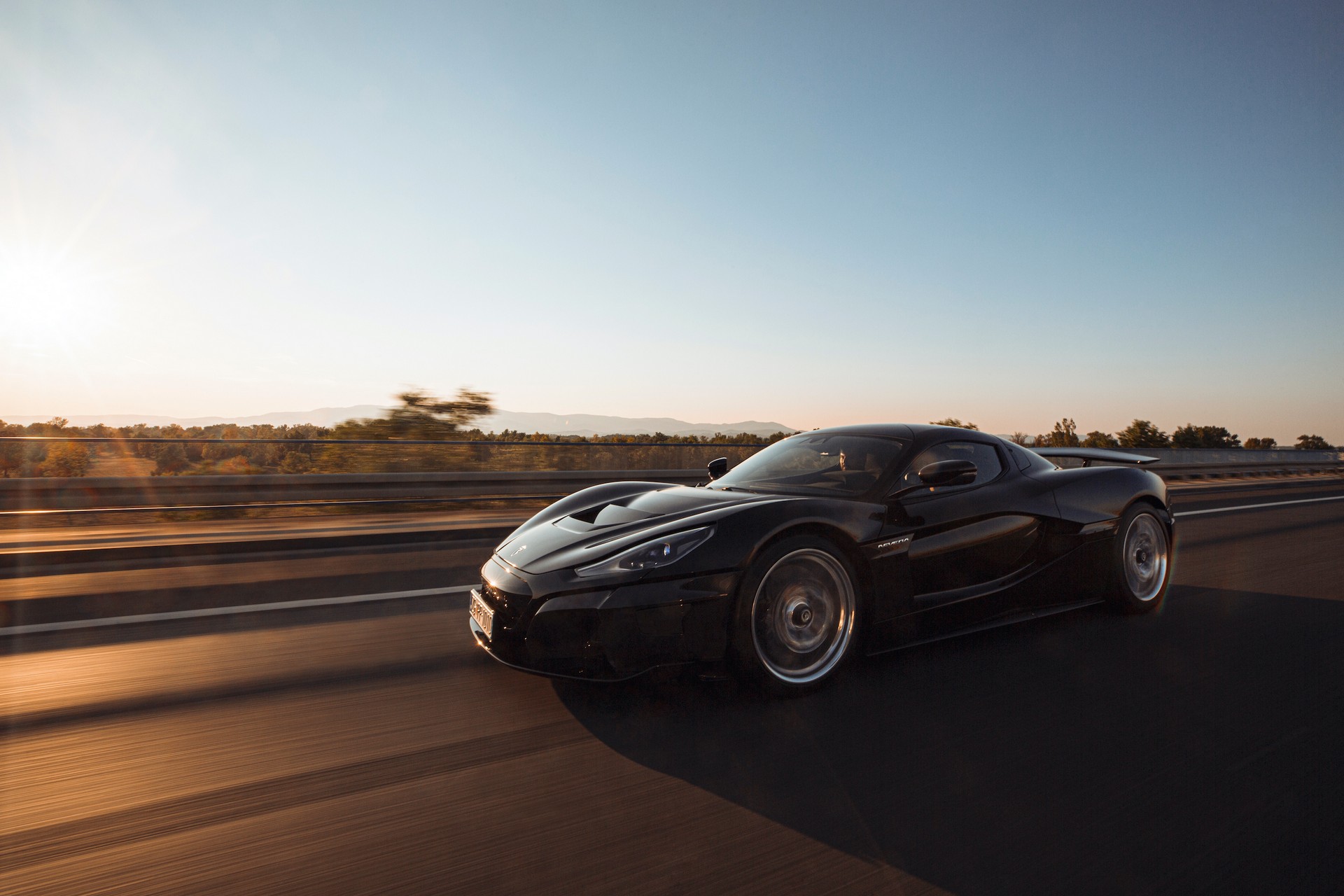 For his part, Mate Rimac remarked “It’s a great feeling to know that someone who has mastered the most focused and cutting-edge motorsport in the world gets such a thrill from the car that we’ve created. We’re all looking forward to following Nico’s journeys with the Nevera; all of his cars are used and enjoyed, which is exactly what we encourage our owners to do.”