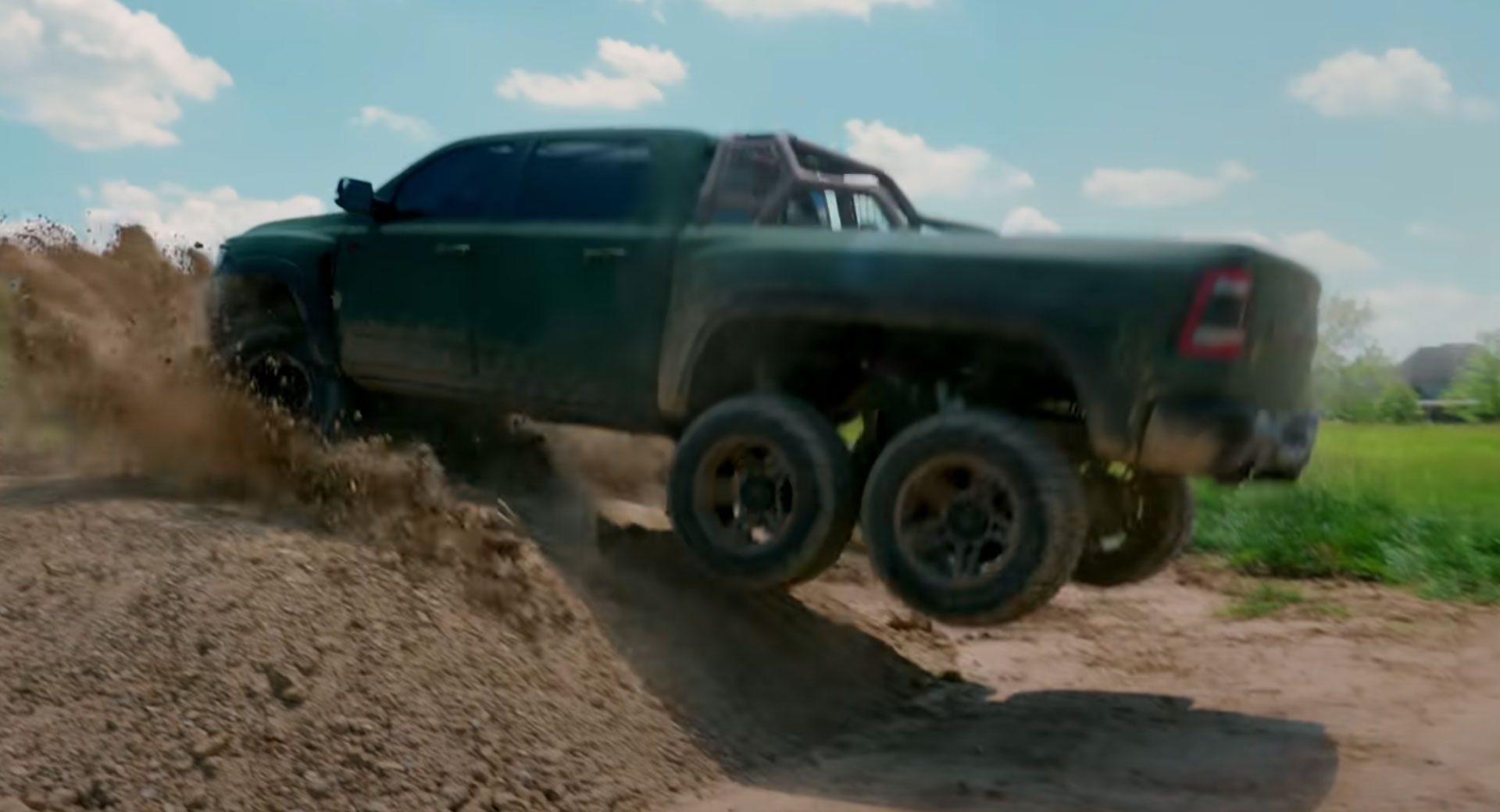 People will go to extreme lengths to go viral on YouTube and for the owner of one particular Ram 1500 TRX, a devastating crash was the result.

The YouTube channel in question is known as The Triple F Collection and the man behind it owns a dizzying array of supercars and hypercars. He also happens to own a six-wheeled Ram 1500 TRX produced by Florida’s Apocalypse Manufacturing and dubbed the Warlord.

As standard, the TRX is about as extreme as off-road-focused pickup trucks can get, so by adding an extra axle and two more wheels, we can understand why an owner would think this wild creation was virtually indestructible.

To show what the extreme pickup truck is capable of, The Triple F Collection decided it would be a good idea to jump it. So, the host and his friends set about building a jump for it and claim to have successfully completed the jump 15 times at 30 mph (48 km/h). However, they then decided to make the jump bigger but didn’t increase the speed and still hit it at 30 mph.

The result? The Warlord landed well short of the landing ramp and footage shows the front fascia and front wheels slamming into it. Surprisingly, the airbags of the pickup truck weren’t deployed and both the driver and passenger were flung forwards in their seats and likely experienced quite a lot of whiplash.

The heavily-modified Ram 1500 TRX suffered quite a lot of damage in the incident and will obviously need to undergo a series of repairs to bring it back to its former glory. While the Warlord isn’t cheap, we’re sure the owner can afford the repair bill, regardless of how pricey it may be.