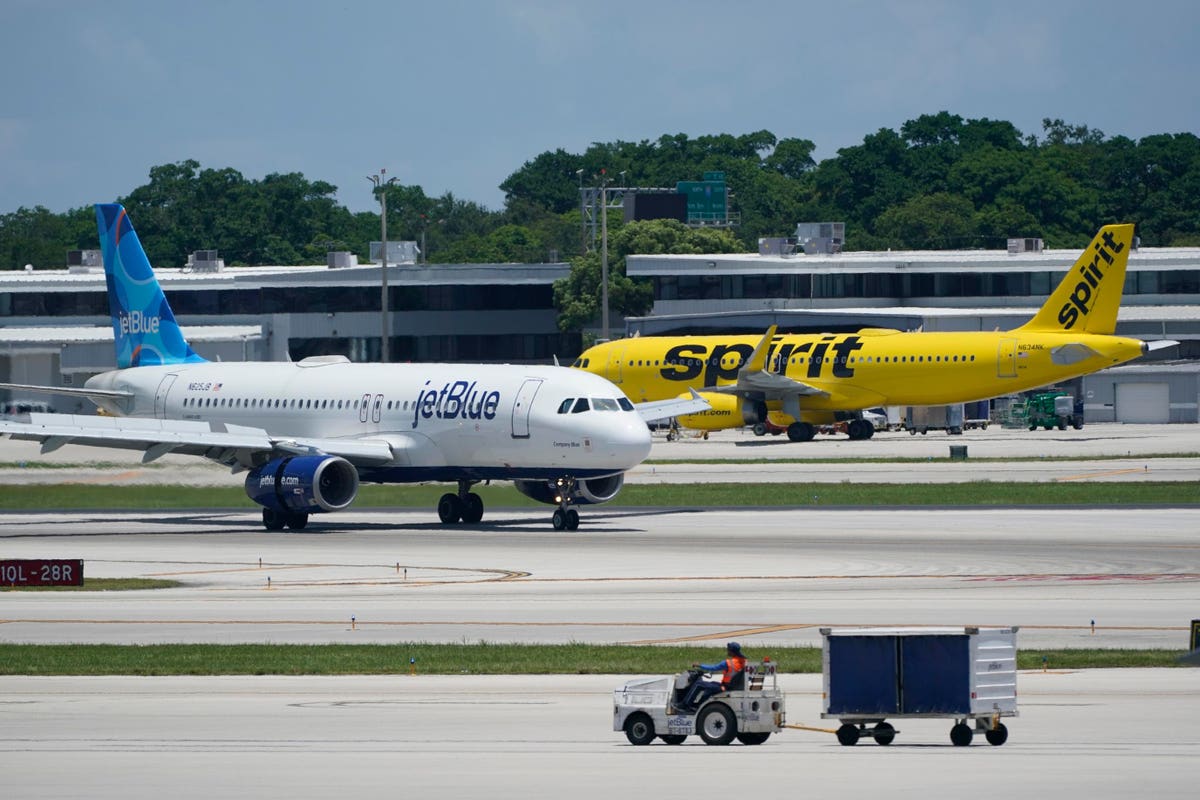 Wall Street has never liked JetBlue. It forced out two CEOs, primarily because they offered passengers too much comfort for too little money. Now, it doesn’t like the planned acquisition of Spirit.

JetBlue has long been a disrupter, interfering with industry convention. At its origin in 1998, it offered the seemingly unlikely theory that passengers would trudge to New York Kennedy for domestic flights. By 2019, Kennedy served 25 million domestic passengers, enough to make it the 25th largest domestic airport, even before counting its 34 million international passengers.

Today, most in the airline industry believe that $3.8 billion is too much to pay for Spirit, especially given the chance that regulators won’t approve a deal that puts a low-cost, low-fare carrier together with a higher cost, higher-fare competitor.

But it’s fair to say that most people have never gotten JetBlue right.

To briefly recount history, JetBlue spurted out of the gate in 2000, defining rapid growth, and for a time lived on the edge of the airline industry. It beat the odds at Kennedy. Then it muscled its way into Boston, where it also became the leading carrier. It even became a key transcon player.

Meanwhile, Wall Street pushed out founder David Neeleman in 2007, after a snowstorm led to an operational meltdown at JFK. Then In 2014 it pushed out Dave Barger, an operations guy who was part of the founding group. Barger was angry when he stepped down: Current CEO Robin Hayes replaced him.

At times, JetBlue doesn’t help itself. Every airline had a difficult second quarter, but JetBlue was the only major carrier that lost money. On Tuesday, when it reported earnings, its shares fell 6.4%. By Wednesday afternoon, its shares had regained the lost ground.

More than two thirds of JetBlue operations touch the Northeast, making it uniquely susceptible to both Northeast weather and congested Northeast skies. On occasion, however, operational and crew scheduling problems have seemed excessive even for a Northeast carrier.

Embry Riddle professor Bijan Vasigh says the proposed Spirit merger has both positive and negative aspects. He noted the post-2000 mergers left the industry with just four major competitors: JetBlue plus Spirit would be the fifth. “The airline industry has an unbelievable amount of traffic, so it is able to increase prices and rationalize profitability, and the same can go for JetBlue, if the government approves the merger,” Vasigh said.

Vasigh said the biggest merger problem is that, “These airlines are competitive, both offer low fares, especially in Florida, (where) Fort Lauderdale and Orlando have a lot of overlap.” He said JetBlue is viewed as a quality airline, while Spirit is not. The list of merger challenges is long: it includes operations, cultures, regulatory and financial.

Travel columnist Joe Brancatelli recently termed JetBlue “the dogged pursuer that has been willing to overpay by an absurd amount to get Spirit’s alleged assets (mostly newish aircraft and a core of pilots).”

Still, it is worth noting that when Alaska acquired Virgin America in April 2016, the $4 billion price tag was also widely felt to be too high. But Alaska got a bigger presence at San Francisco International Airport, and it has managed well. Today, it is the third largest domestic carrier at SFO, with 9% of the domestic traffic. In 2024, Alaska will join codeshare partner American in SFO Terminal One.

On the earnings call on Tuesday, Hayes saud the Spirit deal “turbocharges our strategic growth plan.” He said the deal should close in the first half of 2024 and should “deliver $600 million to $700 million in annual net synergies.”

As the call ended, an analyst asked whether JetBlue’s transatlantic strategy will change due to the Spirit acquisition. “No, it’s unchanged,” Hayes responded. “As we think about Europe it’s really flying to the markets in Europe that are most important to New York and Boston. We’re really looking at Spirit transaction to help grow our presence outside of the Northeast.” By fall, JetBlue will have five daily transatlantic departure.

In fact, during an earnings season when most airlines touted capacity cuts, JetBlue looked at things entirely differently. The carrier has cut capacity, and in fact was early to do so, but it is growing in the Northeast thanks to its operating agreement with American, growing in the trans-Atlantic thanks to London and, most significantly is working on the Spirit deal.

In New York, several factors contribute to JetBlue growth. The main one is the Northeast Alliance with American. “We’ve created robust competition, (we have) more daily departures than Delta and United,” Hayes said.

Also, JetBlue has new terminals at both LaGuardia and Newark. They add costs, but President Joanna Joanna Geraghty said, “New York has historically been a margin building engine for JetBlue, and it’s not fully recovered yet” from the pandemic. “By the way, at Newark, they’re tearing (the old terminal) down, so there’s not an option there,” she added.