With an impressive collection of cars to his name, Drake is something of a car guy. Nowhere is that more clearly indicated than in his latest music video for the song “Sticky.”

The video is for the latest single off his recent album, Honestly, Nevermind, and it features the one-off luxury off-roader, Project Maybach x Virgil Abloh. Seen by a lakeside with Drake wearing fishing gear, the car’s rugged appearance is taken advantage of.

The car was produced as a collaboration between Mercedes’ ultra luxury arm Maybach and the influential fashion designer and polymath Virgil Abloh. Described as a “two-seater, battery electric off-road coupe” it’s a no holds barred look at what EV design could be like for the luxury segment.

Measuring in a 236.2-inches (5.9 meters) in length, the concept merges old school design cues (the long hood and the coupe body lines) with off-road additions (an external roll-cage and massive all-terrain tires) and a retro-futuristic interior.

Noteworthy in its own right as a fascinating piece of forward-looking design, the Project Maybach x Virgil Abloh was also unfortunately one of the designer‘s last projects. Abloh sadly passed away just days before the unveiling of the car at the age of 41 after being diagnosed with cardiac angiosarcoma in 2019. 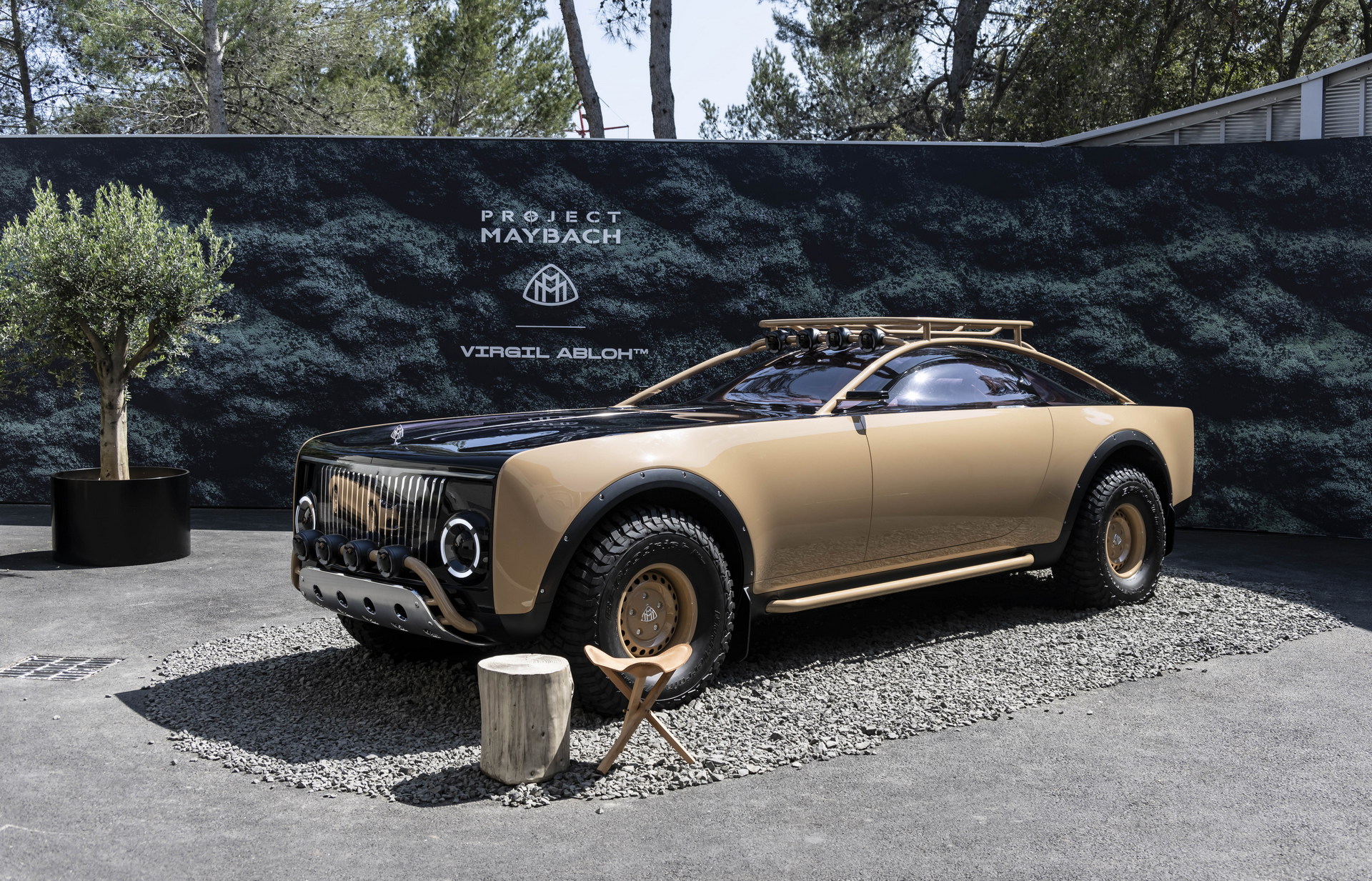 After its unveiling, the car was showcased to the public at the Rubell Museum in Miami, Florida. Drake, meanwhile, was clearly excited about being allowed to shoot with the car, posting only a photo of the car under a wrap to Instagram before releasing his latest video, which was directed by Theo Skudra.

His excitement at being allowed to shoot with the car was, perhaps, predictable given his history of enthusiasm. The Dupont Registry reports that the Canadian rapper has owned a Ferrari LaFerrari, Mercedes-Maybach G650 Landaulet, Rolls-Royce Cullinan by Chrome Hearts and more in the past.

Mercedes will doubtless be pleased about having its concept car featured by the artist, too. Just one day after dropping on August 2, the video has been seen 1.8 million times and the album the song is featured on, Honestly, Nevermind, debuted at number 1 on the Billboard 200 in June.