A COLLEGE community is in mourning after police revealed that one of its professors allegedly killed a student.

According to police Richard Sigman, 47, allegedly shot 18-year-old University of West Georgia student Anna Jones at a parking deck around 12.30am on Saturday.

Jones was rushed to a nearby hospital but doctors were unable to save her.

“It was shocking,” said friend Cheyenne Sexton. “My mother-in-law called me and immediately told me and I burst out in tears.”

Sigman is now in custody and has since been fired by the university.

“UWG has terminated the employment of Richard Sigman and continues to work with the city of Carrollton Police Department, which leads this ongoing investigation,” said the university in a statement. 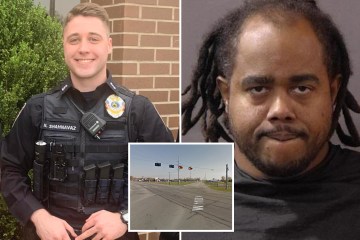 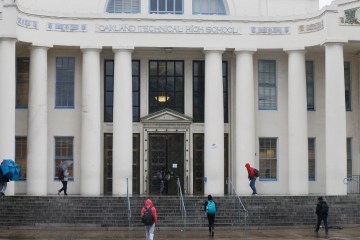 It is unknown if Sigman intended to target Jones or if they even knew each other.

“It’s just it’s so close to home, and they wouldn’t really expect that,” said Sexton.

“She didn’t have anybody that hated her.”

Investigators said Sigman got into a fight at Leopoldo’s Pizza Napoletana, where he reportedly threatened to shoot the man he was arguing with.

When security saw he had a gun, Sigman was asked to leave the area.

Detectives say that’s when Sigman walked to the parking deck a block away from the pizza shop and opened fire on the parked car where Jones was sitting.

“This case is active and ongoing. Anyone with information is encouraged to contact the Carrollton Police Department,” said police in a statement on Facebook.

Jones had recently graduated from Mount Zion High School, which posted a tribute following the news of her passing.

“It is with great sadness that we write to inform you of the passing of Anna Jones, a recent Class of 2022 graduate of MZHS,” the school wrote.

“Anna loved this school and this community, and she will be missed dearly by many. Please keep her family and friends in your thoughts and prayers as they go through this difficult time.”

Counseling and support services are being made available to all UWG students, faculty and staff, according to the school’s website.

A GoFundMe was also created to help Jones’ family cover her funeral expenses.